May Books Part One

Today is the June bank holiday here. There was just a downpour, so I'm sure many people are disappointed in the weather, but there was sun on Saturday and some yesterday. I've been picking things from our container garden, which went crazy while we were gone last week. There's a lot of spinach and lettuce, looks like the courgettes are starting to form, I pulled some radishes, snipped some scallions, and have had some mustard leaves and radish 'microgreens.' Yum! I'm still waiting for beans to come up and am watching the cucumber plants. There has been a lot of rain over the past 10 days, and it's been cooler than normal (yay!) so I'm not sure how well some things will do, but time will tell.

I spent some quality time in May with some really good books. Here's a bit about the first few of them.

Spring by Ali Smith
This is the third book in the author’s seasonal quartet, which started with Autumn, moved on to Winter, and is now at Spring. All of them have been excellent, very topical, and definitely worth reading. They do not have to be read in any particular order, as they’re all stand-alone books and not a series, other than the focus on the seasons. In Spring, Smith has two storylines, one involving a film director who is grieving the loss of a very close friend and mentor. The other revolves around a worker in a UK detention facility where asylum seekers are imprisoned. Eventually, these two plotlines intersect in ways that investigate class, gender issues, immigration, art, how easy it can be for a person to lose their humanity, and how others step up to fight back and help those who need it.

Thunderstruck by Elizabeth McCracken
This is a collection of short stories that I learned about in a books email. I think it might have been Lit Hub. I get a lot of book emails. I’m glad I found out about the book--it was a good read. She has a new book out that I found out about recently and requested--it’s about candlepin bowling, among other things. I have happy memories of hanging out with Bill at the candlepin bowling alley when we were first together (over 39 years ago!!!)--he played in a league back then. One of the guys on his ‘team’ used to kick the ball return when he wasn’t happy with how his turn went--he was usually toasted by then.

The Last by Hanna Jameson
A group of people from many different countries are at a hotel in rural Switzerland and discover one morning that a nuclear bomb has been dropped on the White House with others to follow in various parts of the world. They have no idea what is going on and what places might have been spared. Many flee, but 20 or so decide to stay.

I learned of this book in one of the book-related emails I get--I think it was Lit Hub. It sounded like my cup of tea, so I requested it. Bill looked at it when I picked it up and thought it sounded good, too, so he read it first and quite liked it. I agreed with him that it was a page-turner. We both found the ending pretty weak, rushed, and with regard to one aspect of it, which I won’t give away here, pretty implausible. The rest of the book seemed sadly possible--if any of the things happened as written, I would not be surprised. In spite of the problems we had with the ending, though, we both thought it was a good read.

The Pit Prop Syndicate by Freeman Wills Crofts
I saw this author’s Inspector French character mentioned somewhere and read how well-respected Crofts was by other Golden Age of Mystery writers. I went to Project Gutenberg and they had this, his first novel, so I downloaded it. It is not an Inspector French novel and was so convoluted and weird, that I am not sure I wish to read any more of his work. If I decide I do, the e-book section of the library has some Inspector French novels. In this one, a guy who works for a wine company is in France on a ‘motor-bicycle’ riding around country roads. At one point, he is behind a lorry with a number on the back. He notices a while later that he is low on petrol and turns down a lane to see if there is a place where he can buy some. He finds himself at the headquarters of a pit-prop business (large timber poles used in mining to prop up mine shafts). And there is the lorry he’d seen earlier, but this time with a different number. Something weird is going on. This continues to bother him when he returns to England and he shares the story at his club. Another man is immediately intrigued and suggests they team up to try to solve the mystery. They do.

Tomorrow we need to do a library run. Since we were out of town last week, we couldn't pick up the books we have in and Tuesday is usually the day things arrive, so there could be more in tomorrow. We also have things to return.

I hope you are having a good day and have lots of good books on your TBR pile! 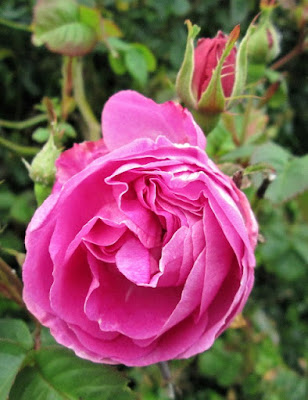 I love it when you are writing about books. Books are my friends too :) About rain ... here is it so dry. I have to water my sunflowers.

You've been reading some good books!

I've never heard of Candlepin bowling but since I love to bowl I googled it and it looka fun. Sadly there are no place here like that.

Aritha--I love the way you put that--'Books are my friends, too' What a great way to think about it! Still raining here and about 10 degrees. People are grumbling, but I love it!!!

Vicki--I'd never heard of candlepin bowling, either, until we moved to New England when I was a teen. I'd bowled as a kid, but it was 'regular' bowling. I don't think I ever tried candlepins. When I used to watch, it looked like they were really whipping the ball.