Yesterday we went to Ballyshannon to do an errand. This was completed quickly, so we had time to walk around a little bit and to eat the picnic lunch we'd brought. We'd been to Ballyshannon before, but only for a short time and in a limited area, and we've ridden through it on the bus many times, so it was nice to finally be able to wander around a little bit instead of just moving through.

The area where we had lunch is called Mall Quay. There's a grassy area with one picnic table and several benches scattered around. On one side is the River Erne and the photo above shows the estuary. Some people came and sat in their car nearby for part of the time we were there, but otherwise, we had the place to ourselves, at least until a swan arrived to have his/her lunch. 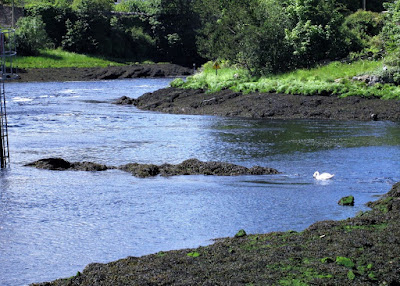 There is a slipway here, built in 1775. During the late eighteenth and the nineteenth centuries, Ballyshannon was an important port, in spite of a dangerous sandbar in the estuary. Killybegs was, at that time, a minor port, but it was able to handle large ships, so goods were often offloaded there and brought to Ballyshannon on smaller boats.

There are a few memorials here. 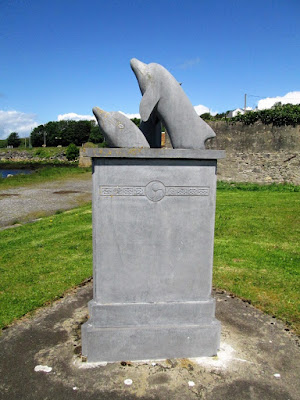 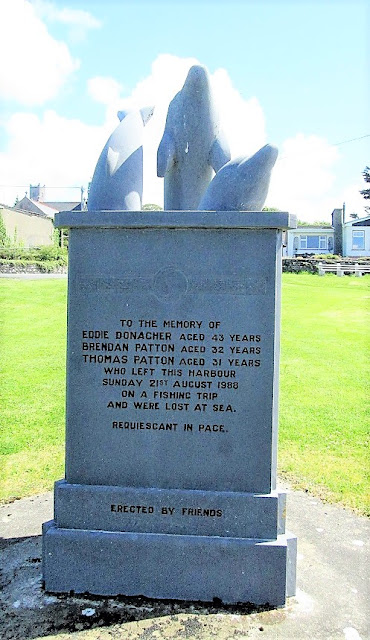 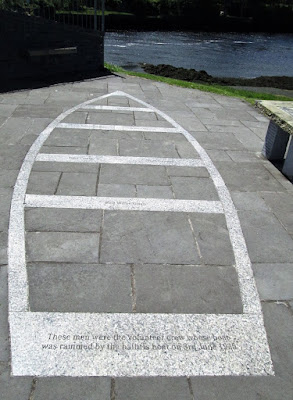 This bench is tucked away around the side and not visible from the main part of the quay. There's a narrow 'path' consisting of some flattened grass, which allows one to access it and the one that's tucked away out of sight. 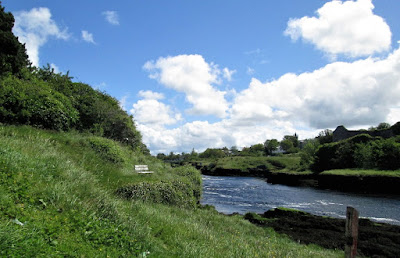 We had a nice day. The breeze/wind was very welcome and kept things comfortable in spite of the abundant sunshine, so I could enjoy the many shades of blue offered up by the sky and the water without feeling yucky. 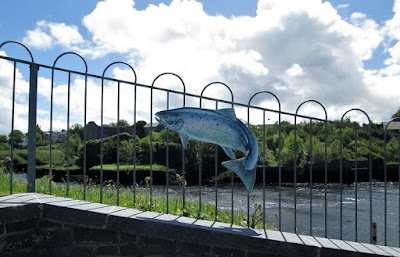 Wow, I love the color of the water! What a great place to spend some time, quiet and peaceful.

It was lovely--and I so enjoyed being in that quiet spot, tucked away behind the town. Just a short walk down the road and it was like being in a different world. I was surprised that there wasn't a crowd, but maybe there is on weekends.

This is a beautiful area and I suspect that Ireland has many of them tucked away in corners less travelled.

You're right, David--lots of beautiful 'hidden gems.' The only reason I knew about the Mall Quay area is because someone local told me it was there. :-)