Found in a Book

Two Doors Down by Annie McCartney
Bill came home with this book one day, having found it in the wee free library when he went to leave a few books in there. he said he thought I might like it. When I saw the title, it seemed familiar. My first thought was that I must be thinking of the band that Bill likes of the same name. Then I read the back and it dawned on me that I’d seen this listed on a BBC radio schedule once or twice. I may or may not have listened to an episode--I have a vague feeling that I might’ve, but not sure. In any case, I quite enjoyed the book. It did address some class issues, albeit in a sort of predictable way, but mostly it was just a lighthearted, fluffy read. Sally is a cleaner who works for several families on Marlborough Road in a section of Belfast. To her, they seem quite well off, although she later finds out they’re not as well off as some. She is quite a competent person who really keeps the dysfunctional families afloat--she smooths out ripples, keeps things in order, and the kids all love her. She keeps parts of her life hidden from them nonetheless, and when this causes some misunderstandings on all sides, she decides to take a different job in spite of her misgivings. Things do not go well for her or the families on Marlborough Road. Can they all resolve the issues they are facing and live happily ever after? You can probably guess the answer without me telling you!

Inside the book was this photo. 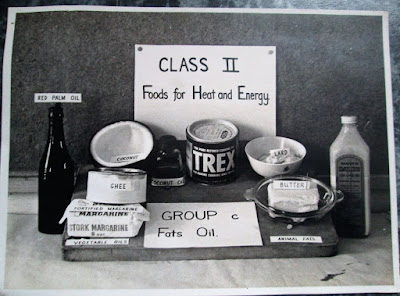 I'll donate the book to a charity shop, but I'm keeping the photo--not quite sure why, but I find it interesting.

The next book was less fluffy, even though the idea for it originated in a pub, according to the introduction:
Scribner Book of Irish Writing edited by John Somer and John J. Daly
I found this book in a charity shop a few years ago. It’s a nice collection of short stories by Irish authors. The editors wanted to have a sample of stories that illustrated the changing approaches to writing through the 20th century, beginning with Elizabeth Bowen. They included more well-known authors as well as those who are not household names--or at least weren't when the book was published. I must admit that the last story, by Neil Jordan, called 'The Dream of a Beast' was not one I enjoyed and it seemed to go on and on. When I finished it, I closed the book and said, 'What the hell was THAT all about?' I googled and discovered that I am not alone in my dislike of the story and puzzlement about just what was supposed to be going on. There were all kinds of explanations, and  while a few people loved the story, most thought it went on way too long and didn't have a whole lot to  say. I am in the latter camp and wouldn't read anything else by this guy, who is most well known for screenplays and movie stuff, I think. So the book ended on a bad note, but that was the worst story in the collection and since it's been thoughtfully placed at the end, one could just read the book and call it finished when one finished the story before it. I wished I'd done that!

I hope you're enjoying whatever you're currently reading!
Share
Posted by Shari Burke at 5.1.19

Maybe puzzling like the final story in the other book you read.

All my busy days of the past many weeks is behind me . . .
Two things I will be doing, daily walk, daily reading!

I really like that photo! LOL I would keep it, too. Back in blogland after a much needed month away. That first books sounds like a good, fast read--I kind of like those. I hope you and Bill have a wonderful, blessed 2019. Hugs- Diana