Here are the last few books I read last month.

The Longer Bodies by Gladys Mitchell
Another strange Mrs Bradley mystery, this time involving track and field events! Great Aunt Puddequet wants her grand nephews to become English champions in events such as discus, shit put, high jump, and long jump. whichever of them does this first will inherit most of her fortune. She has the appropriate areas built on her grounds and the grandnephews arrive, along with their sisters, who have been promised £100 apiece. A local renter, who is unliked and known to drink to much and abuse his wife, is killed and dumped into the lake. What happened and whodunit? Mrs Bradley does not actually appear until just after halfway through the book.

The Overstory by Richard Powers
This book is definitely in my top three favourites for this year, so far. I read it in chunks, becoming lost for a couple of hours at a time, unaware of what was going on around me. When I looked up, blinking and stiff, I had to get my bearings. This is a book about trees and people’s relationships with them and each other. It’s divided into sections--roots, trunk, leaves, seeds. The first section introduces readers to the cast of characters--it is like a series of short stories, each one about a different person. Almost all of them have some important experience with trees in their childhood. For a few, it’s not until they’re young adults that trees become central in their lives. And for a couple, trees do not take centre stage until their old age. As the book progresses, the people we’ve met earlier come in and out of the story. Some of them get involved with one another. It’s a varied bunch that includes a scientist, an artist, a former Vietnam vet who was piloting a helicopter that got shot down, only to be saved when he fell into a tree, a druggie college student whose life is changed one night, and others. The time frame of the book is roughly mid 20th century to the present day, although in a couple of cases, descriptions of family history go back further. The author inserts his characters into actual events, such as the Stanford Prison Experiment, the Vietnam War, logging protests in Oregon and California, and more. I guess someone once described this author as ‘the best author you’ve never heard of.’ I had not heard of him until I was listening to an Open Book (BBC Radio 4) podcast on the theme of nature writing, where he was one of the guests. I’m really glad I listened when I did. This book will stay with me for a long time.

The Ghost Map: The Story of London's Most Terrifying Epidemic – and How it Changed Science, Cities and the Modern World  by Steven Johnson
This book chronicles the 1854 Broad Street cholera outbreak in London and its aftermath. he describes the conditions at the time, how the disease thrives, and how two people of very different backgrounds came together to figure out what had happened. Dr Snow worked out, against the popular theory of the day and inspite of much professional ridicule, that cholera was transmitted through water, not a miasma. A curate named Whitehead knew the neighbourhood well and made regular visits to people who lived there. people talked to him. he knew their activities and, working together with Dr Snow, they were able to determine where the cholera was coming from. I found this book quite interesting and highly readable.

The Saltmarsh Murders by Gladys Mitchell
This is another Mrs Bradley mystery. After reading the ending of this one, I am getting some idea about why these books might be as popular as some of the other books from the same era. I quite enjoy them, but they are different and the detective herself is definitely unique! I find them interesting because they are different. In this one, the vicar’s wife is not well liked and tends to be overly moralistic. One of the servants ends up pregnant, so she throws her out. The servant has the baby, but the baby disappears and she is murdered. Fortunately, Mrs. Bradley is there to solve that mystery and the others that crop up in the village of Saltmarsh. 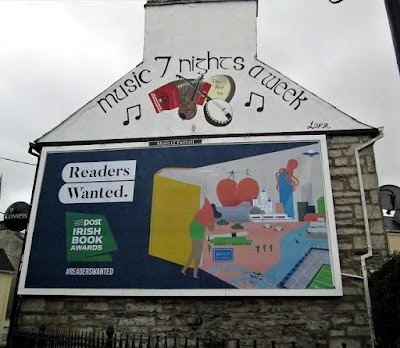 You have read some really good books with this batch. I jotted a couple of them down..and hope to have a bit of reading time this winter. xo Diana

I will have to go into hibernation
to read all the books you and others suggest . . .
I am failing big time in the READS department!