The End of Another Month and Books

This month has flown by! When it began we were getting ready for our daughter's visit. She came, I got to spend time in my favourite part of the world--southwest Donegal--she went home, we came home, and now it's back to the usual spring/summer blues! I am tired and achy, feeling the usual hum of agitation that constantly runs in the background of my days as the light increases, not sleeping as well as I did a couple of months ago, and reminding myself that in less than two months we will start to lose daylight again, which brings me comfort. It is already past 9 before it gets dark and we'll add more than an hour and a half to that before we move in the other direction. Sad.

I am always grateful for books, though, and I find them even more important when I need to move my mind in another direction. Distraction is very good for me between March and September and books help with that. Here are some of the books I read in April.

Why Buddhism Is True: The Science and Philosophy of Meditation and Enlightenment by Robert Wright
Let me say right off the bat that the title of this book is problematic. I probably would not have even been interested in it if not for the fact that I have read some of the author’s previous work and been very impressed by it. He recognizes the problems with his title, too--he discusses these at the beginning and again at the end. Right off the bat, he explains that he is going not going to focus on all of the various kinds of Buddhism out there, nor is he interested in the supernatural elements that have been added as Buddhism evolved. In fact, he is actually really talking about one small piece of one kind of Buddhism and that is insight meditation. In a nutshell, his argument is that insight meditation can change people’s lives for the better and in so doing, improve the world. he points out that we get through life by telling stories to ourselves and others. We can’t help doing this as it’s hard-wired. Insight meditation helps us gain some distance from some of the stories in our heads and seeing that things and people are not always as they seem to us.  By gaining insight into our own minds, feelings, and responses, we can bring calmness and clarity to difficult situations. he states that, ‘ I think the salvation of the world can be secured via the cultivation of calm, clear minds and the wisdom they allow. Such minds can, for one thing, keep us from overreacting to threats and thus from feeding the vicious cycles that intensify conflicts. Calm clear minds can also help us soberly assess what animates the threats...we don’t have to love our enemies, but seeing them clearly is essential.’ (p 256-257). He makes his arguments about this practice and its benefits and difficulties, relates his own experiences, and discusses the scientific and philosophical work that supports it. The subtitle of the book is not at all problematic. I do not call myself a Buddhist because, like him, I feel it would be disrespectful to people who do identify this way and who practice regularly. I use Mary Pipher’s term, ‘Buddhish’ because although I do not practice insight meditation or any of the other forms regularly, I have adapted the ideas in ways that work for me. I find basic Buddhist ideas about life and how to live very useful and commonsensical. One thing that struck me as I read the book was how so much of what he was talking about beyond actually sitting on the cushion, was so familiar to me. And I could see some connections with the sort of anthropology I’ve practiced since I was a kid. For me, there was nothing about the Buddhist stuff he wrote about that was new, although it would be a fine introduction to this part of it if someone was interested. I listen to a lot of dharma talks, particularly those given by Martine Batchelor, who talks about many of the Buddhist themes Wright writes about--and she is also interested in the practicalities of how people can use these tools to improve their everyday lives. I have found her talks very helpful and encouraging--and outting these things into pracrtice has improved my life. To get back to the book though, in spite of the fact that I did not learn anythng new about Buddhism, it was definitely worth reading, because I learned a lot about the psychology and brain studies that support the claims made by some Western practitioners of insight meditation and Buddhists of old.

The Hoarder by Jess Kidd
In this novel, the author’s second, Maud is given the job of being a home care worker for the difficult, reclusive, widowed Cathal. Although they are in London, they are both Irish, and Maud thinks this is why she was given the job. Others before her have failed. Cathal is the hoarder of the title and the house is a mess, as he is himself. When Maud finds strange photographs with faces burned away and strange things begin to happen, her curiosity is piqued and, with the help of her landlady and various saints, who hover around, she begins to investigate. I thoroughly enjoyed this book, as I did Himself, the author’s first novel. A more detailed review can be found here.

A Death in Holy Orders by PD James
A remote, isolated school for the education and training of young men who will become Anglican priests is thrown into turmoil when one of them is found dead. It is considered an accident, but the boy’s father is unconvinced and asks Adam Dalgliesh to look into it. He has memories of staying at the school with a family friend when he was young and on holiday, so he goes to investigate. There is an explosive mix of people at the school the weekend he is there and trouble ensues. I picked this up at a charity shop and now it is destined for the wee free library.

Passenger to Frankfurt by Agatha Christie
We were on a bus across the country one night, on our way from Dublin Airport to Donegal Town. Most of the other passengers were sleeping and though there were overhead lights, I did not want to turn mine on, lest it disturb someone, so I got out my e-reader. It had been a long day and I wanted something cosy, so I went into my Agatha Christie folder and just tapped on something. The story is a bit fantastic, but still, I enjoyed it, and it hit the spot.

I hope that April was a good month in your world! 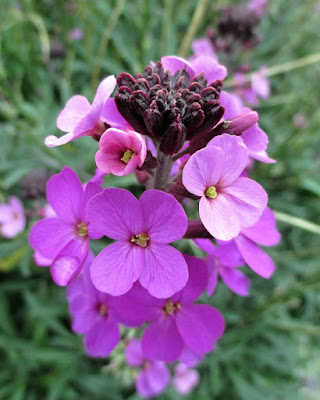