Tea and a Book in the Back Garden

After lunch, I went outside and re-potted a couple of plants. It was nice outside, even with the sunshine, because there was a cool breeze blowing. When I was done, I decided to make a cuppa and go outside to read. Just before I went out, the clouds came, which made things pretty much perfect. I plunked myself into a chair, put my feet up on the wall and started reading. The birds were singing, the breeze was blowing, and it was so peaceful. 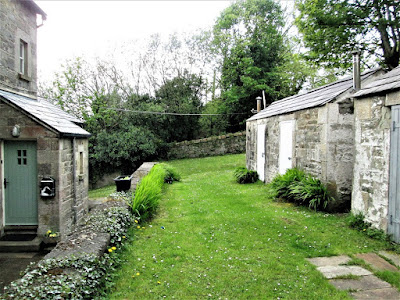 The window box on the wall contains our lettuce. We are going to do some container gardening this summer as we attempt to grow various veggies. 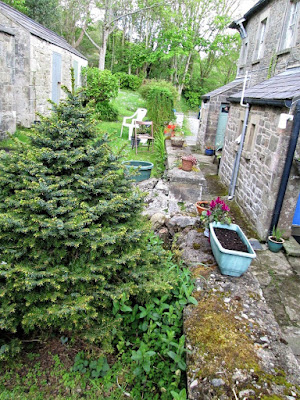 On this end, there will be mostly flowers. These are done by a friend/neighbour, who also has a gorgeous garden area in front and does beautiful window boxes and hanging baskets. She's been getting her hands dirty recently, now that spring has arrived! 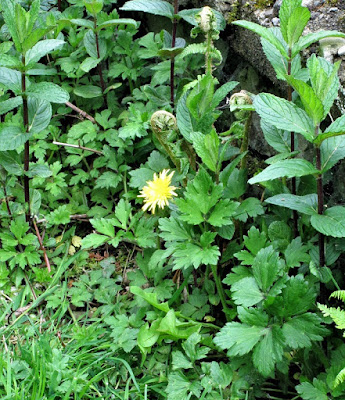 As I was sipping my tea, I noticed the ferns, nestled in the mint, starting to unfurl.

It was such a lovely way to spend part of my day, even though the book I am reading is harrowing. It's Midnight in Chernobyl: The Untold Story of the World's Greatest Nuclear Disaster by Adam Higginbotham. The author is a fine writer and the book reads like a novel. I am not sure that a fiction writer could actually come up with a set of characters this inept, though. If this was a work of fiction and not history, it would be quite unbelievable as a plotline. The sheer number of people who had high ranking positions at this facility and who decided maybe they'd better educate themselves about nuclear physics (in the case of one guy, by taking a correspondence course!) is mind-boggling. And even after the explosion, the people in charge were telling the people who had seen the aftermath that they were wrong, because an explosion was simply impossible. As they sat in their bunker, the people tasked with coming up with a response plan simply denied that an explosion had occurred and began talking about fixing the problem and getting the reactor back up and running.

So, as I read about radioactive rain falling over Sweden and terrified people being threatened with bullets if they didn't enter the area around Unit 4 of the Chernobyl plant, it was nice to look up every once in a while, take in my lovely green surroundings, listen to the birds singing--and to consider how quickly it could all be lost.

I recently completed Midnight in Chernobyl. It was one of the most impressive books I've read in a while. I had to put it down a few times as it got a bit too intense, but I felt I owed it to the people who lived through that disaster to go back in and continue. I just wish my niece who is a nuclear engineer lived a bit closer; I would love to have a long sit-down and discuss the book with her. BTW, have you tried any of Eliot Pattison's Inspector Shan books?

Wow, yeah, it would be fascinating to have a conversation with your niece about the book! I'm hoping to finish this afternoon. I have not heard of the Inspector Shan books--thanks for the tip!