Tucked Away on Pearse Street: The Jackie Clarke Garden

We came across the Jackie Clarke Collection building shortly after getting off the bus in Ballina. It was closed that day, but we popped into the garden and spent some time there a couple of days later. Jackie Clarke was a Ballina businessman who had collected a lot of Irish historical material during his life.  He died in 2000 and in 2005, his widow donated it to Mayo County Council. They acquired an old bank building in which to house it.

The garden is a lovely spot, even in October when flowers are not as abundant. 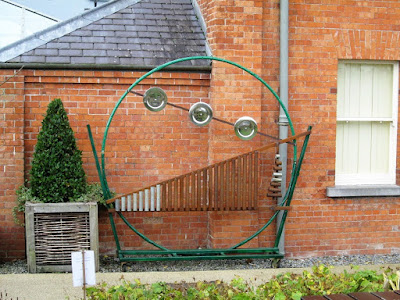 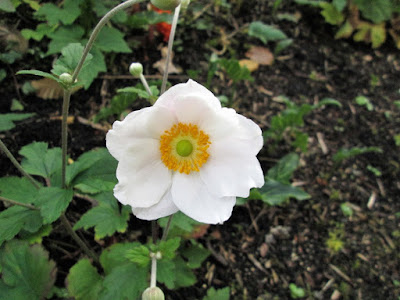 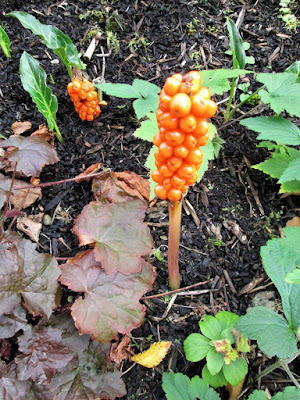 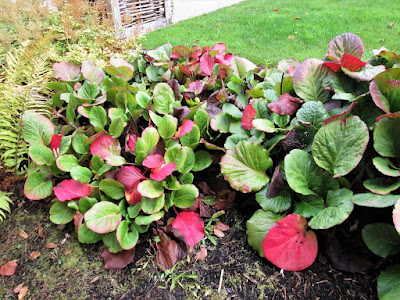 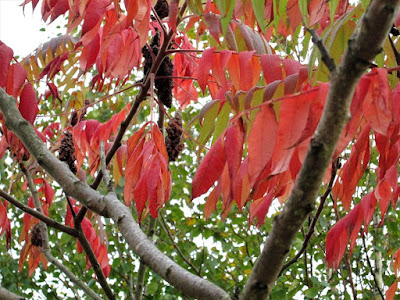 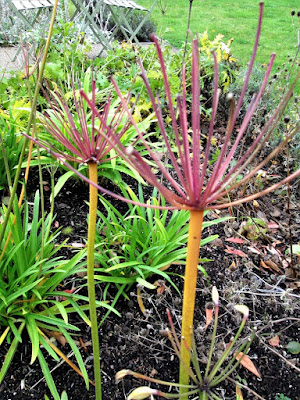 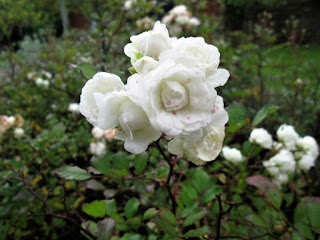 There were also apple trees and some raised beds with veggies still growing--lettuce, chard, bok choy.

There was also a small shed-like space in which a replica of an old Irish classroom had been set up, complete with nun in the corner. 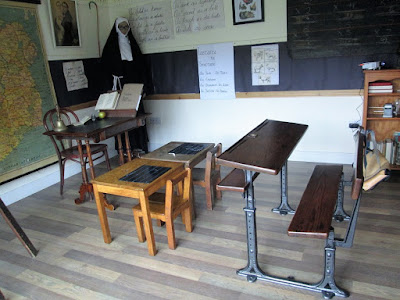 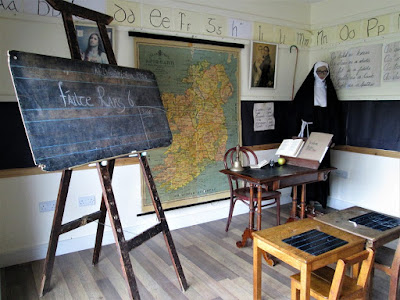 From Pearse Street, which is one of the main roads in town, you'd never know that this lovely spot was just behind the fence, which is covered with this mural. 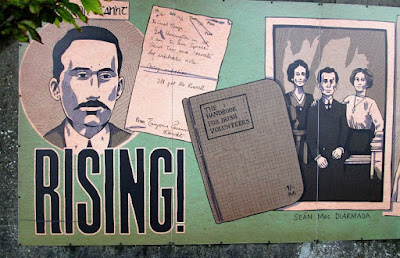 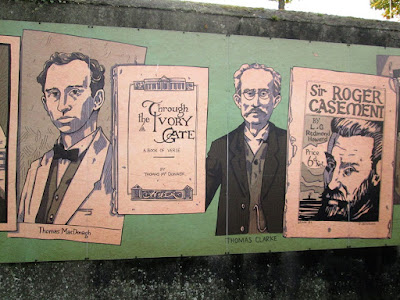 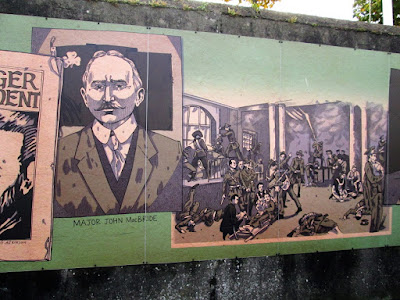 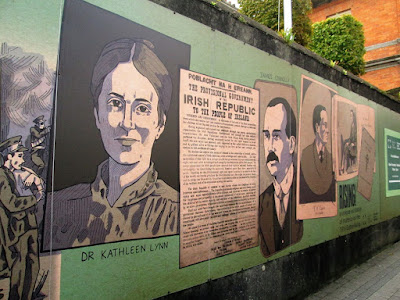 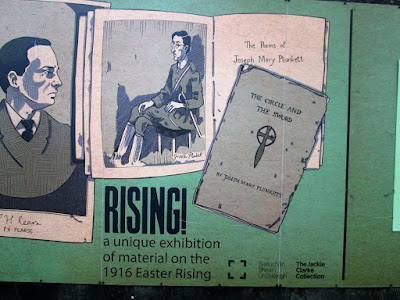 The side street, where we came out, has a different look. 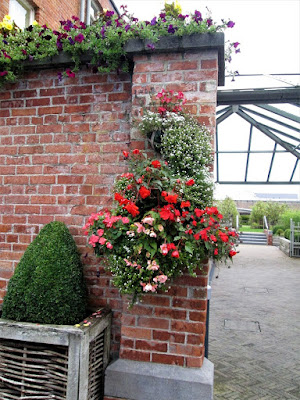 It was beautiful on the October day we were there. We sat for a little while and enjoyed the peace and quiet. I'm sure it's quite lovely when all the flowers are in bloom!
Share
Posted by Shari Burke at 14.10.18

What a great looking place you found. That "fish" is amazing. Everything has stopped blooming/growing here. We had a hard freeze night before last so stuff is about "done". I hope you have a great Sunday- xo Diana