Abandoned, Willingly or Not

As we randomly wander around various places, we see the sad things as well as the good things. Because we're on foot, we see small things we'd otherwise miss, or at least not see in as much detail. So it was in Ballina. When we left the hotel one morning, we decided to walk along the river, opting to take a left (we turned right later in the day). We walked along until we came to the end of the footpath (sidewalk) and turned up the road that went up the hill. There we started to see some boarded up houses. 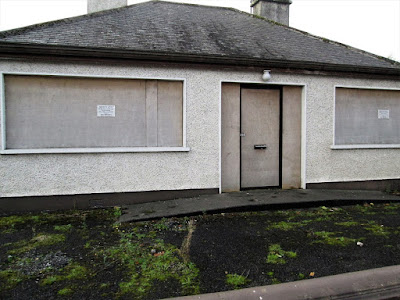 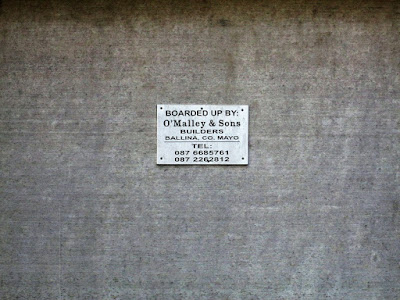 When we came to the T-junction at the end of that road, we went left again to head back towards town and found ourselves on a street with well-kept, sometimes fairly large homes on one side and abandoned homes along the other side of the street. 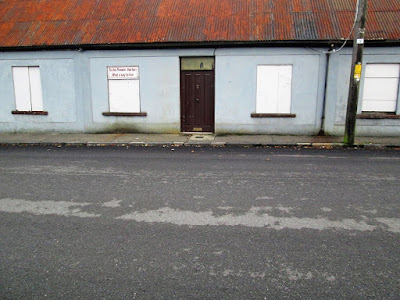 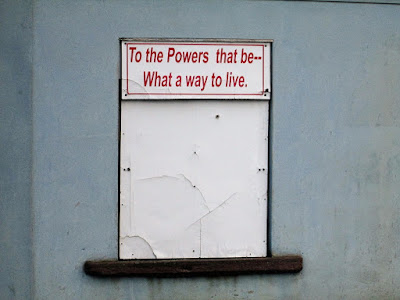 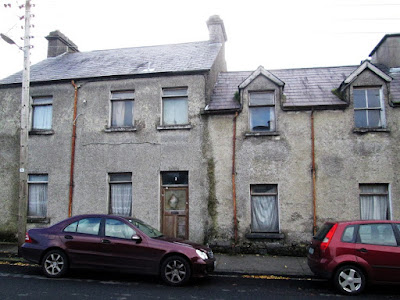 We've been told that the west of Ireland never did feel the benefits of the Celtic Tiger economy, so when the crash came, it was that much worse for people in this part of the country. I don't know whether people left these houses during the crash or whether they left willingly or unwillingly. It's kind of sad to see them, though, especially all clustered together this way, and to wonder where the former inhabitants are now. I wish them well and hope they're safe, adequately nourished, warm, and dry. I wish the same for you!

It is sad to see something like that, Shari. There are small abandoned towns in the south, too, that just break my heart to go through their streets. Oh! To be able to bring hope and work and revitalize those towns. What joy that would bring to so many.

That little white house is just adorable-too bad it has been left to fall into ruin. xo Diana