A Bit of Public Art in Ballina

We walked again today. We did some walking around town again, but mostly we were by the river.

We walked along a path we'd seen yesterday. By then the sun was out and it was war in places, but along the river there was a lovely wind blowing and it wasn't too hot. We didn't get all the way to the end of the footpath--we're not sure how far it goes--but it's a very peaceful and enjoyable walk.

We came across this as we walked. We stopped to take a look. 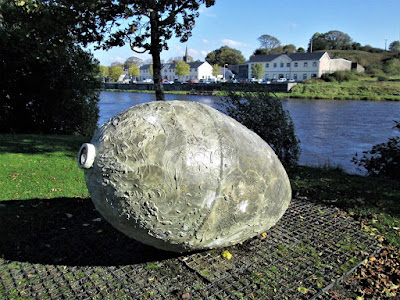 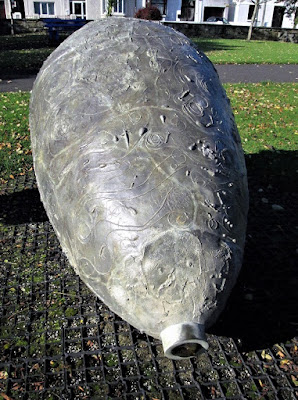 Then we looked through the lens. 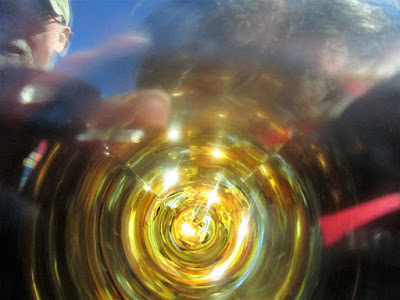 It was different depending on which angle you looked in from. Pretty cool!

I had some difficulty finding out about this piece, but I found a short piece about the artist and her work which includes a slide show. This is included in that and by clicking on the photo, I discovered that this piece was created in 2013 by Rachel Joynt. It's called 'Instinct.' Based on what I saw in the slideshow, in addition to this piece, it looks like she does some incredible work.

In town, we passed by this sculpture by Joe Neeson, which is called 'Flow.' It was officially launched in July 2010. You can read a bit about this artwork here.

Last, but not least, here's a bit of Mother Earth's artwork down by the riverside. 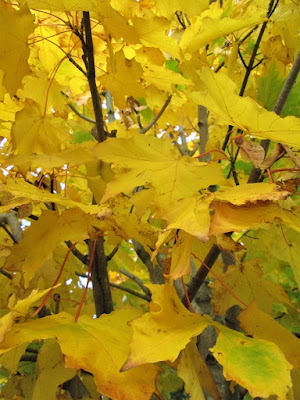 Mother Earth's artwork is quite spectacular, too!

Liking the art pieces . . .
Nature art is a gorgeous yellow here this year too!