Scenes from the Bus and an Airport Buddha

Our daughter is visiting for a few days. She arrived Wednesday and we hopped on a bus to Dublin Airport to meet her. The double-decker bus we were on had bench seats facing each other with a small table in between, in the front of the bottom level, and I sat facing the rear of the bus. It was a little weird to be moving forward and facing backwards, but it was a comfortable ride.

Just over the border with Northern Ireland, in Strabane, we passed this sculpture, called Let the Dance Begin 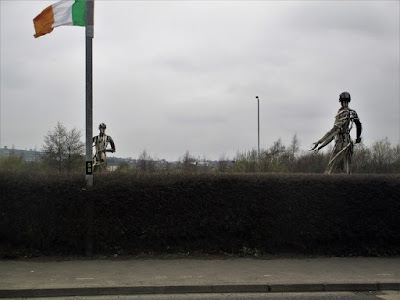 I think we were still in Strabane when I took these, but I'm not positive. 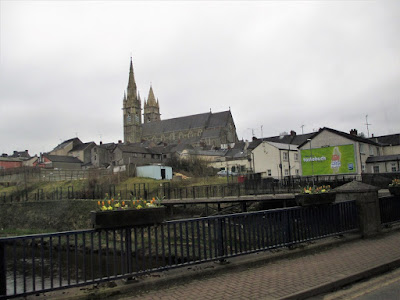 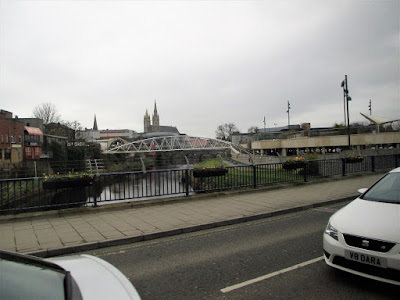 In Omagh, the coffee stop appears to be in the church. 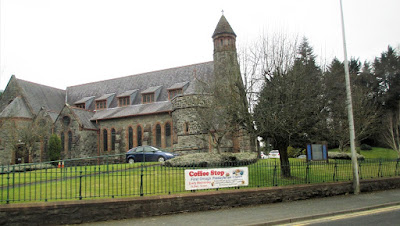 We soon passed through Northern Ireland and back into the republic. Eventually we got to a dual carriageway and toll booths--been a long time since we were in that kind of traffic on those sorts of roads.

We arrived at Dublin Airport with time to kill, so we wandered around a bit and came across the airport Buddha outside a food place. 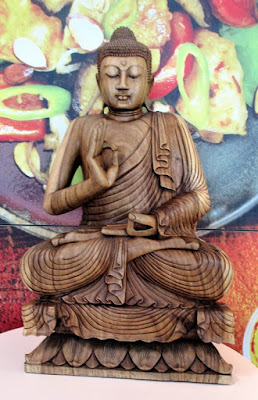 It was too dark to see much of anything on the bus ride out of the airport. I was once again impressed  by the bus driver--I often am. They need quite a variety of skills to do that job, involving as it does not only driving, but interacting with all sorts of people. They also do quite a good job of remembering who is going where. On this night, we were at a stop after 11 pm, with the drover calling out, 'Belleek! We're in Belleek!!' There was no response, so he got up and walked back to find the guy who wanted to get off at Belleek. He had to wake him up and wait for the guy to gather his stuff and get himself off the bus.