Another month begins--it's hard to believe that the first quarter of 2018 has already passed us by. A new month means a new book list, but for now, here's the rest of last month's reading. 📘

Uniquely Felt by Christine White
This book was fascinating. Most of it was about different kinds of wet felting, although needle felting was briefly mentioned. I am not likely to ever engage in wet felting, for various reasons, but I love needle felting and the possibilities it offers and this book had a lot to offer anyway. The author discusses felt in general--how the process works, what fibres felt well and how, what to look/feel for when felting, and more. She discusses her own process. She provides short vignettes of other felt artists. She provides some sample projects for people who want to practice and gives tips about how to tweak things, if desired. The photos are well done. I thoroughly enjoyed the book, learned some new stuff, and am glad it was in the library system for me to find!

Angels by Marian Keyes
This is the third book in the Walsh family series by this author. It may well be the last one of the series I read. Out of the 4 books by this author that I’ve read, this was the one I liked the least. This is probably more about me than her, to be honest. The writing was good and there were funny moments, as in her other books, but I did not engage with the characters or the setting. Maggie and her husband are having problems and they split up. Her childhood friend, Emily, invites her to come to LA where she is working as a writer of screenplays. Emily has had a brush with success, when one of her screenplays was bought, but no movie was ever made and things got desperate. She is frantically working on a new screenplay and decides that if she can’t sell it, she will have to give up, when she learns about Maggie’s situation and invites her to stay. Maggie goes, planning to stay for a month while she comes to terms with the end of her marriage. She quickly becomes enmeshed in Emily’s social and professional life. I could not connect at all. They went shopping a lot and I don’t care for shopping. I was not interested in the superficial people or the whole Hollywood thing. Unless it’s a documentary about a subject that interests me, I don’t watch movies. I read stuff and I listen to stuff while doing something else. Sitting and watching usually drives me nuts. So I did not give a hoot about that world. I did not care what happened to any of them. The best part of the book, which I did enjoy, was when Maggie’s parents and two of her sisters decide to visit LA too. At one point, they go to the premiere of an arty movie made by one of thefriends of Maggie and Emily. Mr Walsh is quite confused when it ends, expecting there to be more. ‘Where’s the rest of it?’ he asks, ‘That’s no ending!’ Maggie’s sister is a bit more direct. ‘That was shite,’ she said. I had the next book in the Walsh family series on the bookshelf, having picked it up at a charity shop. I looked at it, decided I did not care enough to invest the time, and put it in the wee free library.

My Buried Life by Doreen Finn
I came across this book in the e-book section of the library under Irish authors. I’d not heard of the book or the author before, but I am glad I stumbled across it! Eva has been living in New York City, but comes home to Dublin after her estranged mother dies. She is in her childhood home and has to face some demons--the same demons that drove her to alcoholism and NY. Her great-aunt lives in a garden flat and they get along well, but Eva has a lot of buried issues to come to terms with and she finds out some things that were new to her. She spends some time thinking about the past and how things unfolded, even as she tries to figure out how to move forward. The ending did seem a little bit trite, as a new character was introduced quite near the end and things sort of hurtled to a neat and tidy conclusion after that, but I enjoyed the book in spite of this.

Wintering Out by Seamus Heaney
A poetry collection

The Sun and Her Flowers by Rupi Kaur
I was not familiar with this poet-artist’s work when I came across this book in the e-book section of the library website. I’ve since learned that this is her second poetry collection and that the first one was #1 on the Times Book Review bestseller list. She often performs her poetry and she does visual art as well. The book includes her poems and drawings. It is quite a powerful collection. Some of these poems took my breath away. Themes range from the end of a love relationship, intimate partner abuse, rape and its aftermath, immigration, patriarchy, female infanticide, and more.

A Dark Adapted Eye by Barbara Vine (Ruth Rendell)
This is the first book Rendell wrote under the pen name Barbara Vine. I picked it up in a charity shop. It was a strange book in some ways. I wasn’t sure I was going to continue with it after reading the first 25 pages or so and then not picking it up for a few days. Then I decided that I should make a decision about whether to place it in the pile for the wee free library then or after I’d read it. I picked it up and gave it another shot and ended up reading the rest of it that day. The book begins with Vera, the narrator’s aunt (her father’s twin) about to be hanged. From there the story moves forwards and backwards as the narrator, Faith, corresponds with a writer who wants to write a book about the case some years later and asks for her help. She thinks about events in the family history, goes over her memories and in some cases, reinterprets them, talks to other family members to get their memories, and discovers new information in the process. New mysteries are uncovered by the would-be author in the course of his investigations. In the end, nothing is resolved. The new mysteries remain unsolved and the questions surrounding Vera’s actions remain unanswered.

Here's hoping for a wonderful start to a new month! 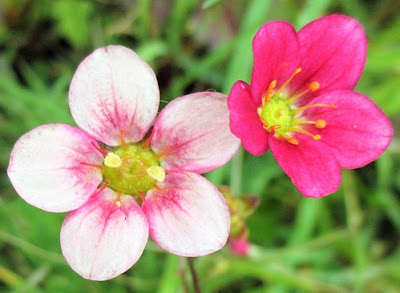