March marches on with Bill in recovery mode and me settling in with the arrival of my annual spring depression.

Turns out that Bill's rash is shingles. He showed it to the GP last week when he went for his regular INR test. The GP thought it looked infected, so he gave Bill a prescription for antibiotics. Bill finished the course yesterday. Fortunately Bill did not have the pain that is usual with shingles--the GP was astonished that he had no pain because it was a pretty bad case, he said. Now that everything is healing though, Bill's having more discomfort as everything itches. The back issue comes and goes. He has been able to get dressed and get out for short walks over the last couple of days, which is good. He's tired afterwards, which is also good. Yesterday we went out for a short walk and he came home and napped in the chair. He needs the sleep since he's not sleeping well at night.

We went out after lunch yesterday because we'd heard there were St Patrick's Day festivities going on and for some reason we thought they would begin in the early afternoon. We were wrong. The streets were very quiet. The flags were out though. 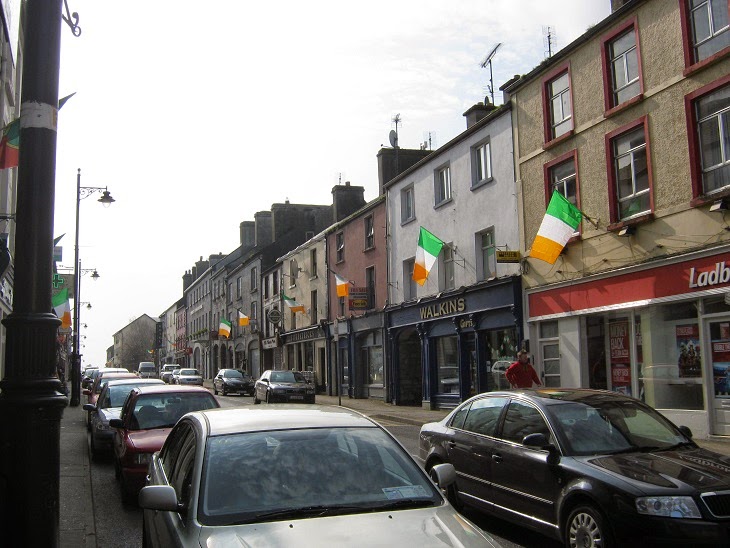 Bill got tired so we came home and he rested. I read. Later on people started to congregate. After a while we decided to go downstairs and wait for the parade, which we knew would pass right by our corner. We went out too soon because we waited for over half an hour before it finally came by--Bill's back was starting to bother him and he wasn't sure how much longer he'd be able to wait--it was nice that there were concrete walls to lean against. Eventually the parade came our way and Bill took a bunch of photos.

It was good to see him with his camera--in many ways life has just been on hold for a few weeks and he hasn't picked up his camera at all.

As for me, my annual spring depression arrived right on schedule. I was curious to see how the lack of winter would affect me and I think the answer is that since it was cool enough, it was OK. I know enough not to subject myself to one of those horrible places where it's hot all the time, but I wondered how I would be in a place where it just doesn't get cold at all. Turns out that for me--as long as it's cool enough--it's the light that make the difference. I do really well in the dark and this would explain why October, November, and December are the months when I feel good.  By January the light is returning fast and I am already dreading what's to come. The expanding hours of daylight make me sad. So it is. I have learned to just accept that this is the way it is for me. I loved it here when it was starting to get dark at 4 o'clock. I am not happy now when I notice that it's almost 7 and still light out. We will turn the clocks forward in a couple of weeks and it will be light even later. By June, the daylight will linger until 11. Summer solstice makes me happy not because it's the "longest" day, but because I know that from then on, there will be a little less light every day.

Anyway, here it is. The first few days are the worst and I just accept that it's here. I expect that when Bill recovers and we can go out and walk and take day trips, things will be better. At the moment I am devouring book after book (even more so than usual)--it is good for me to have stuff to learn and think about. I am best when my brain has something to occupy it. I enjoy seeing all of the flowers that are popping up. 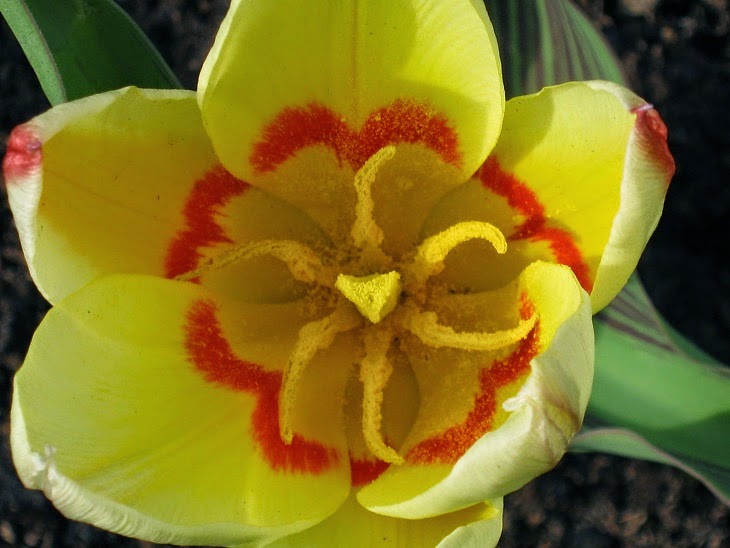 Of course I have a lot of podcasts to listen to and I have a pair of socks on my needles to work on while I listen. I am knitting the second in a pair now--cuff done, heel flap and heel turn next. I also got tired of having my spools of sewing and machine embroidery thread jumbled up in plastic bags, so I grabbed a clementine box I'd saved and organized all of that. 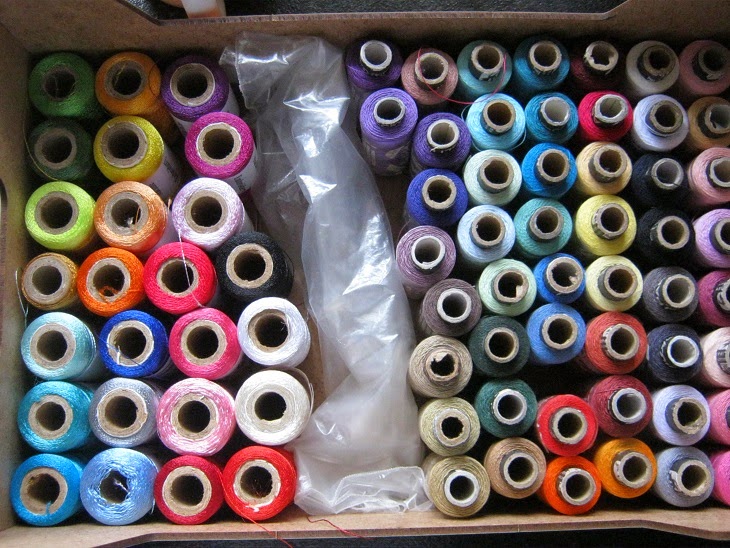 Looking at that makes me smile.

I have a book in at the library so will go off and pick that up later. We got the notification that it was in on Saturday, which is pretty unusual. It's an automated message and came after the library was already closed, so I couldn't go pick it up then. Library is closed on Sundays and Mondays anyway and it was closed yesterday because of the St Patrick's Day holiday, so today is the day. While I waited, I read a bunch of stuff I'd picked up at charity shops, none of which I plan to keep. I will pass them along and have that much less to haul with us when we move!

So we are having a little intermission from our regular life at the moment. I have missed my normal life, but have also been grateful for the parts of it that remain and that sustain me. Several years ago when I was living in a place that was like hell for me, I was in a very severe depression, which was unrelated to this seasonal stuff and far more serious. As I started to try and climb out of that, I realized that I had to seriously think about what kind of life I wanted to have and what I really needed, so I could keep that and dump the rest. I have tried to keep what I learned in focus ever since then and I've found that this knowledge really does help in times that are less than wonderful. I am glad that I have this understanding of myself.
Share
Posted by Shari Burke at 18.3.15

Dear Shari,
I am sorry to hear things have been tough. I am walking a fine line between looking forward to the warmth of the spring and a break from the brutal cold and the accompanying dread that recognizes the onset of summer, heat and humidity. I hope you both feel better! Please tell Mr. Burke that I enjoyed his photos of the parade. I was wondering what St. Patrick's Day in Ireland looked like!
Sincerely,
Dana

Thanks, Dana!! It was a nice time for people, being out and watching the parade. It's very different here in the small, rural town than it was in Dublin and larger places. I have heard that a lot of people will avoid Dublin on St Patrick's Day, because it's so crazy--lots of drunk folks and accompanying bad behavior! Here it was just a nice afternoon and fun for the kids.

I know what you mean about being ambivalent--I enjoy looking at the flowers and stuff, and the heat isn't too bad here--it stays pretty mild most of the time. I'm used to the depression arriving about now each year--it will hang around until October now and will just become background noise.

Hope you're having a good week!

Hey Shari. Sorry to hear about Bill but it sounds like the worst of it is over for him. Just needs to get back on track. I'm not like you. I can't wait for the warmer weather but I am not a Florida person. I do like the 4 seasons but winter could be a little shorter and summer a little longer. I do get to do a lot of indoor projects in the winter tough. Summer projects are more fun. Keep well. You are in a perfect place for St. Patrick Day and parade.
Dianne

Thank you, Dianne! Yes, Bill is healing and hopefully will soon get past the itching and get some stamina back. A few good nights of sleep would do him a world of good with the stamina part :-)

It was nice being in a small town yesterday--a whole different atmosphere than you would find in Dublin. It was clear that people were having a good time and it was fun to see the stuff people were wearing, waving, and having painted on their faces :-)

I always wish winter was longer--it always seems to go by in a flash! I do find the climate here to be pretty good for me though--doesn't get too hot in the summer, except for a few days here and there and I slept really well last summer, which is something that doesn't usually happen. So it works out pretty well. I am used to feeling this way now so I just don't fight it. It is worst at this time of year but it will fade into the background soon. Hope you are seeing signs of spring in your neck of the woods!!