Hurray for the Pharmacists!

I was reminded again this afternoon how much I love the pharmacists at Joanne Hynes Pharmacy. They are wonderful! 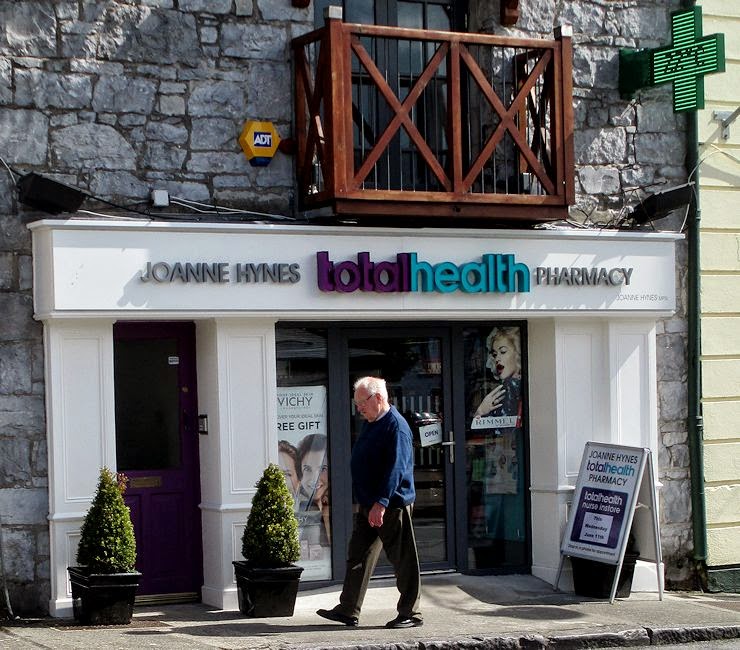 Note that the photo above was taken last summer. It was not 22 degrees today, it was 14.

When we go in there to get Bill's usual medication, they always ask if we would like them to halve the pills (the available dosage is double what he was taking in the US, so he takes half a pill). We have a pill cutter, so he does it himself, but it is so nice of them to ask.

Today he finally called the GP about the itching and burning he has from the rapidly healing shingles rash. He was given a prescription for Lyrica, an antihistamine, and another medication for pain, but the explanation for how he was to take these was unclear to me. When the pharmacist came back with the bag of stuff, she asked if we understood everything. I asked her to please explain and she did--in a friendly, clear, completely understandable way. Bill said it was much more clear than what the GP told him. They always answer questions so well and so thoroughly. They are so nice, too. I have seen them interacting with people who clearly do not feel well at all and they do it so well.

The pharmacist explained that the antihistamine did not have a number associated with it for the medical card, so she charged us the VAT on the prescription meds and charged us as an OTC for the antihistamine--she said that was the cheapest way. She asked if we had a loyalty card and when we said we didn't, she signed us up for one right there and knocked another couple of euro off the total.

I am hoping he gets some relief from these medications. He did not have the kind of pain people usually get with shingles, but now that the rash is healing, it has been burning and itching. It is still a little weird to get used to the way the GP thing works. He called this morning at 10-ish and was told to stop in at 2. He was out by 2:08.

The waiting room in the GP's surgery is far too small for extra people to hang out there--"room" is an optimistic label for the tiny space. So as not to be in the way, I waited in the little square across the street and was standing there knitting. An older guy came up to me and said, "Well aren't you an industrious woman! Do you ever stop working?" Then he was concerned that I was cold. I assured him that I was quite comfortable and we chatted a bit. Bill came out a couple of minutes later.

After the pharmacy we went on to SuperValu to pick up a few things. As we were walking by the frozen food case toward the checkout, I spotted a blue bag out of the corner of my eye, so I turned around to look. Yes! It was the pierogies I love so much back in stock!! Hurray! I bought them regularly when we first got here and I quickly learned to buy a couple of bags at a time because they would go out of stock for a while and then come back. I tried to keep a bag or two in the freezer to have in soups or with sauteed veggies and cheese on top (they are filled with onion, potato, and cottage cheese). Months ago they disappeared, but the shelf tag stayed, so I figured they'd reappear. They didn't. Then the tag went away too and I figured that was that. They put a bunch of other stuff in that spot and I stopped checking every single time we went in there. I bought two bags today because that was all I could fit in the freezer. I hope they stay around this time!

The same thing happened with the chilli grinder I bought all the time. I would grind this stuff on everything--it's a blend of onion, garlic, chillis, mustard. I was nearing the end of the jar and had it on my list, but it wasn't there. I checked every time I went in and was disappointed every time until week before last when I spotted some and grabbed one. Last week I noticed they had one left, so I bought that one, too. 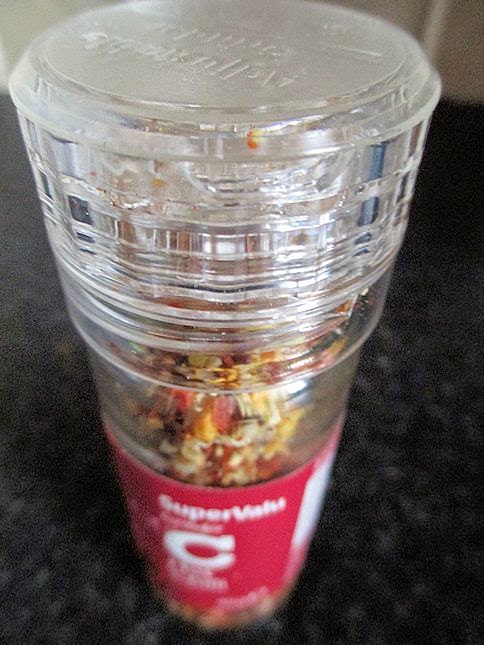 It was a pleasant afternoon. Bill hopefully will get some relief, I worked on my hat in the fresh air and had a nice chat with a stranger, and I got a happy surprise at the grocery store. Sometimes small things can mean a lot!
Share
Posted by Shari Burke at 23.3.15

We have great pharmacists in Winthrop, too! Hope Bill continues to heal and feel better.

Thanks, Laurie. It's slow going, but we appreciate every little bit of improvement :-)