When we moved into our first Irish apartment, in Ballinrobe, I knew that it would be furnished right down to forks and teaspoons. That's how it is here--everything is already there when you move in. I was surprised to see that egg cups were in the cupboard. I had not seen an egg cup for decades--my mother had some when I was a kid and that was the last time I'd seen them. I am not a fan of anything runny in my eggs, so I have no need for egg cups. Soft boiled eggs are not my thing--my stomach gets weird just thinking about it.

Obviously they are popular in Ireland though, because we also had 6 or 8 nice wooden ones in Killybegs and a few were placed in a prominent top shelf position in the tiny kitchenette we had at the apartment in Clifden. They were cute. 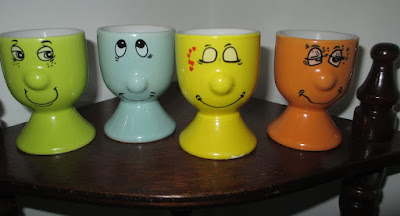 When we walked around town we saw egg cups of various kinds in a few shop windows, but one shop was really keen on the egg cups, cosies, holders, and an egg safe. I took the pics from the sidewalk, so there is some reflection from the window, but you get the idea--all of these were in the same shop window. 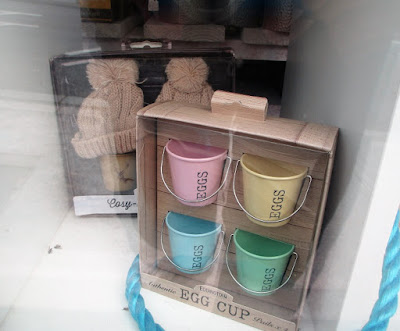 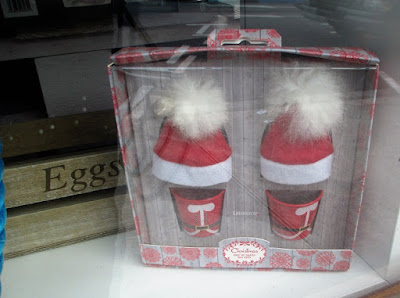 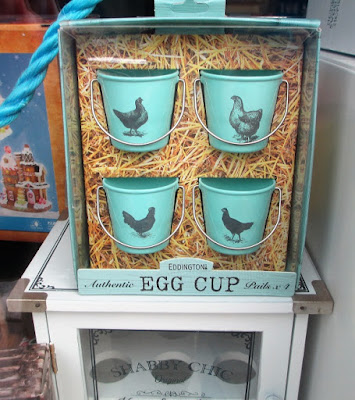 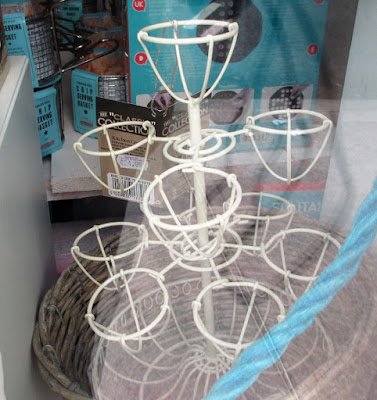 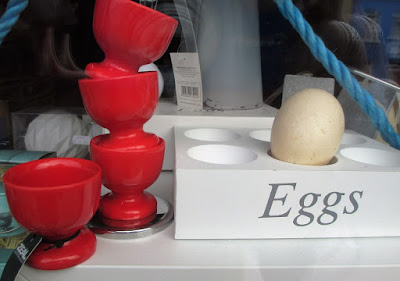 Funnily enough, we had no eggs at all while we were there, but if we'd wanted some, we had the pot to cook them in and the egg cups to serve them in. Some of them are cute--I am partial to the tiny hat egg cosies, of course.
Share
Posted by Shari Burke at 23.10.16