Scenes Seen on a Stroll and Other Miscellany

This morning we walked up a hill on the outskirts of town to the small 'bring bank,' as it is called. Most towns have these spots where people can bring food tins, drink cans, bottles, and clothing to be recycled. As we were on our way, we got called over to the postman's car. He held out a small parcel and asked if we wanted to take it then or would prefer to have him drop it off here. We took it. Bill had ordered a book.

As we were heading back into town it began to sprinkle and then  rain. A very kind woman pulled over and asked if we wanted a lift anywhere. I thanked her and said we were fine. Bill was grumbling about being wet, but it was quite pleasant, I thought. Better wet than sweat in my world!

On the way home we stopped at fruit and veg man's stall to pick up a few things, including what is called a courgette here. I like zucchini better as a word, so I usually stick with that. I will use it in supper tonight--whole wheat penne with veggies and possibly pesto.

I have just set aside a book that I found impossible to read. Bill requested it from another library system and quite enjoyed it. It did sound promising--an account of the winter of 1946-47 when Ireland saw extreme (for here) cold and snow. The previous summer had been quite wet, so there was a lot of ruined turf. There were coal shortages as well, so heating fuel was very scarce. They were ill-prepared and the government was useless. People died. It was something that those who lived through it never forgot. Unfortunately, the writing was such that I was paying more attention to the sentence fragments than the narrative. I kept wondering why the author felt the need to break up sentences into such fragments. I became distracted by the sheer number of aggravating fragments all over the pages. I began muttering. When I found myself keeping count of the fragments on a page, wondering what the editor was doing instead of editing this book, and having no idea what I had just read because I was so focused on the bad writing, I decided that I probably did not need to continue through the remaining 300 pages! It is on the return pile and I will happily move along to something better.

Yesterday we took a slightly roundabout route to the beach and I took a few photos along the way.

We passed the wee free library, which was sponsored by a preschool. There were small posters on the front which contained the words of some of the children who attend the preschool. They were asked what is important to them in Moville. Here are their responses: 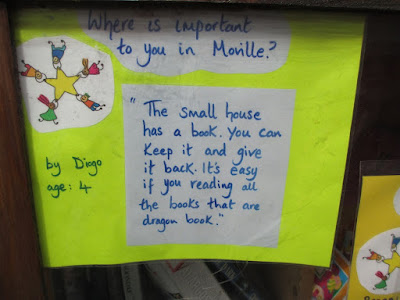 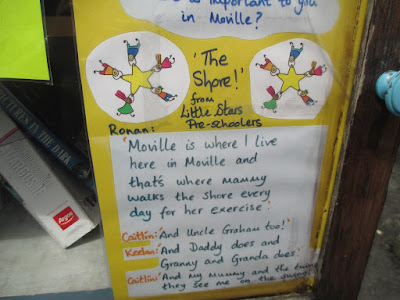 The wee free library stands at a 3-way intersection. If you want to go straight ahead, you need a boat. 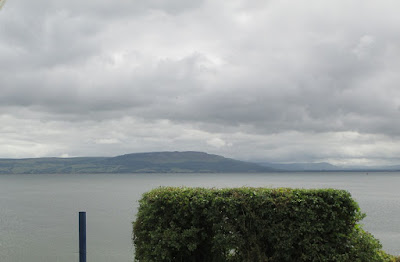 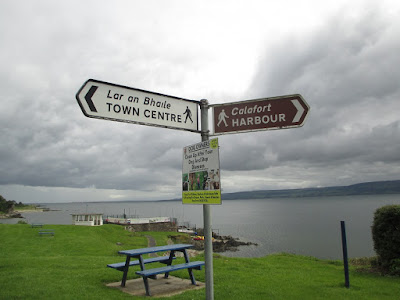 Here is a new take on the idea of a rooftop garden :-) 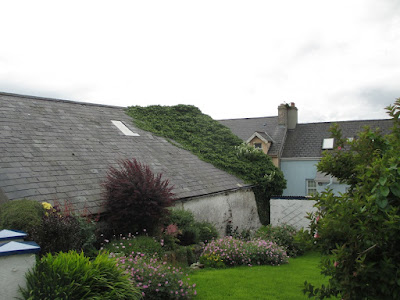 I was surprised to see this sign outside the hotel. I cringed a little. But it is an Irish business, so it's their call on this one. As a non-Irish person, it would not be my choice for a public message. Plenty of flowers around now that summer is in full swing. Except for the first one, these were all growing on the side of the lane, not in or near people's gardens. 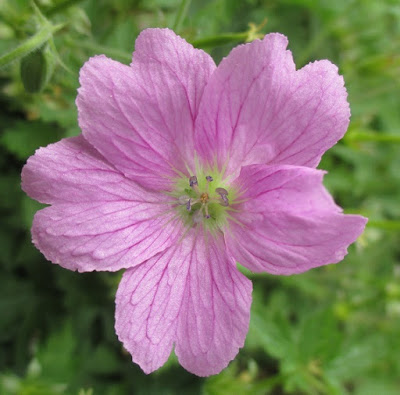 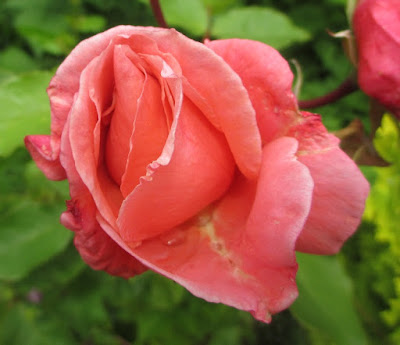 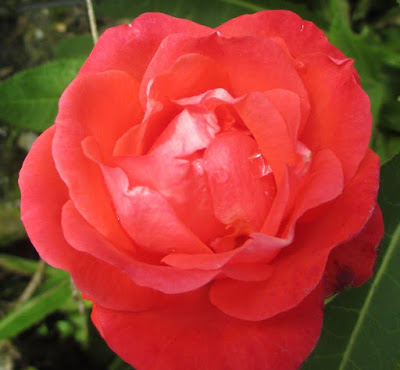 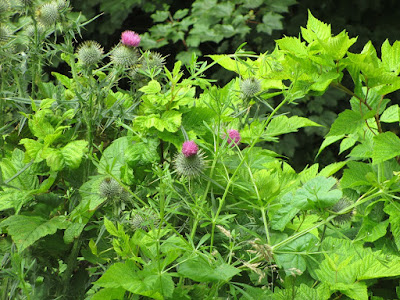 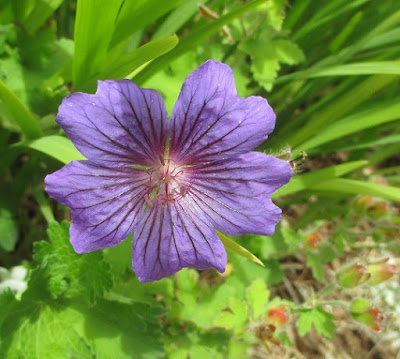 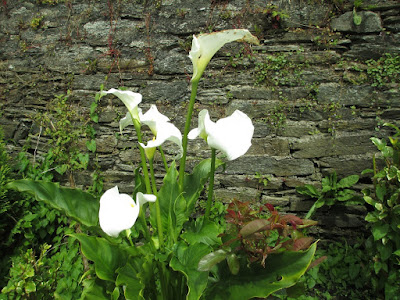 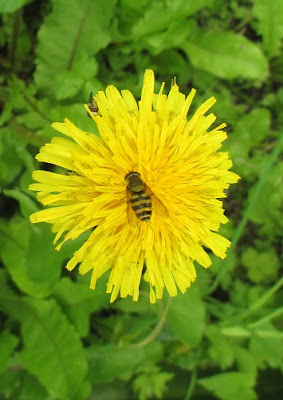 Coming out of the beach area, the wind was blowing and the trees framed the church steeple against the grey sky. 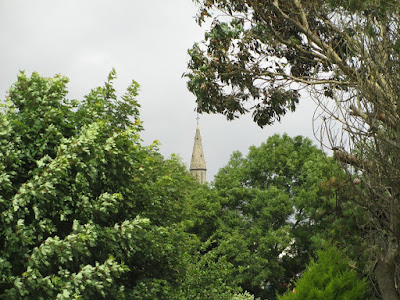 I hope your day is peaceful and pleasant, wherever you are. May your book contain no fragments :-)
Share
Posted by Shari Burke at 12.7.16