This week has been a bit strange.

Bill's back spasms have turned into a bigger problem than usual. He put some gel where the problem was in an attempt to ease some of the pain, but he had a reaction to it and now has a nasty looking rash around half of his waistline--right where the pants sit. Between the pain and discomfort of that and the muscle pain, he's not a happy camper at the moment. He can't take most pain relievers, but can take acetaminophen with his other medication, so I went off in search of some of that yesterday. It's called "paracetamol" here and that seems to be primarily what they sell. I didn't see any aspirin or ibuprofen or anything, just box after box of paracetamol in various forms--all boxes of 12. He took some yesterday and it helped a bit, so I went and got another box today. I am hoping I can stop dashing to the store now for a few days :-)

He hasn't had much of an appetite this week, but I did manage to use a bunch of stuff from the freezer last week and earlier this week. It was full and I thought it was time to use some of what was in there. Last weekend I made stuffing and a chicken and on Monday I took out a couple of containers of cranberries and made some jam. 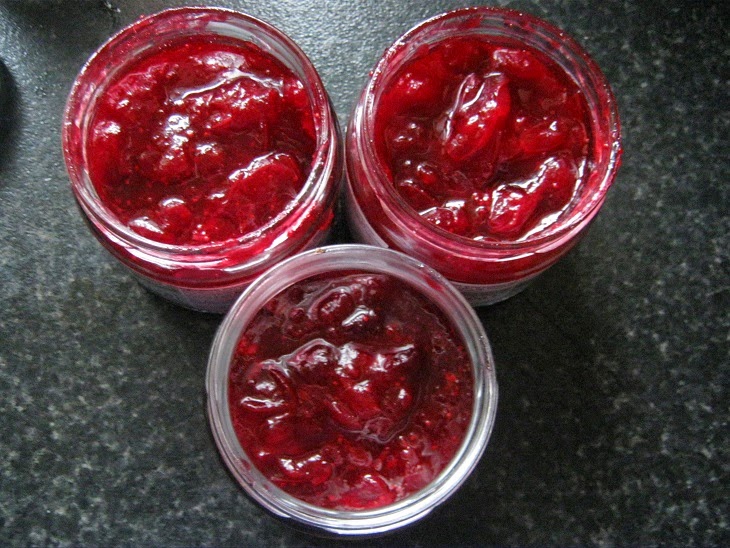 Using up all that stuff left a lot of room--and just in time, too! There was more chicken on clearance and on sale and when I popped in to get Bill his paracetamol yesterday, they had tortellini on clearance--and another package today, and most of that went into the freezer, which is now full once again.

I finished a pair of socks for Bill last night and wove in the ends this morning. The boots he usually wears in winter need a heel repair, so he's been wearing his other boots, which are more snug. Some of his winter socks are too thick to wear with those boots, so I gave him a pair of my crocheted socks with mohair woven through the toe to test. They worked well and he liked them, so I said I'd make him a pair. I had some green and grey sock yarn that I got at the Christmas Market a few months ago and a couple of small scrap balls of green mohair, so I used those. 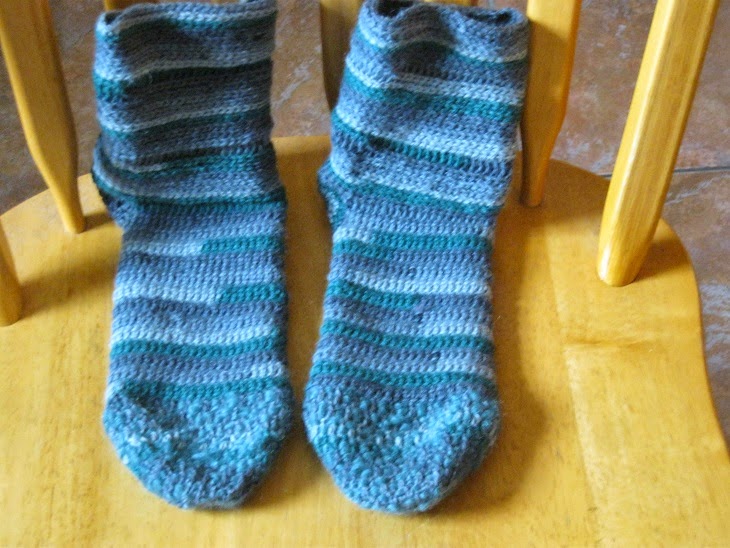 Some day he will be able to move with ease once again and the socks may be useful--unless it's too warm for them by then! In that case, they can sit in a drawer for a while until the cooler weather returns.

I have another skein of the same yarn and two skeins of the same yarn, but in purple and grey. I think I might knit myself a pair of socks using one of those. I need to start something that I can pick up and put down easily.