Howards End is on the Landing by Sue Hill

I picked up one of Sue Hill's novels in a charity shop one day and when I read it, I enjoyed it a lot. I looked her up in the library catalogue to see what else they had by her and this was one that came up. 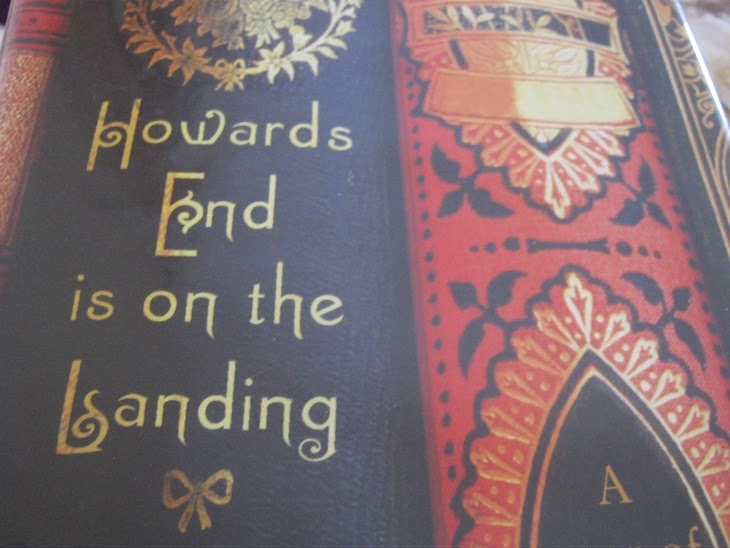 The subtitle is: My Year of Reading from Home. I've read several reading memoirs and have always liked them a lot, so I requested this one. It came in the other day and I read it yesterday.

It was a bit different from the others of the type that I've read. The reading memoirs I've read in the past were mostly structured around specific books and the author wrote about the books, how the books impacted their lives, why they loved them, and stuff like that. Sue Hill does this as well, but she incorporates these things into a more general history of her own reading habits and her thoughts on books, authors, and genres in more general terms.

She begins the book by describing a day when she went to look for a particular book and had trouble finding it. This made her think about how many books she has and she realized that she had not read many of them and had not re-read many of them in a long time. She decided to "read from home" for a year. This meant that she would not buy any new books for a year, but would read only what she already had. Being an author and publisher, she did make a couple of exceptions. She allowed herself to check academic books out of the library and she would read some review copies that were sent to her. So her adventure began.

She described the project as an adventure several times throughout the book and I can see how it would be. I really enjoyed her musings on various aspects of books, writers, and reading. One thing that kept going through my mind though, was the idea of how large a house she must have as she repeated how she went to this floor, that floor, or "the very top of the house." She mentioned a bookcase at one point that came with her and her husband on all their moves except the last one because there was no wall to accommodate it. I have had such an experience myself. I also thought a lot about how we have painfully taken fewer books with us in each succeeding move. I love books, but I do not think I ever want to have as many as I used to--I have always been a big library user, but as I have bought and kept fewer books, I have used the library more and that works well for me. There are books that both Bill and I own that we would not want to get rid of, but since I read so much and most of what I do read is stuff I am unlikely to want to read again, I don't really see a need to collect and haul those books around with us.

When she talked about the marginalia in various books--put there by herself or previous owners of the books, I did think about one book that I was sure I would bring with me when we were packing to come here. It's Evolution of God and it was the last book I bought new 6 years ago. It was also the first book I'd bought new in a long time, but we were on the road when it first came out and I'd heard the author on the radio and podcasts. It sounded like a book I really wanted to read and as we were on the road at the time, in the middle of a 99 day camping trip across the northern US, I had no idea when or where I would next have a library card. So one day I went into a bookstore and bought it and I was glad I did. I did not have a lot of time each day to engage with the book as we traveled and it took me many days to read it. But I can still remember reading and scribbling all over the margins in response to what I was reading. I always thought that some day I would like to read the book again in more settled circumstances. One of the things I was looking forward to was reading my own notes. But it was a thick hardback and when push came to shove during the packing, I reluctantly gave it up and put it into the library donation pile so that Bill could have the space and weight for one of his harder-to-replace photography books. He bought me another copy when we got here, and the margins are clear and ready for whatever I have to say next time. I sometimes chuckle to think about someone buying my old copy at the library book sale--all that bonus material :-)

So if you like books, reading, and thinking about the same, this is a nice, pleasant book to spend a couple of hours with. I am glad that I found it in the library system.