Chicken Veggie Soup with Pierogi and Other Batches of Cookery

I mentioned the other day how thrilled I was to find bags of pierogi back in the store after a long absence. I knew I'd be making some the next day and decided to make some chicken soup to put them in--I LOVE chicken veggie soup with pierogies. 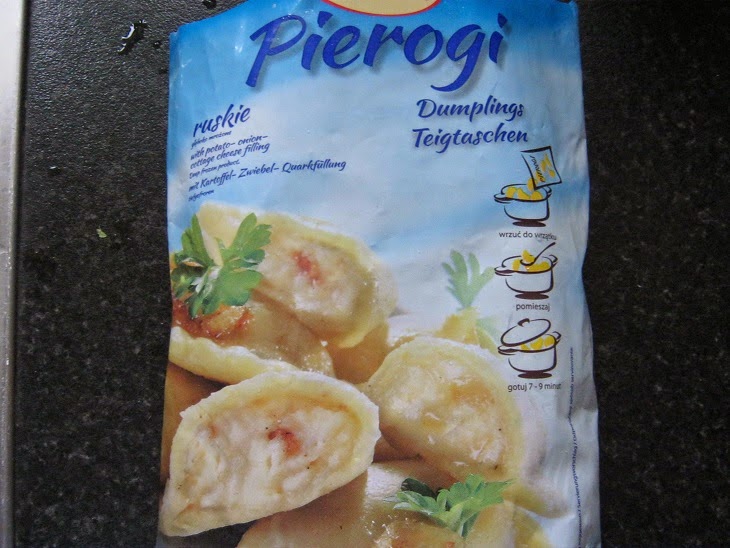 Fortunately I had a package of boneless, skinless chicken breasts in the freezer that I'd picked up from the reduced shelf a while back, so I took that out.

Into the usual puddle of olive oil, I put chopped onion, red bell pepper, carrots, garlic, and the chicken, which I'd cut into chunks. I sweated the veggies, stirring them around, and then added some diced roosters (red potatoes). I put water into the pot to cover everything, brought it to a boil, turned the heat down a bit and let it cook until the potatoes were tender, adding some dried oregano and basil about halfway through the cooking time. When I added the potato and water I turned on the heat under another pot and cooked the pierogi. When the soup was done, I put a few pierogi in the bottom of the bowls, ladled on some soup, and added some cubed parmagianno reggiano cheese. Yum!
Here it is through the steam: 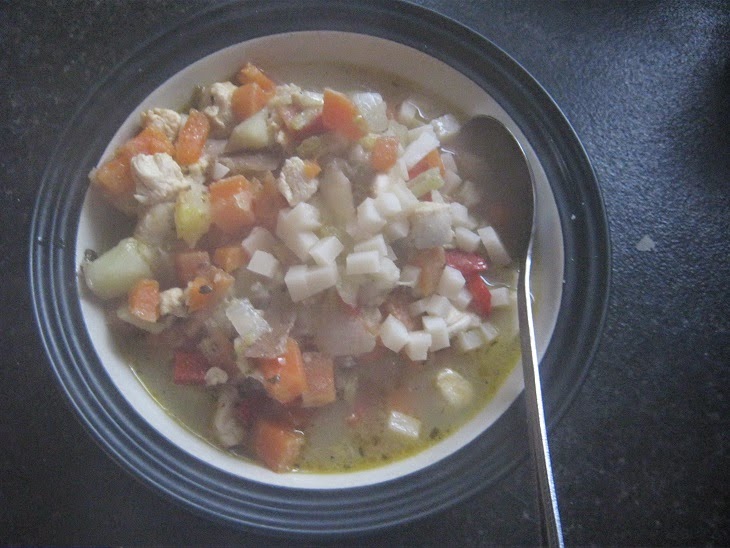 I never make soup (or almost anything else for that matter!) without making extra, so we had the same thing last night for supper. Turned out to be a perfect day for soup--rainy and slightly chilly. There is still a bowlful left, too.

Since I used some stuff from the freezer I had some room and I grabbed another bag of pierogi at the store--gotta get it while it's here!

Today Bill said he wanted mac and cheese, so I made some cheese sauce. Puddle of olive oil again, into which went chopped onion, red bell pepper and garlic. I stirred the veggies around until they were soft, then added some flour, incorporating it in before turning down the heat and adding some milk. I whisked this around until thickened and then removed the pot from the heat and dumped in some cubed extra mature and mature cheddar and a liberal sprinkle of black pepper. A few twirls of the whisk and it was melted and incorporated. I cooked the rest of a bag of whole wheat fusilli and Bill had that with cheese sauce. For myself, I heated up the rest of a container of leftover cooked brown rice and put some cheese sauce and several grinds of the hot chilli mixture I like so well. Of course there are leftovers :-) 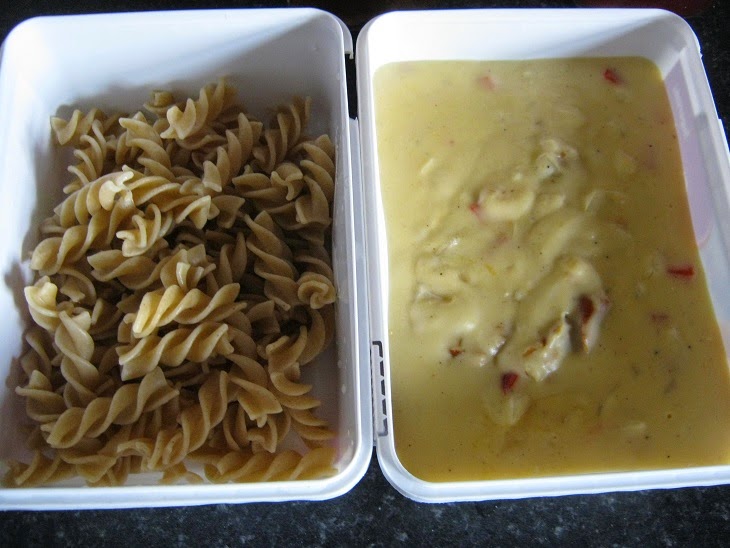 Tonight I will put a butternut squash and a couple of sweet potatoes in the slow cooker to cook overnight during off-peak electricity hours. Tomorrow night I will cook a chicken with onions, carrots, potatoes, and garlic. That'll be the weekend suppers sorted!