All Our Yesterdays and Maine

I read a couple of books centered on families and family relationships over the weekend. They could not have been more different!

The first one was All Our Yesterdays by Natalia Ginzburg. It was translated from Italian. 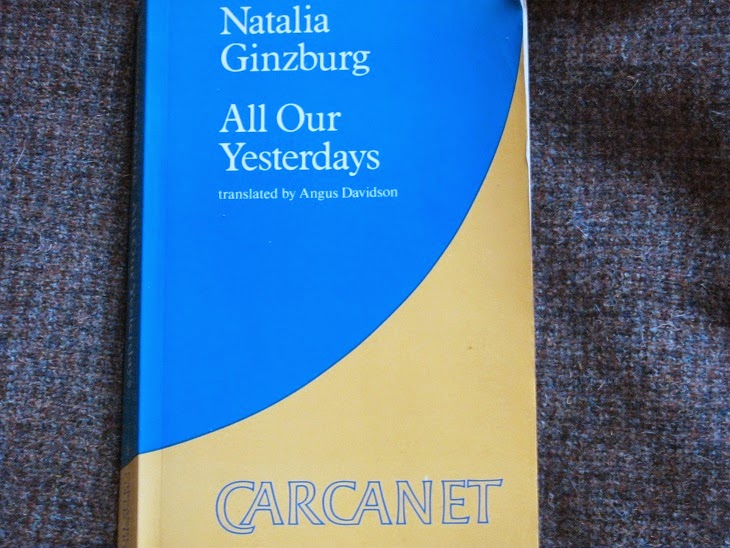 This is about a couple of families that live across the street from one another in the lead up to Italy's involvement in WWII. The main character is, I suppose, Anna, who is a little girl as the story opens and grows up in the years leading up to the war. She often complains about having to wear dresses made from curtains. Her father is anti-Fascist as is her older brother. She ends up forming a friendship of sorts with a little boy across the street and his older brother becomes friends with her brother. There ends up being a small circle of anti-Fascists who get together at Anna's home and talk, write, and listen to the radio. It was unclear whether they ever engaged in any other sorts of subversive activity during these years. The story spans about a decade or a decade and a half, ending after the war is over. As you would expect, people live, die, grow up and grow old and new little people are born. Overarching themes include gender roles, class differences, evolving personal philosophies, and obviously, war. Although the war is sort of a central part of the book, it is more a focus on how the people outside the war cope. The book takes place on the outskirts of the war, mostly.

I found it difficult at first to get into this book. It was the style. There are some very long sentences that meander all over the place, with thoughts separated by commas. There was no dialogue--it was as though someone was sitting there gossiping or reporting to the reader what had gone on. She also bounced around from one point of view to another--one sentence would be from Anna's point of view and the next Ippolito's without any break. That said, once I got used to the writing style, I settled in and wanted to know what happened next. It was a good book.

I wrote above that these two books were very different, but as I type this, I can see where they are more similar than it may appear on the surface. Maine, by Courtney Sullivan, was a book that I'd heard a lot about when it came out a year or two ago. It sounded like a good read, and I thought about putting it on hold. For some reason, I never did--I think I either had a bunch of other stuff I wanted to read first or I was running out of slots to place holds. Of course, since I was in Maine at the time, there were a lot of copies floating around the library system, but there were also hundreds of holds. In any case, shortly after we moved here, we saw the book in a charity shop and picked it up. I finally got around to it yesterday. 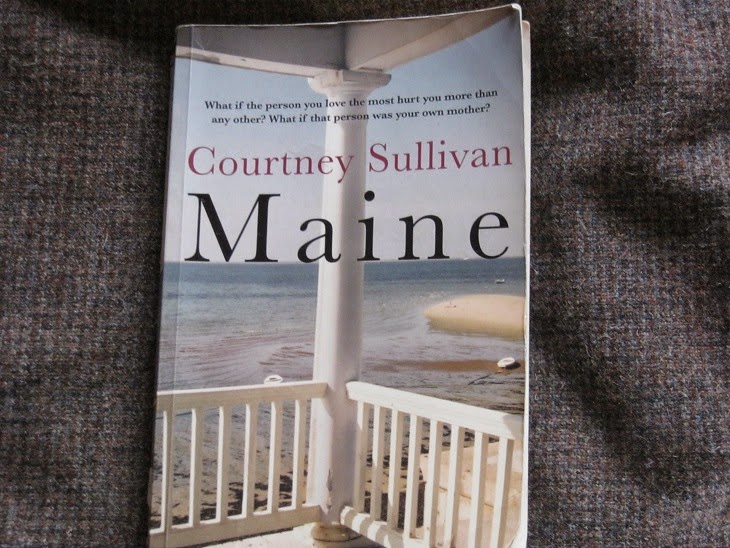 This is also a multigenerational family story, told completely from the point of view of 4 different women in a family. Alice is the oldest and is mother to Kathleen, mother-in-law to Ann Marie, and grandmother to Maggie. She is a staunch Irish Catholic who marries her husband after a personal/family trauma. She does this because she wants to atone for something that she thinks she has done wrong--and this thing blends with the guilt that her faith induces in her to colour her entire life. She comes across as cold, unloving, harsh, and mean with her family, although she can pretend in public. She drinks too much. This was a realistic portrait to me because I have had such a person in my own life, although not an Irish Catholic, but an Italian Catholic. The trauma was different for this actual person, but there were many similarities in how the effects of that trauma played out in their lives and in how they behaved.

Kathleen, a recovering alcoholic, wants to get as far away from her mother and have as little to do with her as she can. Occasionally, though, some similarities become evident. Kathleen was her father's favourite, much to the anger of her mother. Ann Marie comes from a lower class background, as does Alice, and they have some things in common, including the need to keep up appearances at all costs. Of course this doesn't work. Alice dotes on Ann Marie and likes her much better than her children, who she wasn't keen on having in the first place. Maggie seems to be able to get along with everyone, but is involved with a jerk of a boyfriend and has her own dilemmas to deal with. She is also the only one of the four without a drinking problem.

The title of the book comes from the beachfront property in Maine that Alice's husband won in a bet. He built a cottage on the property and they would go up there every summer. Years later, Alice's son (Ann Marie's husband) had a house built next door to the cottage. In the story, Alice is in her 80s and is up there for the summer living in the house, with different members of the family coming up at various times to stay in the cottage. The story goes back and forth between present day and the past. Sections are divided between the four women and their points of view, so sometimes you get a glimpse of how things get misinterpreted.

Unlike All Our Yesterdays, this was an easy book to get into and whip through. I read it yesterday afternoon. I enjoyed it a lot and I often found myself chuckling at the similarities between what was being described in the book and experiences I have had in my own life. Some of the themes are the same in both books, even though we are looking at things in a very different time and place. Gender roles and how they have changed was a theme running through both. Class issues were another theme. Catholicism and its effects was another one that was present in both books, but more central to Maine.

Both books described what happens when change happens--as it always does--and how people deal with it. Some try to stop the change and keep things as they are while some try to adapt as best they can. Some are afraid of change and some embrace it.

I quite enjoyed both books and would recommend them. Maine seems more accessible in terms of writing style and ease of following along. There were a few times in all Our Yesterdays when I got lost in the commas of a very long sentence that was stringing many thoughts together and I had to go back and reread. The lack of dialogue was also hard to follow at first--it was like listening to someone breathlessly rush through a complicated story and trying to follow along. The bouncing points of view also meant that the reader was all over the place, while in Maine, each point of view was clearly labeled and placed in its own section. They are both well worth reading, though.