We went out to do some errands this morning. While we were out, we called in at the charity shop. There has been a sign on the door for a while now saying that due to lack of space, there are things they can't accept at this time. Books are on that list. So of course, we decided to go see if we could help out by making some space in the book room. We did, walking out with 5 books between us. We had just donated 7 books to the Animals in Need charity shop in Donegal Town the other day, so we had some room at hoe for these. 😁📚

As we were scanning the shelves, Bill held out a book and said, 'Did you see this?' I hadn't, as I hadn't gotten to that section yet. I looked at the book, said, 'Oh, wow!' and grabbed it. 'That didn't take long,' he said. 'This one's a keeper,' I told him. I am thrilled. 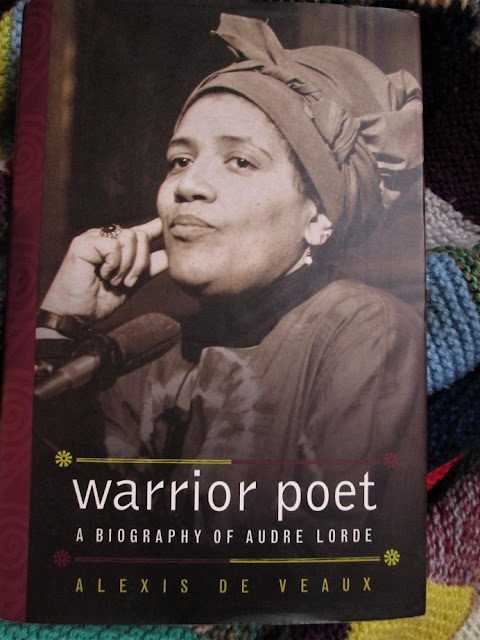 It's been more than 30 years, since I first learned of Audre Lorde and often think of her famous quote. 'The master's tools will never dismantle the master's house.' I'm looking forward to reading the book. And can I say that, as a general rule, I like the very idea of a warrior poet. 😏

On we went to the pharmacy, where I spotted a poster on the window by the door about a knitting/crochet project to benefit a hospital foundation. It said to enquire inside for the patterns, so I did and got a large sealed envelope. Inside was this booklet: 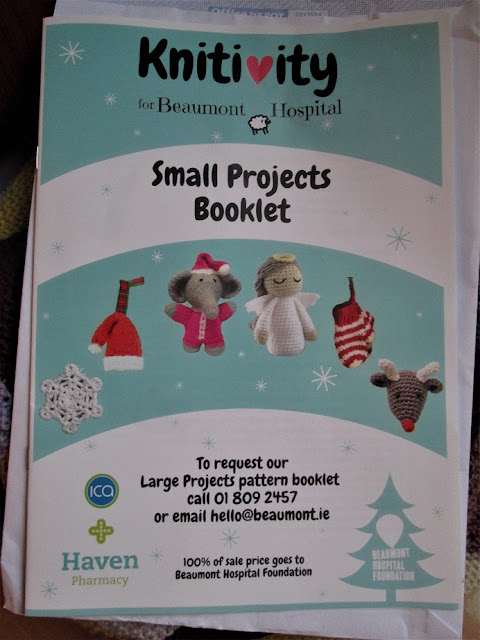 The idea is to crochet or knit one or more of these items and bring them back to the pharmacy, where they will sell them and pass on the money to the hospital foundation. Each item is supposed to have a tag sewn on and a card included, but in the envelope there was only one of each. It says I can request more, so I'll check at the pharmacy another time. I wondered why, when I asked if they had the patterns, she asked if I only wanted one packet. Maybe that was why. I hope they have just the cards and labels, as I don't need any more pattern booklets! If they don't have any more, I can always contact the Beaumont people directly and request some.

It's always fun when happy surprises appear--I hope that some come your way today, too!

That book was for sure a good find! That knitting/crochet project sounds great!

We see a lot of the same books in various charity shops, but sometimes there's a treasure. Our local shop has had a lot of them and I've picked up several keepers and authors that are not as well known--it's so fun when that happens.