Yesterday I posted a book that was disappointing and another that was quite bad. Today I am posting books I quite enjoyed.

Drive Your Plow Over the Bones of the Dead by Olga Tokarczuk translated from the Polish by Antonia Lloyd-Jones
The way in which I found this book was funny. I'd read about it in a US-based book email and clicked over to the library website to search for it, typing in the title as above (which is also how it appears on the cover). Nothing came up. Then I noticed the red squiggly line under 'plow.' I have a refurbished computer with a UK keyboard, so it marks US spellings as incorrect. This is useful as I continue to overcome old spelling habits and get used to the way things are spelled here. Irish-English spellings are the same as those in the UK, so frequently different than in the US. Anyway, I tried again, using 'plough' instead of 'plow' and up came the listing for the book, which I requested. As I was reading, I noticed that both spellings were used in various places in the text. Whether one uses plow or plough, the book is well worth reading. It was a great read and funnier than I expected. 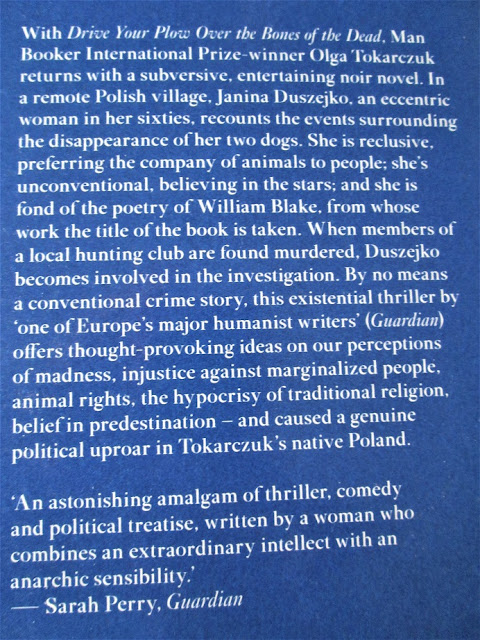 A Very Murderous Christmas: Ten Classic Crime Stories for the Festive Season by various authors
This is the third Christmas short story collection in the series, which also includes Murder Under the Christmas Tree and Murder on Christmas Eve. Many of the stories involve robbery and attempted insurance fraud, so the titles are somewhat off, but that’s OK. These are fun collections with stories from Margery Allingham, Gladys Mitchell, Ruth Rendell, GK Chesterton, Arthur Conan Doyle, and many more.

Ireland in the European Eye edited by Gisela Holfter and Bettina Migge
I read about the book in an email from The Irish Times, I think. It sounded like a good one, so I put in my request at the library. I’m so glad I found out about it! I learned a lot. The different essays in the book look at different aspects of the relationship between Ireland and other parts of Europe. The time frame ranges from several hundred years ago to the present day, depending on the topic. The book begins with a couple of essays about Ireland and the UK, the former colonial rulers and concludes in the present era of Brexit, discussing ways in which the relationship is now shifting as the UK becomes more isolated and Ireland remains part of the group. The next section of the book is about Ireland in the literature of various countries, with chapters on Germany and Italy, Spain, France, the Netherlands, the Nordic countries, and Poland, touching on how writing reflects the experiences of people from those places who have lived/visited Ireland as well as how Ireland is perceived within the other countries. In following sections, music, architecture, film, academia, and journalism are examined.
I'll conclude the list tomorrow. We went off to post a package this morning and called in at the charity shop on the way home. I was happy to find a book of Wendell Berry's poetry to bring home with me. We've been noticing that a lot of painting has been going on through the town as summer has drawn to a close. Here is one paint job that really stands out. 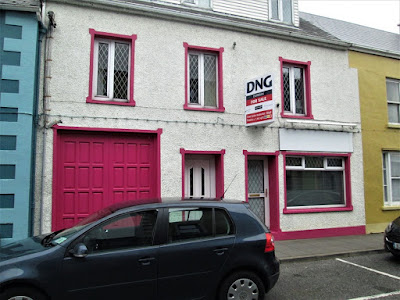 Hope it's a good day in your part of the world!

I've been seeing a lot of Christmas books on blog posts. I'm not in the mood for them quite yet.

Since I get them from the library, I try to get in early before they're all reserved. I don't like to read Christmas books after Christmas and not in summer, so I will check at the library in September. I have a couple that I picked up at charity shops and I'll save those for later :-)