Street Art and The Story Behind the Work

On Wednesday, we went off in search of another piece of street art that was created by Pure Ballina as part of the Ballina Fringe Festival. We knew these artworks were being created, but we couldn't find any information on where they are. We found one on Tuesday and, after scouring the Facebook page that evening, I found reference to this one on Pawn Office Lane, so we were able to find it. 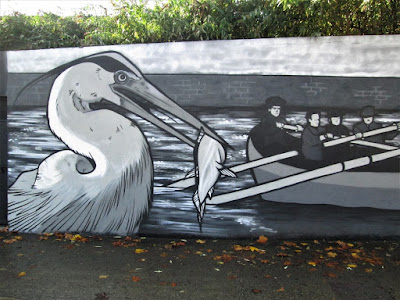 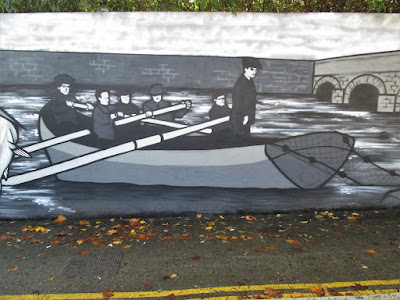 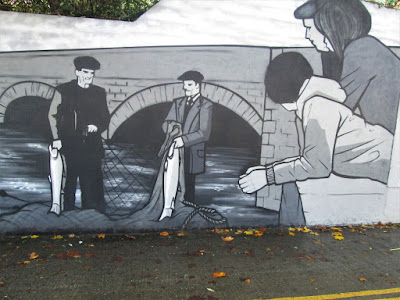 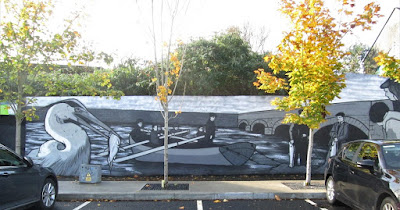 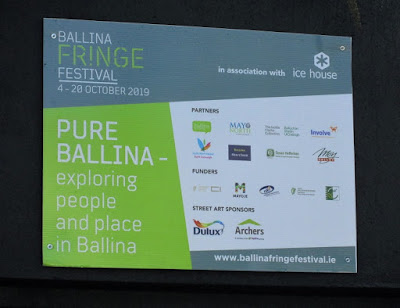 As we were taking pictures, a guy walked up and told us what the mural depicts. He said that in the past, before they built the stairs and stuff along the river, guys would go out with their nets 4 times a day to catch salmon. It would then be brought out at a hut at the edge of the river. The mural depicts such a scene.
This is the bridge and river as they are today. 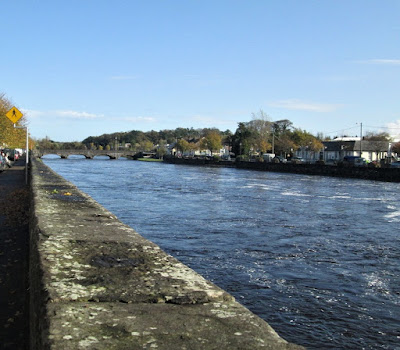 On the other side of the river, there is an area where people can hang out and there are steps leading into the river. This is a picture I took last year of the steps. 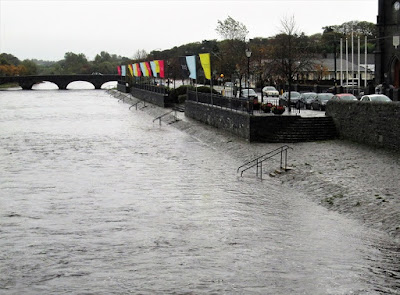 Ballina is known for salmon. There is an annual Salmon Festival, of which I think the Ballina Fringe Festival is an offshoot. The Salmon Festival took a hiatus this year to reorganise, but I think it's a very popular event.

Anyway, we timed it well so that we could hear the story from the local person who just happened to be passing by when we were there. 😀

Hope your day contains some serendipitous moments!
Share
Posted by Shari Burke at 19.10.19

That is so interesting, Shari. How wonderful to get the history behind the murals and know exactly what the depiction means. Hope you and Bill have a great weekend. xo Diana

So nice to see.

Interesting, and I love the mural and live shots. I think it's neat that there are steps going down to the river, I've never seen that before.

It was perfect timing. I never saw steps to a river the the centre of town, either, but people still fish there. Not sure they do it with small boats and nets, but with rods and stuff. On the other side, there's a footpath that leads away from town in the opposite direction and there are platforms for fisherpeople along the way.