A Few Irish Women in Books and Life

Continuing on with the February book list, I see that I read a lot of Irish women. That there is still so much more work by and about Irish women available to read, makes me very happy indeed.

The Unforeseen by Dorothy Macardle
I discovered this author through the book about modern Irish women’s literature Bill got for me a few months ago. I read her first novel, The Uninvited, and liked it. I read that this book included one of the main characters from that book, so thought it was something of a sequel, which is wasn’t, really. The main characters in this one were completely different, although a couple of the same people from the previous book did make an appearance. In this book, an artist, Virginia Wilde, who lives in a remote part of Ireland, begins to have premonitions that eventually come to pass, she is alarmed and goes to see a doctor, who refers her to a psychologist. He says there is nothing wrong with her, but invites her to dinner to meet his son, who is training to be a doctor and is interested in that kind of thing. She feels comfortable enough to take the son into her confidence and they all become friends. Virginia’s daughter is coming for a visit and she swears them to secrecy, which becomes increasingly difficult as Virginia’s issues persist, her daughter can sense something is wrong but doesn’t know what, and people get closer together, so secrets are harder to maintain.

Earth-Bound and Other Stories by Dorothy Macardle
This is a collection of short stories the author wrote while she was jailed for her activities during Ireland’s fight for independence. Many of them involve figures from Irish history in supernatural roles.

Grace O’Malley: The Biography of Ireland’s Pirate Queen 1530-1603 by Anne Chambers
We heard this author on The History Show on RTE Radio 1 one evening and I went to the library website to request the book, which was fascinating. Grace O’Malley was quite an unusual woman in her day, who lived an extraordinarily long and unconventional life, adapting well to changing circumstances in Ireland. Regional rulers came into and went out of power and she had to figure out which way to maneuver within that. At one point, she just went and took her case to Queen Elizabeth, who was apparently impressed and offered her protection, much to the dismay of the ruler of the Mayo region (as it’s now known) at the time.

This Must Be the Place by Maggie O’Farrell
I found this book at the local charity shop recently and one day when I had finished my library books with a couple of days until we were going to pick up the next batch, I decided to read it so I could pass it on. I’ve enjoyed her books in the past and this one was no exception. Parts of the book are set in Donegal and some familiar locations were mentioned, so that was part of the fun. Claudette is a reclusive former film star who is living with her husband, Daniel, their children, and her son from a previous relationship in a very isolated part of Donegal. Daniel teaches part time at a universoty in Belfast and one day, when he is going to catch the train that will take him there, he hears a story on the radio that involves someone he used to know. He is booked on a flight to NY after he is done teaching, so he can attend a family function, but the reminder of this person from his past has shaken him and he ends up in California to visit his two children from his first marriage. As he tries to some to terms with some issues from his past, he inadvertently causes problems for himself and his family in the present. 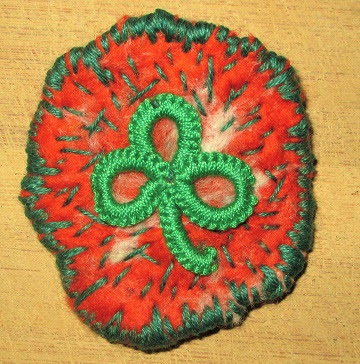 Here's hoping that there's plenty of good reading material in your world, too!

I just jotted down two of these books. I think I would especially love the first one- The Uninvited. Thanks for the reviews. I love them. Have a great weekend, Shari! xo Diana

Whooops- I meant The Unforeseen! duh....lol