October is over. Already! Seems like it just started. I hope everyone who celebrates had a fun Halloween. No one comes to our house, so it was simply Wednesday for us. Last year we lived in town and our front door was right on the footpath/sidewalk, so I bought candy. No one rang the bell, so it was a good thing I bought candy I like.

We went to pick up a few groceries yesterday afternoon and saw the Christmas goodies starting to appear in a more prominent place. What's with all the marshmallow? I'll be leaving all marshmallow 'treats' on the shelves for someone who will enjoy that kind of thing! My view is that the glob of marshmallow in each biscuit takes up space that could more yummily be filled with either caramel, more chocolate, or both! 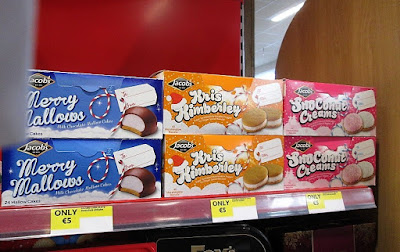 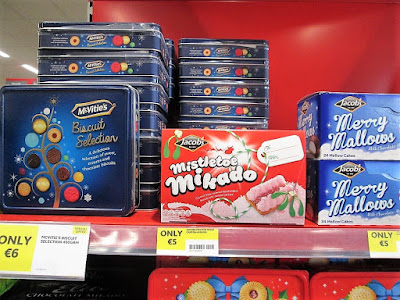 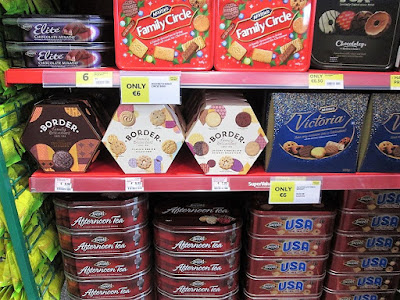 As always, I spent a lot of time reading in October. Here are a few of the books I read:
Zen and the Art of Needlecraft: Exploring the Links Between Needlecraft, Spirituality, and Creativity by Sandra Detrixhe
A friend gave me this book. years ago I’d read another one in the series that was specifically about knitting. This one is primarily focused on sewing, but the author also talks about knitting, crochet, and cross-stitching, albeit briefly. She talks about the ways in which making things ties in with some ideas from Zen as she understands them, but you really don;t have to know anything about Zen or be interested in it to get a sense of the benefits making things has on mental health and well-being.

Tom Brown’s Body by Gladys Mitchell
This is another of the Mrs Bradley mysteries that I came across in the e-book section of the library website. I’d read one of the others, decided I liked them, and started from the beginning, requesting physical books. I took a break from that for now, but went ahead and read this one out of order. Overall, it doesn’t seem to matter whether the books are read in order, although occasionally there is a passing reference to an earlier book. In this one, the setting is a boy’s school. One of the teachers meets his end and Mrs Bradley is called in to help solve the case. Being a psychiatrist, which would have been a new thing in the 1930s, and having a previous acquaintance with the headmaster, as well as having the detective in charge of the case being engaged to her secretary, gave plenty of cover for her to install herself at the school and solve the mystery!

Death in the Cotswolds by Rebecca Tope
I found this book in a charity shop and picked it up because it takes place around Samhain. It was a good one to bring to Ballina with me because it’s relatively small, so easy to pack, along with my e-reader. It’s part of a series, a few of which I’ve read before. They are enjoyable mindless reads that would fall into the cosy mystery category. this one revolves around Samhain, pagan rituals and groups, Freemasons, and small village life in the Cotswolds.

I hope November has started off well for you!
Share
Posted by Shari Burke at 1.11.18

I too have been wondering why all the hype about marshmallow . ..
I see it everywhere of late!

One rule, purchase candy I like for Trick/Treat . . .
If it is a slow night, win win for me!
We went over the moon with Tricks & Treeters this year . . .
Not much candy left for me, (maybe that is a win, win too!)

More books for the list that continues to grow . . .
I am amazed at your reading!
I am reading A Gentleman In Moscow . . ,

Will look for the books!! I agree about October flying by!!!