There are three cruise ships docking here this month and on each of those days, including today, volunteers are putting on a Vintage Tea Day fundraiser, with proceeds going to various community groups and projects. We went this morning. 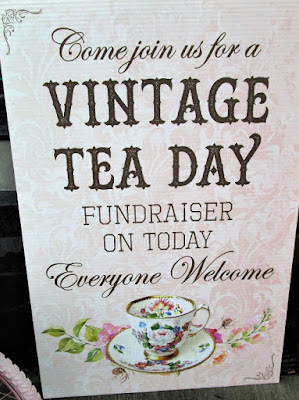 The first thing we saw when we were leaving was a couple of tourists. He walked partway up the drive to take a picture of the building and she stayed down at the bottom, taking a picture of the plaque.

Music was playing in the town centre. The Bayview Hotel had the usual art/craft fair (some beautiful work there!) and had traditional Irish music scheduled to begin at 11:30. A bit further on, we came to our destination. As in various other locations around town, there was a painted bike with flowers--this time a child's bike. 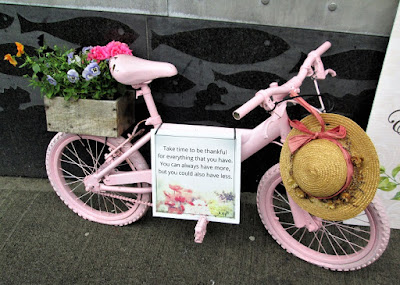 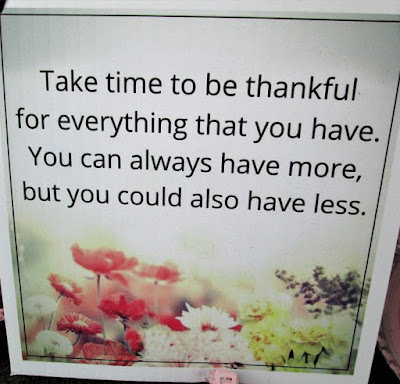 Inside is a nice set-up. There was a bucket on the bar and they just asked for a donation. The volunteers asked if we wanted coffee or tea and as we all wanted tea, they brought us a pot. Later they asked if we wanted more, but it was a big pot, so we declined. The home baked goods were lined up on the bar with little plates and we were told to just help ourselves to whatever we wanted and to go back as often as we liked. We all exhibited some willpower and just had a couple of bites--a snackeen as a friend would say--but it wasn't easy, because what we did have was delicious. 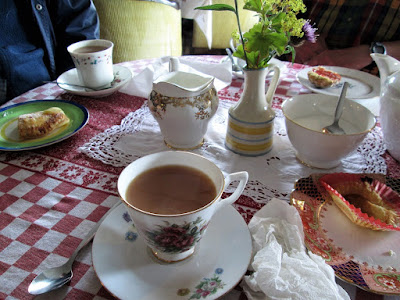 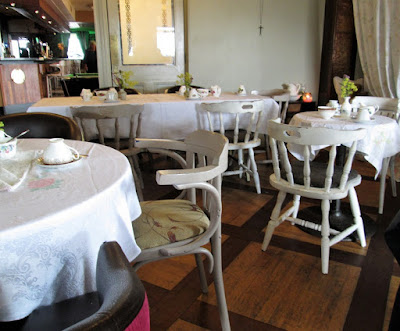 We'd gotten there at about 10:30, which is early in rural Ireland, so it wasn't surprising to be among just a few other people, most of whom were volunteers. Shortly after I snapped this picture, though, the place filled up and all the tables had people around them enjoying their tea, goodies, and conversation. We thought we might blend in with the tourists, but the woman who greeted us commented to Bill that we must be from here, because she's seen us out walking.

This is what was on the other side of our table: 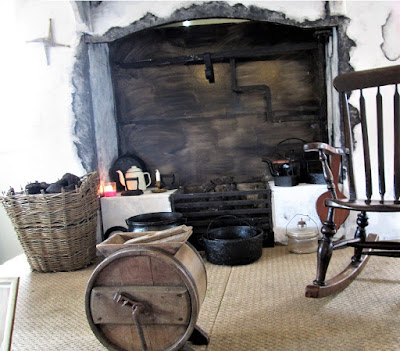 I suppose this side looks like this all the time--how much is genuine and how much is set up to make it look like what the tourists want to see, I don't know. Probably some mix of both.

And there are plenty of tourists today, even in the grey, drizzly, misty weather.
This ship is like a floating village, carrying over 2000 passengers and over 1000 crew members. The population of Killybegs is about 1200. I guess these people are cruising around the UK and Ireland. That kind of thing wouldn't be my cup of tea, but if they're having a good time, more power to them.