I started the day off with a delicious (if I do say so myself!) breakfast. I mixed some homemade yoghurt with some thawed frozen raspberries and a bit of the juice, some fresh blueberries, and some muesli I'd made. The muesli is a simple mix of toasted oats, walnuts, almonds, coconut, and raisins. It takes less than 10 minutes to make a batch, because the oats are toasted in the microwave. 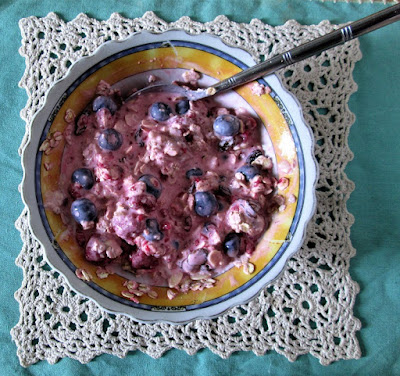 Yesterday I had the same, except I had a chopped nectarine instead of blueberries. Bill had his without muesli, but mixed with blueberries and chopped banana. It's the perfect breakfast for a summer day.

Shortly after we'd finished breakfast, we headed for the charity shop to look at the plant bowl we'd seen in the window the other day. It was still there, but had a big crack all the way through and did not seem very sturdy, so we left it there. We did get another plant container though. Then we spotted this: 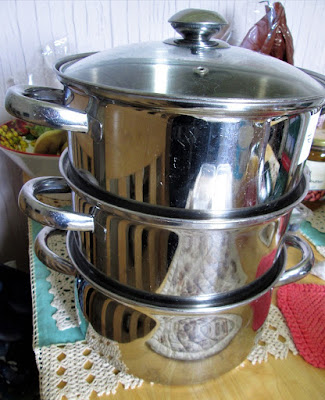 I thought it was three pots and thought I might get one because of the size. The ones that come with the cottage are smaller and although I have used the largest one, I've wished it was a bit bigger for certain things. I went over to look and discovered that it's a pot with steamers. The top and middle sections have holes. 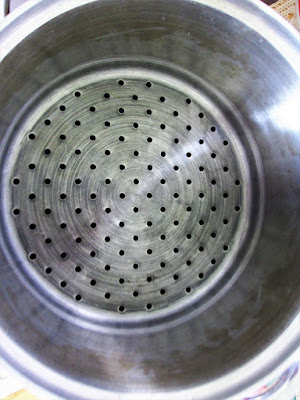 The only drawback was the bulk, so I walked into the book room to scan the shelves while I considered whether to buy it. I spotted this book, which I immediately snapped up. 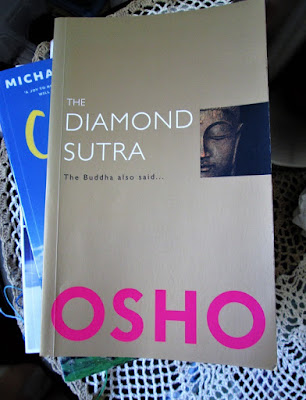 After a few minutes, I decided that the pot/steamer would be useful enough to find a place for, so I went back out, only to find an older lady taking the lid off and looking at it. I walked away to let her look and to wait to see if she wanted it. She walked away and we took it. I will use the pot a lot and it can double as a mixing bowl. I will use the steamers for their intended purpose, but also as colanders in a pinch. So even though I still have no idea where I'll put it, I am sure a spot will be found. I've already had reason to be pleased with the purchase, because this afternoon I used some of the whey I had from yoghurt making to do a batch of ricotta. 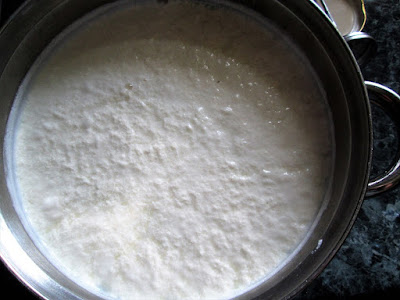 I thought I'd have to make it in two batches, but, with my new pot, I could do the lot in one, which saved me a fair bit of time. I might use some of this in a savoury meal and some will definitely be mixed with berries to be spread on toast. It might all end up with the berries--not sure yet.

As I type, the dough for the pizza crust is rising in the bread machine. It has another half an hour or so to go and then I will decide what to put on the pizza. Red pesto? Green pesto? Pesto mixed with ricotta? Sauce? I will put on some bell pepper, onion, jalapeno and fresh basil.