Cleaning Up At Last!

Two and a half weeks ago I posted a gift to our daughter, hoping it would arrive before or on the day being celebrated, which would have been 10 days. I figured there was a good chance, since in the past, things have taken as few as 6 days. Not this time. It arrived today.

In the envelope were some dishcloths and a kitchen towel that I'd made using blue, her favourite colour, for a couple of them and scarlet and black, the colours of her beloved Portland Trailblazers basketball team, for a couple more.

For this one, I followed a pattern from the crochet calendar she sent me. It's short row slip stitches. 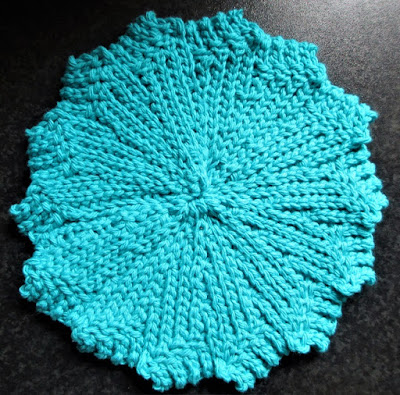 This one is from the same calendar, showing up a few days before the one above. It was presented as a pot holder for some reason--I think it would be a very poor pot holder as written, because it was done with a traditional granny square design after the heart--that means spaces in between stitches. The pattern did call for a back layer of dc, but there too you'd have spaces in between. Linked dc would work better. In any case, none of that is a problem for a dishcloth, and I adapted it to make it more solid. 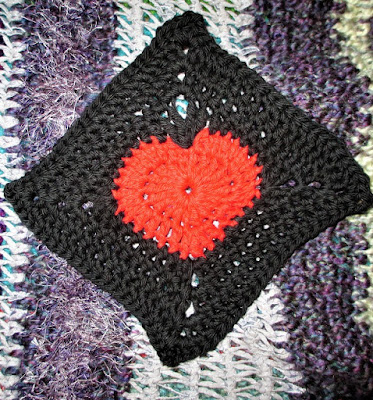 The next one was in last year's knitting calendar that she sent. 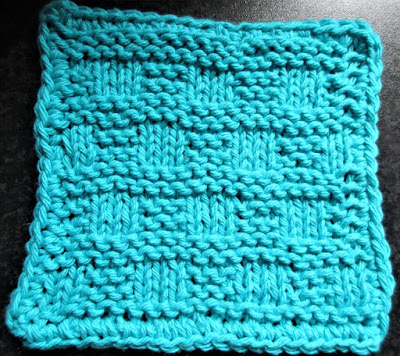 And I just made the towel using a Tunisian crochet extended simple stitch for the red section and did two rounds of linked triples for the border. 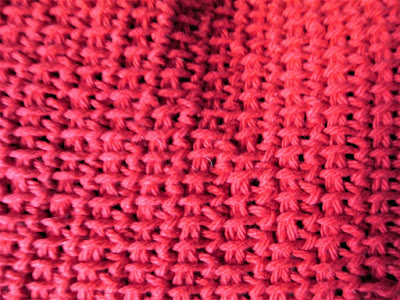 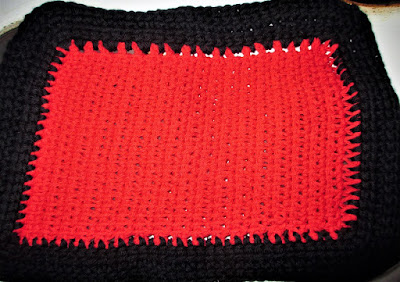 These took quite a while to travel from point A to point B, but at least they're home now!

Hope it's a good Saturday in your neck of the woods!
Share
Posted by Shari Burke at 3.3.18