A Good Read: Himself by Jess Kidd

I was reading a review of this author’s latest book (The Hoarder) one day and they mentioned this, her first novel. After placing The Hoarder on hold, I looked up this one and requested it as well. I picked it up on a Sunday afternoon, planning to start it and see whether I liked it. I forced myself to put it down so I could reheat leftovers for supper, but other than that, I read it straight through that day. In reading a couple of reviews of this book after I’d finished it, I was surprised to read that the reviewers thought there was too much going on in parts and that they felt it got bogged down in the middle. This was not my experience at all. I was completely caught up in this book on every page and when I finished it, I closed the book and said (out loud), ’Wow!’
It is true that there is a lot going on in this book, but that was certainly not a problem and I think it’s part of what makes it such a good read. Rural Ireland, traditional folktales and spiritual practices, literature, theatre, Catholicism’s role in rural Irish life, and more are all skillfully knitted together by the author to move the story along.  She is also a wonderful writer. She moves from laugh-out-loud humour one minute to disturbing violence the next. She crafts beautiful sentences and paragraphs, such as these--such an evocative way to say that, in a small village, news travels fast:

‘Words are capable of flying. They dart through windows, over fences, between bar stools and across courtyards. They travel rapidly from mouth to ear, from ear to mouth. And as they go, they pick up speed and weight and substance and gravity. Until they land with a scud, take seed and grow as fast as the unruliest of beanstalks.’ (p60-61)

The story revolves around Mahoney, who has been brought up in an orphanage (staffed with abusive nuns and priests, except for one nun who is kind) in Dublin, thinking his mother abandoned him. He is given information that indicates otherwise and he goes to Mulderrig in County Mayo to find out what happened to his mother and how he got to Dublin. We soon learn that Mahoney sees and communicates with deceased people. He meets the local pub owner first and then takes a room in an old house with one other lodger--the aging theatre actress, Mrs. Cauley, who describes herself at one point as, ‘Miss Marple with balls’. They bond quickly and she begins to help him in his quest, as does the woman who runs the boarding house and Bridget, who was one of the couple of friends his mother had. The dead also help, in their own way, as do books. Villagers are not pleased at Mahoney’s arrival and at first they cling to the story that his mother--an unpopular teenager--simply left of her own accord. There were lots of stories and none of them make much sense, but people cling to them anyway.

A good part of the story involves the old ways and the tensions between those and the Catholic church’s teachings and representatives. The current corrupt priest, for example, ridicules an elder for believing in the old ways and dumps some water out of a horse trough--water that was spiritually significant for her. He is then subject to a holy spring that springs up (ha-ha) in his drawing room, accompanied by frogs and other aquatic/amphibious creatures.

The reader is in no suspense about what happened to Mahoney’s mother, as this is the scene that opens the book. But as Mahoney, Mrs Cauley, and the others get closer to the truth, personal secrets begin to come out.

The book is an interesting combination of genres. There are so many different aspects to it--folklore, psychological thriller, detective story, village full of quirky characters, humour, and nature writing are all here. I was surprised to love this book as there are some aspects of it that are not the kind of thing I would normally pick up. I knew that before I started, but the other aspects of it and the setting made it seem like it was worth a try. I’m glad I set my reservations aside and gave it a shot! One other thing I liked about the book was that, at a certain point, the ‘damsel in distress’ trope was turned upside down.  I’m quite looking forward to reading the new book! 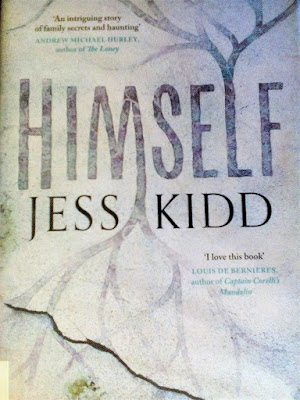