It is Sunday evening as I type and the All-Ireland championship football game (GAA football, that is) is over. I watched most of the game online--had to see whether this is the year that the Mayo curse is broken! At first it seemed that it was alive and well, and even the analysts were talking about it during the halftime discussion. Dublin was leading by 5 points at halftime. They could not really take credit for that though--this was a gift from Mayo, who scored 2 own goals in that half. This meant 6 points for Dublin. But Mayo came roaring out in the second half and tied it up pretty quickly. They dominated the game overall. They prevented Dublin from scoring until 31 minutes into the first half and almost that long in the second, which was apparently pretty surprising. They did get sloppy for a brief time in the second half and Dublin scored a few points, putting Mayo down by 3 with little time on the clock. They scored. Down by 2. How much extra time would the ref put on the clock? Turned out to be 7 minutes, which is quite a long time, apparently! Donal from Ballinrobe scored a point. Down by 1. Then, with just a few seconds left on the clock, Mayo tied it up. That is where it ended. They replay the championship game on 1 October.

I understand more about the game now, having seen it (next I will have to try and watch some hurling, whenever that is on), though I have a long way to go before I could possibly tell you what the rules are. There is what seems like a very big pitch with goals like you see in soccer games at either end. The difference is that these also have vertical goalposts sticking up on either side, sort of like US style football. So a ball in the net is worth 3 points and one between the vertical posts and over the top of the net is one point. They play in shorts and jerseys--no padding or helmets. No tackling, although they do fall down a lot. They have a round ball and they can run while holding it, but they can only take a certain number of steps with it before they have to pass, dribble, or bounce it off their foot while racing down the pitch! Today it was raining so the ball was 'greasy,' as one guy put it. Guess they're used to that. These guys are all amateurs and have regular jobs. This GAA (Gaelic Athletic Association) stuff is for the love of the games, I guess. This is a very big deal here--82,000 people were at Croke Park to watch the match today. That is in Dublin, but even so, there were a lot of Mayo fans and I could hear them chanting, 'Mayo, Mayo' a couple of times. One Dublin fan was well clothed in a crocheted blanket and a knitted scarf, both in Dublin blue.

Here we stick with Mayo red and green! Up Mayo! 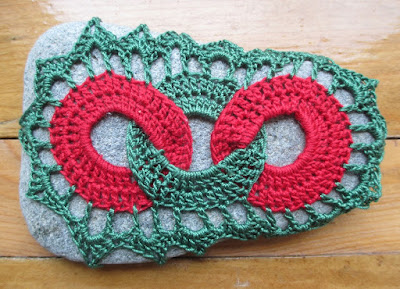 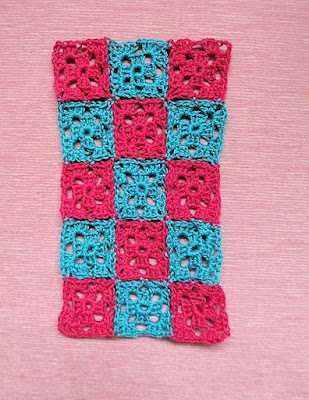