We took a wee wander this morning after breakfast. Bill had a book he wanted to get at the library so that was the first stop. We ended up in a whole previously undiscovered (by us anyway) corner which extended the Donegal and Ireland sections quite a bit. Bill got his book, Gerry (librarian) recommended a couple more, and I found a few on my own. I could have picked up more but I forced myself to turn away. I have a few books in transit and today is Friday when such books usually find their way to Moville, so I might be dashing back later. Oh the joy of having even a wee library just around the corner!

We wandered down to the pier after that. It is a part of the shorefront I do not go to as often as I head for the shore walk. It is quite different from the piers at Killybegs, which had a mix of boat/ship sizes, but was dominated by the large fishing vessels. There are just a few small boats here. At the moment there is some major renovation going on there as a building that used to be an art center is being turned into another B&B. Tourism is the thing that keeps this town afloat and I am curious to see what that looks like over the summer months. There are several lodging options here, from small B&Bs to a fairly large hotel for a small village, many of which have been in business for a while, so there must be enough tourists to keep them going.

As we were walking back up towards town, we happened to be standing on the corner when we noticed the blue lights of a Garda car flashing up the street. Then another one drove by. I looked the other way and saw why--three big trucks were heading through town, each carrying a part of a wind turbine. A wind farm is being built in the hills nearby. The blades came through a couple of weeks ago. It was quite a job making the corner with the blades, but these parts were not as long and they seemed to have no trouble. 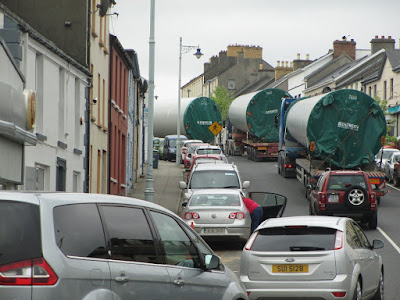 As they drove by I tried to snap a pic that would give a sense of how big these things are, but I couldn't get it in one go. 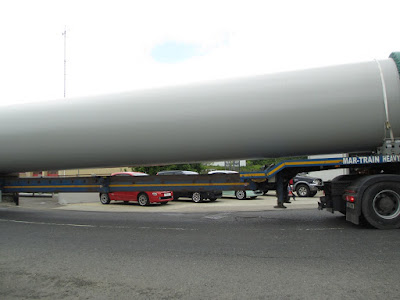 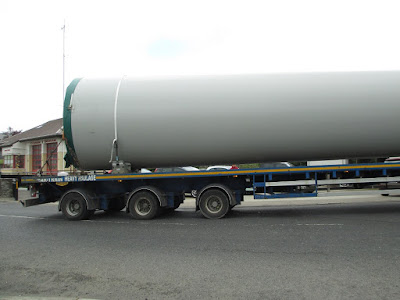 Planters in town are being filled with beautiful flowers. I have noticed the profusion of public flower baskets, boxes, tubs, and planters throughout the areas we have lived in and traveled through--it seems that every little town and village has beautiful flowers along the main streets, hanging on posts along streets and bridges, in green spaces, and anywhere they can stick a tub of dirt! The colours are so vibrant and they really do beautify the surroundings. Along with the pansies, I saw a couple varieties of flower that I have not seen before--the pale peach one and the bright pink. I also do not recall seeing the purple and orange combo before. And the deep purple bloom takes my breath away--looks like velvet! 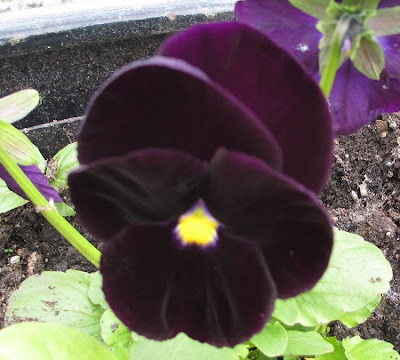 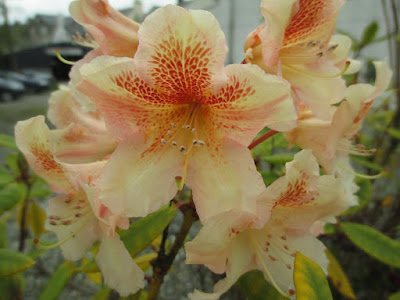 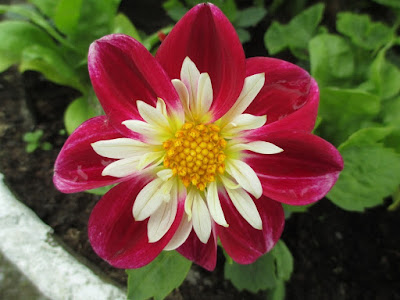 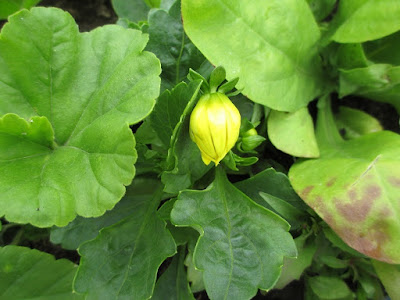 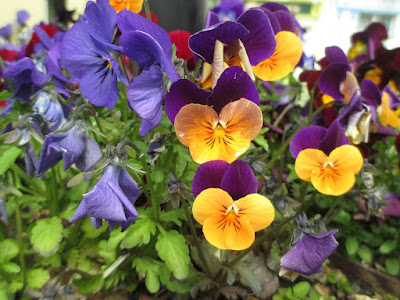 Hope your day is beautiful, wherever you may be and whatever you are doing!

Love those flowers---pansies are my favorites---and you know I'm a fool for libraries.

Fools for libraries is good--helps keep 'em funded! I have wondered whether they have noticed a spike in requests to have stuff sent to Moville in the last couple of months :-)

Pansies are quite cheerful, aren't they/ I know nothing about flowers, but I know what those are and I like them too!