We had planned to hop on the noon bus and go to Buncrana this afternoon. Since we did not have to be out early I was in no rush to get dressed, so sat in my robe, ate my muesli and drank my vat of coffee in a leisurely way. Then the doorbell rang at about 9:35,which startled both of us. I ducked into a bedroom and Bill opened the door to find the guy who takes care of stuff in the apartment. He wondered if the electrician could come and put up the new heater in our bedroom (each room has its own electric heater). We had mentioned that the one we had did not work to the person at the letting agent's office almost a month ago. A few days later, the electrician came and took the old one out, saying he would try to fix it. It appeared back downstairs shortly thereafter, but since we were not informed about what was going on, and since we really do not need it right now, we just let it go, figuring we would find out someday. Today was the day.We were told that the guy would arrive in half an hour with the new heater, stick it up on the bracket, show us how to use it, and that would be that. OK, that was fine--gave me plenty of time to get dressed and the guy would be in and out so we would have oodles of time before we went to catch the bus.

He came, he tried to put up the heater, but there was, of course, a glitch. By this time I was sitting in the other room knitting a sock cuff, so I am not completely clear about what the problem was. I think it had to do with the bracket and the cord not reaching the plug. Guy said he'd be back in 15 minutes--had to splice cord or something. He got back in an hour and 15 minutes. Did something, went back down to the van for a while to do something there, and then came back up and finished the job. Now we have a lovely new heater in our bedroom and all we need is the cold weather in which to use it ;-)

Since we were a few minutes too late to catch the bus to Buncrana, we decided to eat lunch, go out for a walk and poke around some of the wee beaches along the shore and then do a couple of errands. We will go to Buncrana tomorrow.

While we were out there, I found myself a mini brain :-) 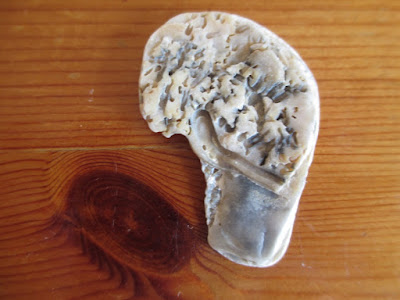 A lot foggier on the UK side! 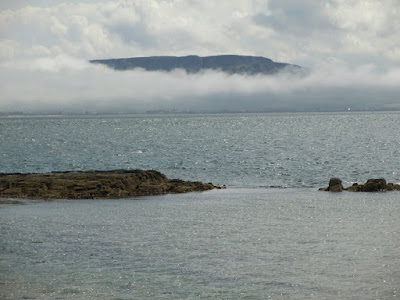 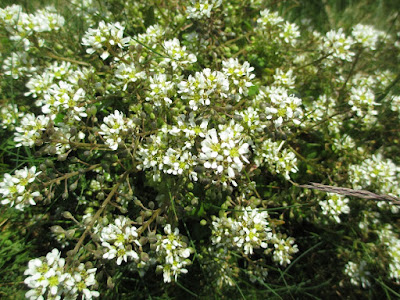 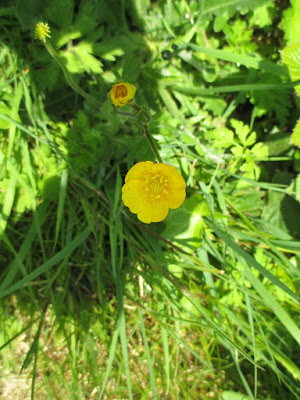 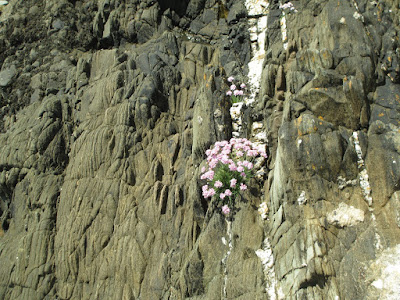 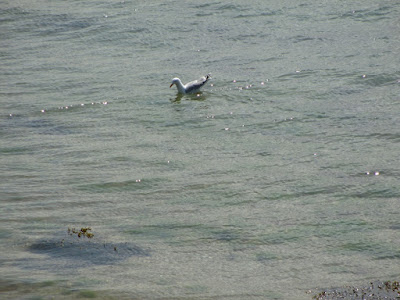 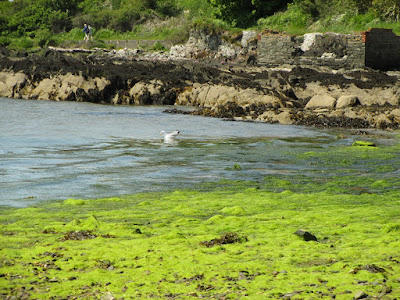 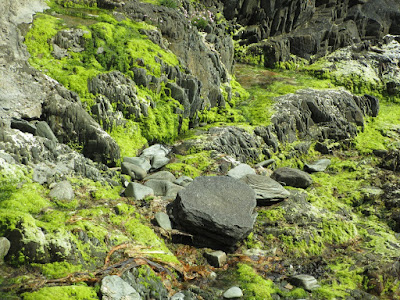 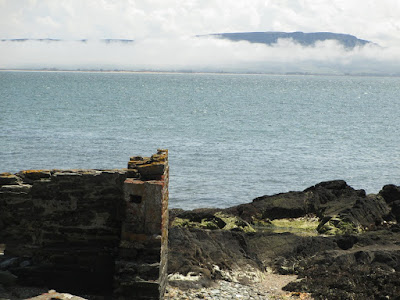 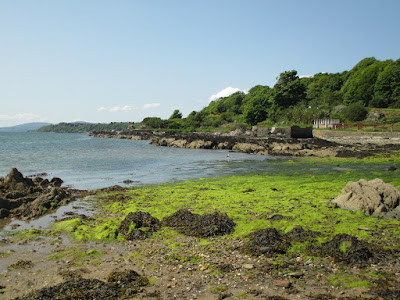 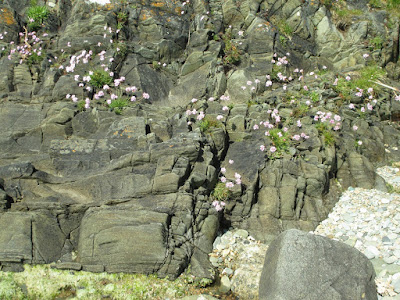 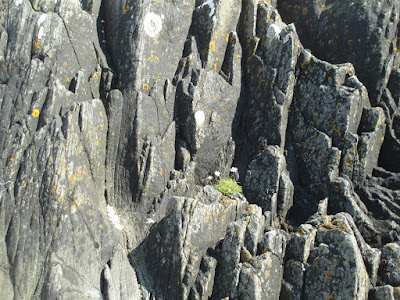 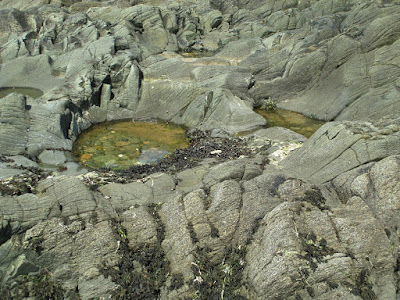 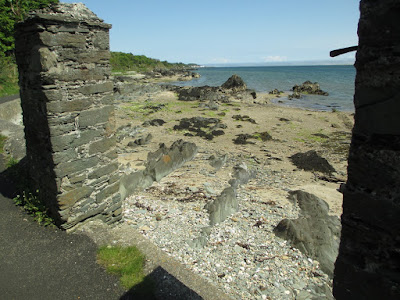 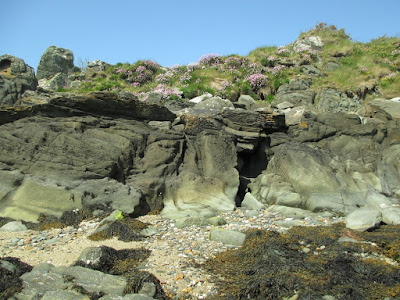 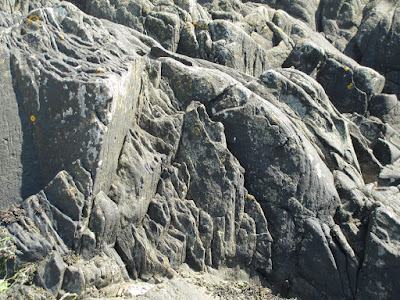 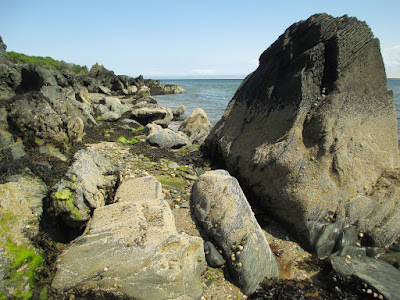 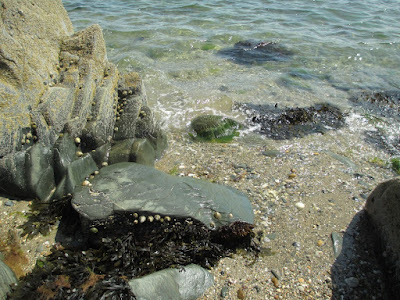 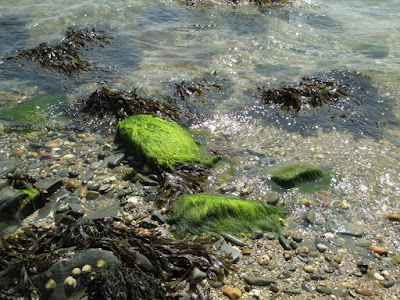 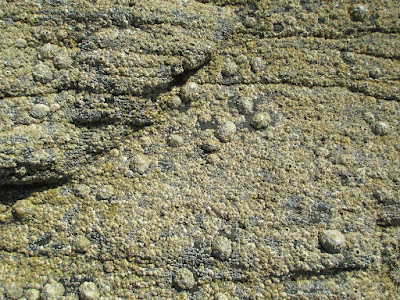 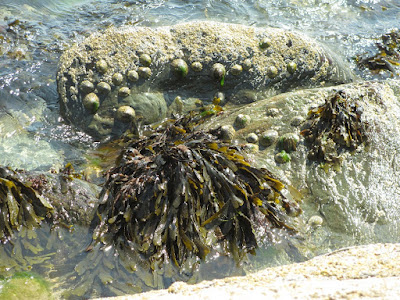 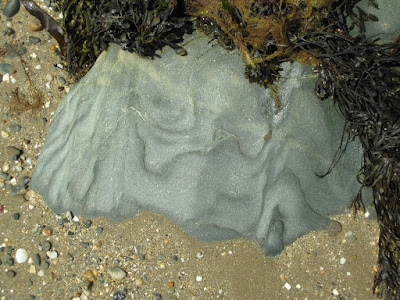 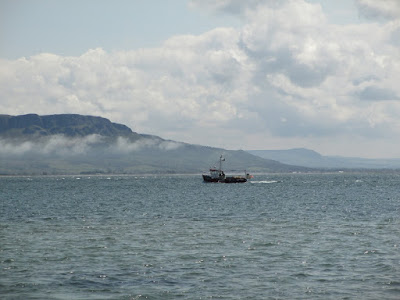 It was pretty chilly when we left, but by the time we got home we were both a bit warm. No need for our new heater for a long while yet, sad to say, but at least it's installed now and ready to go. No matter that our plans changed--turned out to be a lovely day in Moville. Hope your day is lovely too!
Share
Posted by Shari Burke at 24.5.16

It does look like a mini-brain! Lovely, lovely walk. So nice to go along with you.

It is beautiful! I love looking at all the little rocks and seeing what they make me think of--in addition to my little brain, I have a penguin-in-profile rock :-)