Here is the second post about the books I read in February. Because we were spending a lot of time and energy trying to get everything sorted, I did not write much about the books, opting instead to take pictures of the descriptions on the back or dust jacket. I apologise for the poor quality of some of these--by the time I looked at them, the books were back at the library.

Still Life by Louise Penny
This series of Inspector Gamache novels has been recommended to me by several people and I made a mental note to look for these books in charity shops. I had read that it’s best to read them in order, so figured I’d take what I found in charity shops and borrow from the library to fill in the gaps. I was really happy when I found this, the first book in the series, in a charity shop. I got hooked pretty quickly and had requested the second book from the library before I finished this one. So fun to have a new series to dive into!

The Mandelbaum Gate by Muriel Spark
I found this at a charity shop at the same time I found the Louise Penny book above. I always pick up Muriel Spark when I see her (which is not often). I wasn’t sure I would like the book, but I was quickly stuck into it and enjoyed it a lot.

Wild Atlantic Words by MEAS writers
I found this at the library. It’s a collection of short stories by a group of writers from south Donegal. It was a fun read, especially the stories that are set in places I am familiar with.

Everything Under by Daisy Johnson
I has started listening to the audiobook of this several months ago and didn’t get on with the reader, so stopped listening, making a mental note of the title so I could eventually get the book from the library. When I saw it one day, I checked it out. I got on just fine with the print version. I cannot say I liked the book (it seemed a bit too quirky, weird, and sort of uncomfortable), but I thought it was a good read nonetheless. 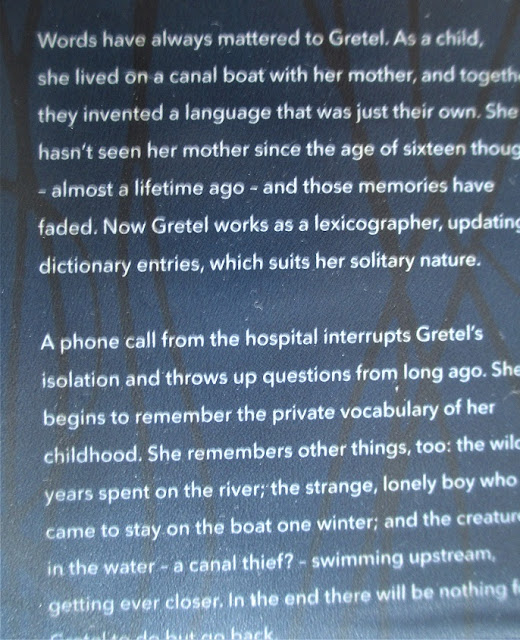 The Big Windows by Peadar O’Donnell
This guy seems to be a big deal here. He was a local and there is a building named after him down the street from us. I think there used to be an annual festival in honour of him, but I am not sure whether it still happens--guess I'll find out!When I saw the book on the shelf in the library, I figured I should read it and I will seek out more of his work so I can learn more about him. I found the book really interesting. It’s a good story which illustrates a way of life, but also reminded me about things that are universal. While the setting is a rural Irish village on the ‘mainland’ of Donegal (located in the hilly area around Slieve League, an area I have visited a few times, so can visualise the landscape), aspects of the behaviour of the local people reminded me of people I have known in the various small towns we have lived. Even though the village in the book was far smaller and more isolated than anywhere I have lived, and the story took place a century ago, I have known people in larger US towns that are not isolated behave in exactly the same ways.

I love the Penny books. Love the village. I do not like the language. wish authors would avoid certain words...however, the characters are funny...and unique...enjoy...

I haven't read any of these but a few caught my attention, like Wild Atlantic Words so I just bought a copy.

There are a good variety of books here to keep your eyes busy.
You are reading quite a lot of books.
A great way to keep the mind busy, too.
You can never be lonely as long as you have books to read.
My choice for reading material are books made of paper. Soft cover or hard cover I don't care.
I do enjoy an occasional audio book.

I agree, Brenda--love the characters and the village in the Penny books!

I hope you like the book, Vicki! I thought it was cool that the group got together--grew out of a creative writing class, if I remember correctly--and had their work published.

Yes, Jan, I like paper books myself, although I do like my e-reader for certain things. I have many classics and other older books on there and it's handy to carry around when we go away for a few days or head out on the bus. Audiobooks are tricky--depends on who the reader is. I do read a lot--we haven't had a TV for over a decade and I don't like movies. I'm a reader and a listener (while I stitch). Someone once joked to me that I probably walked out of the womb with a book in my hand. Maybe they're right! ;-)

It seems a good variety here Shari.
I seem to go more for paperbacks these days, and often keep an eye open for choices in local charity shops.

We have hauled books from many charity shops around the county as we've moved ;-) Then we often donate them back or put them in a wee free library. They keep circulating and any money goes to good causes. Win-win! :-)