Yesterday afternoon when we got back to our glamping 'villa,' the wind picked up and it began lashing down rain. We were trying to figure out what the recurring rattling noises were and finally realized that it was the wind coming in through the vents for the exhaust fans--there's one over the hob and one in the shower. We keep the bathroom door closed, because the light is on a sensor, and whenever we move in the main room, the light goes on. Keeping the door closed prevents this and also serves to muffle the rattling a bit. When I woke up this morning, I could tell the wind had shifted because the shower fan, which is on the side of the 'villa' was rattling a lot and the one over the hob, which vents out the back, was quiet. Last night, it was more the other way.

There were some downpours this morning, but things eased up a bit, so we went out for walk in the mizzle. We walked through the village, down a few lanes and back to the main road. We kept going until the sidewalk ran out and it was not safe to go any further, then we turned around.

There were some critters out today, doing their work.

The colours were popping in the mist. 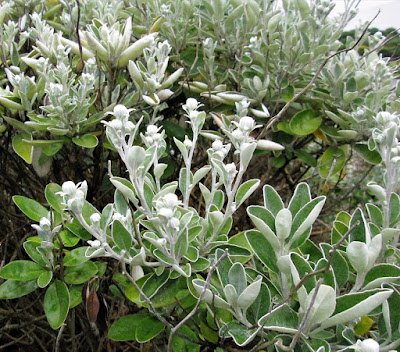 Window of Rose Cottage. This is a really cute cottage, but it's right up against the footpath and probably less than three feet from the road, which is very busy with fast-moving traffic. It's kind of a shame it's not set back more, but I suspect the cottage was there first and the road came later. 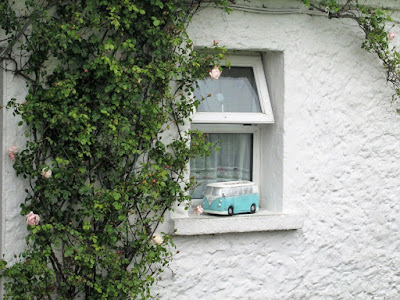 This afternoon, we called in, with our stainless steel mugs, to the Happy Camper Cafe here at the camp. Unsurprisingly, there were many more camper vans on display.


The woman who owns the cafe is so friendly. We had a nice chat about this area and our area. She and I were both laughing and talking about how much we love where we live. I commented that it's a pretty good thing when we can be heading for home and saying, 'I can't believe I get to live here.' She agreed. She said several times that she loves living where she does. Hearing that always makes me happy. 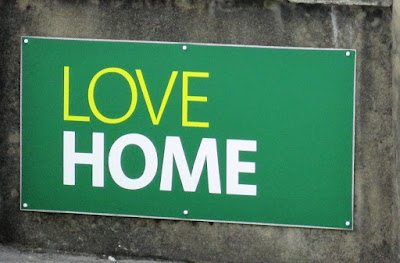 Glad the rain and wind didn't do a lot of damage. It looks like your walk had some pretty neat sights to see. I'm surprised that cottage is still standing with it so close to the road. I love where I live too :)