This is the middle section of my December book list. Part one is here.

Awakening Loving Kindness by Pema Chodron
This small volume is a collection of transcribed and edited talks given by Pema Chodron during a month long retreat at Gampo Abbey in Cape Breton. Pema Chodron is a USian who came to Buddhism in middle age after two failed marriages and after her children were grown. She became a nun in the Tibetan Buddhist tradition. I have always found her work helpful.

Winter by Ali Smith
This is the second in the author’s seasonal quartet. I read Autumn last year and kept checking to see when this one would be available in the library. When it popped up, I added myself to the queue and it showed up pretty quickly. I quite like Ali Smith’s work, even though I always feel a little bit off balance when I am reading it. In both Autumn and Winter, she includes current events in the story. In Autumn, Brexit was a feature and in Winter the response to that and some unfortunate remarks by Teresa May make an appearance more than once, as do some of the pathetic ramblings of the current US president and even the Grenfell Tower fire. She also references Charles Dickens’ story, A Christmas Carol in various ways. The last couple of sentences made me laugh. In the story, Sophia Cleves, who lives in a big old house with 15 bedrooms, is having visions as she prepares for the arrival of her son, Arthur, and his partner Charlotte. Arthur has issues of his own. When he arrives, he finds his mother in a worrisome state and calls her estranged sister, who arrives in the middle of the night. Weird stuff follows from there.

The Other Mrs. Walker by Mary Paulson-Ellis
Bill found this in the wee free library and thought I’d like it, so he brought it home. It says on the cover, ‘a detective story with no detective.’ Not sure I’d completely agree with that characterization, but it was a good book nonetheless. The book begins at Christmas 2010 in Edinburgh, where an elderly woman dies alone in her flat. It then moves to the beginning of 2011, and we meet Margaret Penny, who has returned to her mother’s flat in Edinburgh after fleeing London. Her mother is a member of many churches and is soon called by one of them because her name has come up on the rota of mourners for those who die without family or friends. Margaret accompanies her mother, Barbara, to the funeral, where she meets Mrs Maclure, who slips a piece of paper into her coat pocket. It has a phone number written on it, which Margaret calls. She soon finds herself working for the Office of Lost People and is given the task of finding out who the woman in the flat is. The story shifts around in a spiral, going from 2011 and back to past years as Margaret’s story intertwines with that of Barbara and the woman in the flat. The 2011 sections are fairly linear, but the sections about past years are not, as they don’t go in any kind of order. One ‘flashback’ will be in the 1930s, the next in the 40s, and then back to the 30s again. Or we learn about something that happened in 1980, then back to 2011, then to 1977, and after another 2011 interlude, all the way back to 1944. It’s an interesting structure and it works. The story doesn’t get muddled or anything--it still flows along. I had not heard of this book, which was published last year. It appears to be the author’s debut novel. I’d read more of her work.

Nora Webster by Colm Toibin
Nora Webster is newly widowed and must figure out how to deal with her grief while helping her children cope. Her two daughters are essentially grown, but her two sons are not. She has help from her late husband’s brother and sister, along with her own aunt Josie, as she gets on with her life in 1960s Co Wexford. The book is told entirely from her point of view and the reader is inside her head the whole time. We see her thinking about things in terms of ‘this is what Maurice would have thought about this thing’ to her having her own opinions and voicing them. I recall hearing about this book a few years ago and checking it out from the library. At the time, it didn’t do anything for me and I never got very far into it before putting it in the return pile. I found it one day a few months ago at a charity shop and decided to give it another go. Glad I did. I quite enjoyed it this time! 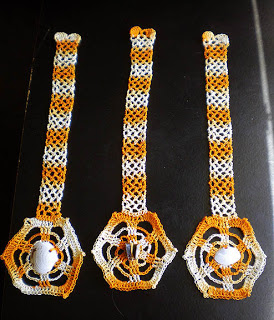 Thanks for the book reviews. I was thrilled to learn that you have the wee free libraries there. It is great fun for us to find these free libraries in our travels. Your bookmarks are very sweet.