Well, January seemed to fly right by. I was pleased to have some actual winter during the month and am enjoying it while I can. Gives me a chance to practice being in the moment and not anticipating what is ahead. I am not very good at that, but getting better!

As always, whatever I feel like, books are there to enrich my life. Here is part one of January's pile.

Watermelon by Marian Keyes
I ended last month (and year!) trying out a Marian Keyes book after overlooking them for a few years. Hearing feminist Irish writers talk about her in glowing terms and pointing out that she is an author who tackles serious issues while at the same time telling a good story encouraged me to give them a chance. She also includes humour in her books, even as they involve difficult situations.  I decided to try a book at the end of December and liked it. I began this month (and year) with this book. It is the first book that revolves around a member of the Walsh family--this time, Claire. I am not sure the books are a series, exactly, and each one seems to be primarily about a different family member, but I decided to read them in order, even though I have no idea whether it makes a difference. In this book, Claire is living in London and has just given birth to her daughter. Her husband, who is the girl’s father, comes to the hospital and announces that he has been having an affair for the past 6 months and is leaving Claire and the baby to set up house with the other woman, who is a downstairs neighbour. Claire has 5 or 6 months of maternity leave, so she brings the baby back to her own childhood home in Dublin, where her parents and sisters help her through early stages of this crisis. She begins to get back on her feet and move on with her life. It’s a very different Claire who meets the husband when he arrives in Dublin wanting to discuss things.
I liked this book, although I didn’t find it as funny as Last Chance Saloon, the book I read before this one. I still laughed out loud in places, though. I had planned to move right into the next Walsh book, but at 600+ pages apiece, it seems like a lot of time to spend all in one go, so I decided to take a wee break from them and read some other stuff first. I’ll get back to the Walsh family later.

My Life in France by Julia Child with Alex Prud’homme
This book has been on our bookshelf for a couple of years and I decided it was time to read it and pass it on. I was not sure I would even like it, since fussy cooking of any sort is not really my thing--I prefer to keep things simple. Turns out I did like it. What I enjoyed about the book was her descriptions of how she adapted to living in a culture different from her own and how she discovered her passion in life when she was nearing 40. I am always interested in stories about how people discover their creativity and how it manifests in their life. Creative evolution is so personal and so different for each person. I had fun reading about how it played out for her with food. The book was based on letters she had sent to people from France. She’d always talked about writing such a book ‘one day’ and her nephew offered to help several times, but she always turned him down. When she ws in her 90s, though, she agreed, and this is the result.

The Mill on the Shore by Ann Cleeves
The other day, I remembered that I had two books left in this author’s series of books about the older married couple who had set up a private enquiry agency. He is a retired Home Office chap and avid bird watcher and she is a retired social worker. I’ve enjoyed the other books in the series. They are all out of print, but available as e-books, so I went to the e-book section of the library website and found the last two, borrowed the, downloaded them, and read this one. It had less bird watching in it than previous books in the series, but there was a conservation storyline. George is contacted by the widow of an old friend who recently died by suicide. But was it suicide? George and Molly go to find out.

High Island Blues by Ann Cleeves
This is the final book in the Palmer-Jones series as described above. I wondered whether there would be some sort of conclusion to the series included in the plotline, but there wasn’t. There were a few allusions to age and how George and Molly are not as young as they used to be, but nothing more than that. I’d started to wonder if they would decide to end their private enquiry business or something. This book was a bit different from the others in that most of the story takes place in Texas. Three British men were friends in their youth and had taken a bird watching trip there when they were in their late teens or eary 20s. They’d agreed to do a reuinion trip 20 years hence, so that is why they were in Texas again. One of them meets his end and another is a suspect. The latter calls George Palmer-Jones for help. George goes to Texas and Molly does some investigating closer to home. After I read this book, I came across a comment by the author about the series in which she talked about how, looking back at the books now, she sees their shortcomings, the good points, and how her writing has improved.

I hope you've had many good reads during January, too! 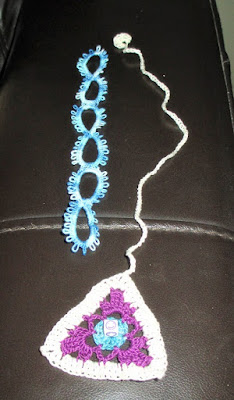 Those all sound like good books. I have not had much of a chance to read this month. Just finishing up Grisham's Camino Island. I haven't read him in a long time but the setting called to me.
Also reread an old Catherine Cookson book- I loved all her books. Most of them were based on strong women characters and their struggles...set in England. She wrote well into her 90's and I feel she was a true story-teller- no sex or swearing--but you KNEW what was left "unsaid". xo Diana