Not Forgetting the Head Gear!

Yesterday I posted about my, uh, 'attachment' to the fingerless mitt pattern that I discovered in a crochet magazine our daughter sent (Crochet World Holiday issue). I have these little attachments from time to time. Something catches my fancy and I make one and then keep making them, trying out new things and experimenting as ideas arise. For a while it'll be socks. Then it might be cowls and scarves. Years ago, it was blankets. At other times it's been bags or wall hangings or doilies. And of course, hats have been a big one for several years now. These never really go away--they just simmer until the time is right to focus on a particular type of project again. Looking through magazines is one way to fire up enthusiasm for one thing or another. So last night, I made a hat using another of the patterns from the magazine. 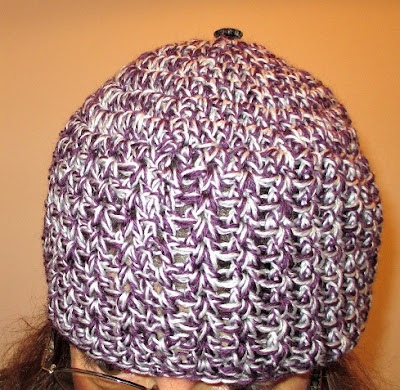 As I almost always must, I went up a couple of hook sizes from what it said in the pattern and I had to adjust the pattern, which was no problem. I just did an extra round of increases for the crown. I went down two sizes of crochet hook to do the last round, so it would not be too loose. The photo showed it as very close fitting and I didn't want that, but I didn't want it to be slouchy, either.

The hat begins at the crown with a circle of double crochets (US terminology--UK treble crochet) with regular increases, from the second round. The pattern called for 6 rounds--60 stitches before starting the body of the hat. I did an extra round and had 70 stitches. When I was done, I used my starting tail to sew on a cloth button I had in the button tin. 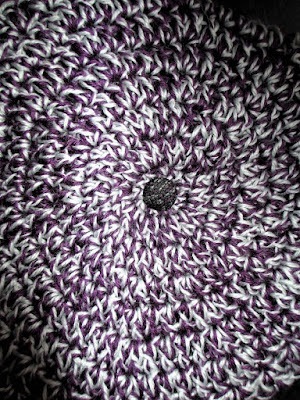 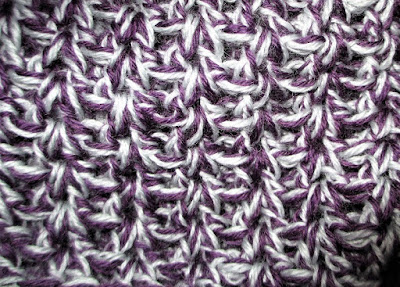 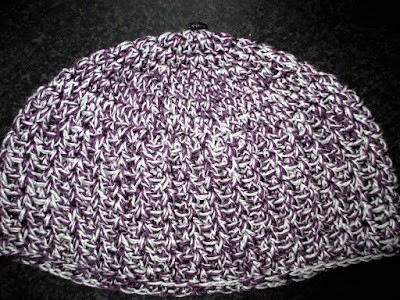 I still have enough yarn left to make a pair of matching fingerless mitts, too 😉

Partway through the crown, I started thinking about a similar construction using some different stitches, so I might just gather up some scraps soon and try it out.