Since we got back from Sligo, I have not been out much--trying to let the left side of my body recover from the tumble I took in Tesco there. The bruises seemed to have been delayed somehow. Once we were home, I became rather colourful on the left as my wrist, upper arm, and leg turned various shades of purple. Each day the colours are a little bit different, but I am keeping an eye on things and can see improvement. I make sure I move around every so often so I don't stiffen up, but am also mindful of my tendency to overdo things and am trying to avoid that. I went to call on veg man on Tuesday and to the library yesterday, but other than that, have stayed at home, grateful for books and a yarn project that requires just the right amount of focus to distract me.

Bill has been tending the garden and bringing home tomatoes, among other things. Today while he was there, I was in the kitchen using some of our tomatoes to make salsa. They're so pretty. 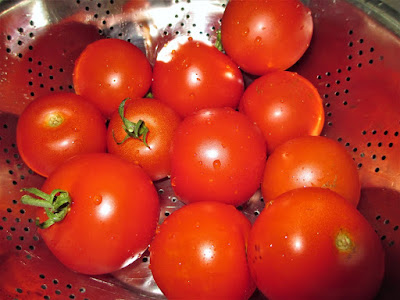 We have a grand total of one jalapeno growing on a plant in the polytunnel, so perhaps I will be able to use that in the next batch.

He came home with more colourful goodies today, including our first broccoli, our first couple of wee courgettes, and some more spuds. 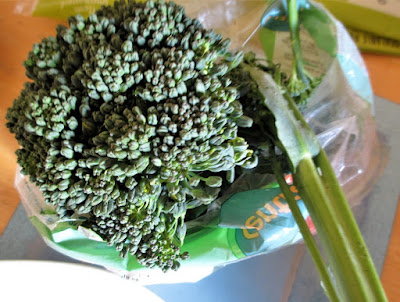 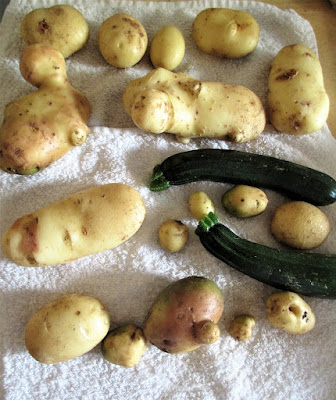 I might make some potato broccoli cheese soup next week. 😋