Here we are on the last day of July. I am always happy when we leave July behind--one month closer to the end of summer.

The Idiot by Elif Batuman
I loved this book and wrote a post about it here.

Modern Ireland in 100 Artworks edited by Fintan O’Toole with associate editors Catherine Marshall and Eibhear Walsche
The goal of this project ‘was to map a century of creativity by selecting 100 artworks made from 1916 to 2015, using each year to gradually assemble a cumulative sense of an evolving creative culture, which in turn mirrored the modernisation of the state.’ (p ix) They used the year 1916 as a starting point because this was the year of the Easter Rising, which many see as the beginning of a change in attitude toward the colonial British and which eventually led to independence in the following decade. A panel chose a work of art or architecture to represent each year, and various people commented on the person/people behind the work, the work itself, and its place in the culture of the day. By art, they meant visual and literary arts--painting, sculpture, film, installation, performance, poetry, short stories, and novels were all included. It was quite a fascinating book. I felt I learned some stuff while reading it and enjoying it quite a lot. You really could see the evolution of Irish culture and society as each piece of work was discussed. When appropriate, the artwork from a previous year was referred to so the reader could compare if desired, or see how things had changed. I thought it was a great idea for a commemmoration--the book was published in 2016 and there were many activities throughout the country to mark the centenery of the Rising. I discovered the book when looking up Fintan O’Toole in the library to see if he had written anything since the few books of his that I’d read when we first arrived in country. I came across this one and A History of Ireland in 100 Objects, which I read last month. I have loved everything I have read that Fintan O’Toole has written. It is all enjoyable to read and informative, whether it is a book or his journalism in The Irish Times.

The Essex Serpent by Sarah Perry
I think I first read about this book in an Off the Shelf email. It sounded intriguing so I went to the library site and requested it. It’s a great book! It takes place in various places in England in 1893. Cora’s abusive husband succumbs to throat cancer and no one is particulary sorry to see him go; Cora herself is relieved and feels free. She is an amateur naturalist who is keen to find fossils. She takes her son and her companion away from London and to the country where she hears about the legend of the Essex Serpent (which is a legend in real life, according to the author) and is determined to get to the bottom of it, so off they go to Essex, having met the vicar and his family through mutual friends. They end up becoming very good friends and the friendship deepens and complicates things for the vicar and Cora as well as others. There are lots of ideas and issues swirling around in this book, many that seem quite relevant today. There is a lot abot faith and reason--how they are sometimes at odds, how they interact, and how either can be taken to an extreme. Social issues and class play a role in the story, such as how society sees poor people and tends to separate those in poverty into the deserving and undeserving poor and how poverty is addressed. Social movements such as feminism and socialism are important to various characters. Medicine and cutting edge procedures of that day have a place in the plot as well. The book has a lot going on, but at the heart of it is a really good story. When I had about 40 pages to go, I had to put it down and go deal with some aspect of daily adult life--and I was miffed. I wanted to stay on the couch and read on.
This is the author’s second novel and I am off to the library website to look for her first. The copy I read had an interview with her in the back and her third, which is in progress, sounds like it will be worth watching out for too!

The Creative Spark: How Imagination Made Humans Exceptional by Augustin Fuentes
I came across this book while scrolling through the library’s e-book collection. I am interested in creativity in people’s lives, so I reserved it. It was well worth the read. He explains his ideas and the underlying concepts very well, so one does not need to have any sort of prior knowledge about how evolution works and stuff like that. I did find parts of it to be boring because of that--having a background in anthropology, I was already quite familiar with the foundational ideas. There was nothing in the book that was particularly startling to me, but I enjoyed seeing how he put his ideas together and reading about some of the newer research that has come out. I was pleased to see creativity placed at the center of our evolutionary history, where it belongs. As Fuentes points out, we evolved as creative beings--had our evolutionary ancestors not been creative, we would not be here. He talks about where our ancestors came from (both geographically and from a species perspective) and how the earliest humans would have been quite vulnerable to predators. However, being social animals living in cooperative groups helped them to survive. When they discovered how to make some stone tools, they were able to pass on the knowledge (probably by example and some vocalizations, since this would have been pre-language) and become power scavengers. The tools allowed them to make quick work of a carcass while some of the group kept watch and scared away other scavengers and potential predators. The increase in protein fed the huge energy needs of the brain. Those adaptations meant better survival and the creativity, imagination, and cooperation increased and were factors in how the species Homo evolved. He is basically talking about how cultural evolution and biological evolution were intertwined. Eventually, creative innovation is what allowed members of earlier Homo species to communicate, see the potential for making useful tools in rocks and other bits of their environments, migrate, expand populations, engage in symbolic thinking, settle, develop many cultural adaptations to environment and living patterns, cooperate, ease tensions, create group cohesion, and eventually begin to create religious systems, art, and engage in scientific exploration. He includes chapters on the role of food, sex, and violence. He communicates his ideas well, in my opinion, and I’m glad I read the book.

Hope you've got some good books in the queue, too! 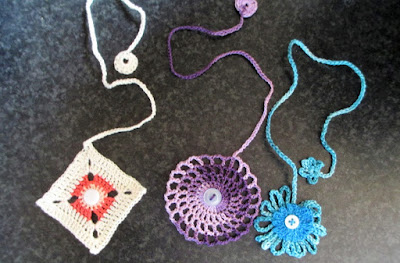