In an effort to streamline meal planning, Bill suggested that we make Friday pizza night and Saturday 'Mexican' night. Sunday continue to be leftover night. Other days during the week are also sometimes leftover night in one form or another, but the 'leftovers on Sunday' plan is ongoing.

Last Friday, I made the usual pizza crust in the bread maker. I always make a large batch, use half for the pizza and refrigerate the rest of the dough, which I use one way or another, on the weekend. This past weekend, because I finally found bags of dried kidney and white beans, I was able to make a big batch of refried beans.

I soaked both in boiling water for several hours, changing the water a few times. Before going to bed, I dumped the soaked beans into the slow cooker and covered with more boiling water, turned the dial to the high setting and went to bed. In the morning, they were ready to be drained and mashed.

I decided to use the rest of the pizza crst dough to make a 'Mexican' pizza. I chopped up a large onion and a yellow bell pepper, sauteed both in some olive oil, then dumped in some chili powder, cumin, oregano, and garlic, before adding most of the mashed beans. I mixed everything together well, adding a bit of water to make the beans nice and creamy.

I rolled out the crust, topped it with the beans, and sprinkled some grated mature cheddar on top. I baked it at about 200C in a fan oven, for 10 or 15 minutes--until the edge of the crust was brown and the cheese was nicely melted. 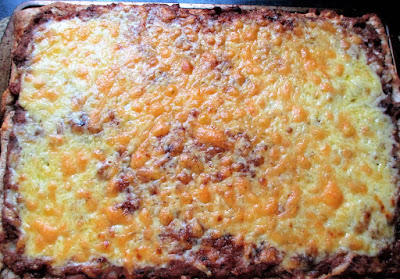 I'd made some fresh salsa, which went on top 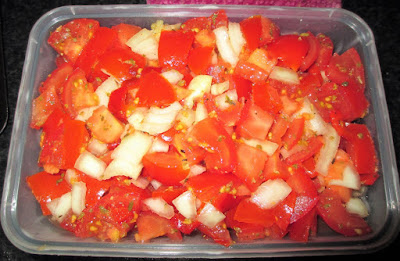 along with some mashed avocado, a big pile of torn lettuce, and snipped scallions. 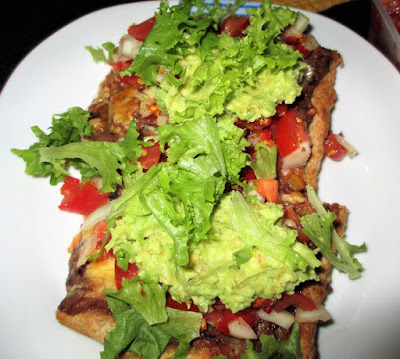 It was so good! We had the same thing on Sunday, except without the avocado. I still have some beans left that I can have for breakfast or lunch for a couple of days with some rice.

This morning we went to the garden. I watched a video last week about how to tell if your cabbage is ready to harvest. It said when they feel heavy, it's time. It also said not to pull up the plants, but to cut the cabbage head off the stalk and leave the plant in the ground. After a few days, some new baby heads are supposed to sprout from the stalk. I love re-growing things, so I am curious to see whether or not that happens. Two of the cabbages seemed heavy, so I cut them. 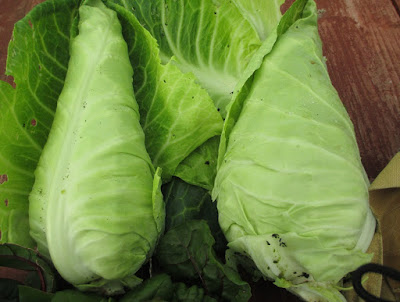 Picked some more chard, too. 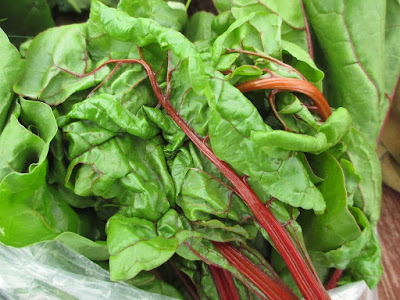 The courgettes (zucchini) have wee babies. If my past courgette experience is anything to go by, they will be baseball bat size in a few days--LOL

Now I am off to hang up the laundered sheets and consider the cabbages. What will I do with them?

I hope that you are well and deliciously fed, too! Happy Monday!
Share
Posted by Shari Burke at 3.7.17