We took a ride to Buncrana today. I was amused by some of the frozen 'Mexican' food they had in Lidl, particularly this Devil's Schnitzel. 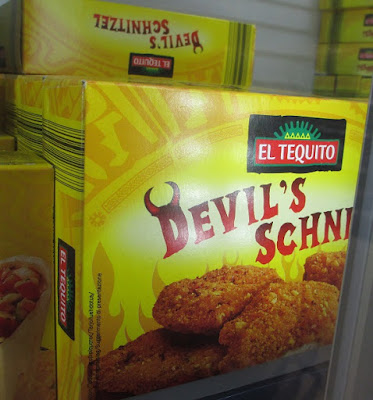 Nearby was some frozen 'American Style' schnitzel which appeared to be stuffed with chilli cheese sauce. It's fun to see what is considered 'American' here. Possibly much like a Chinese person would feel looking at what passes for 'Chinese' food in the US  😉 Lidl is a fun store to walk around in because there are often products I have never seen before, particularly in the frozen food section. Today it was Devil's Schnitzel, but in the past I have seen ostrich steaks, kangaroo leg steaks, pizza with kangaroo meat on it and pizza with asparagus. In Aldi we saw some frozen lamb chump chops, which I find highly amusing as a phrase, but since Bill loathes lamb, I did not buy any.

Before we got to Lidl, we walked over to the library, where there was a big yarn-bombed tree. 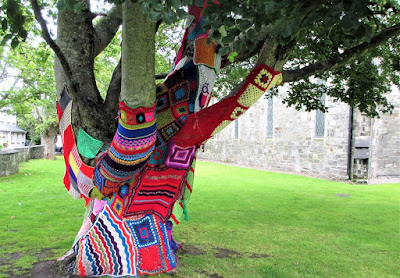 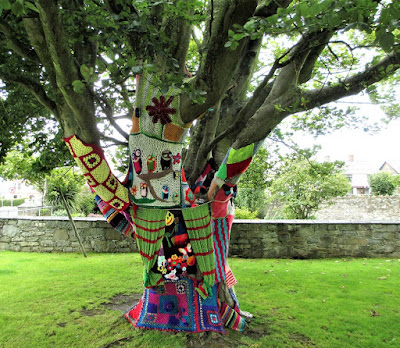 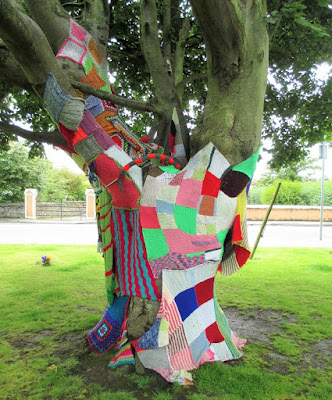 There were some simple yarn bombs in town, too. 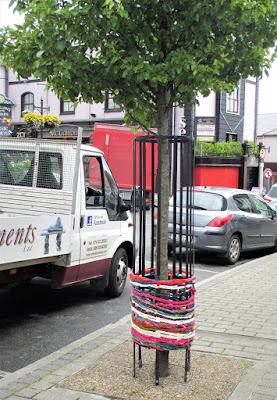 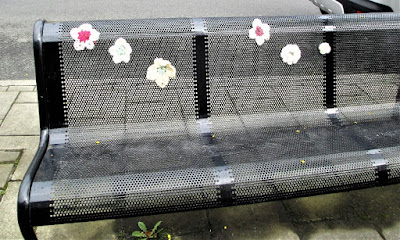 We had plenty of time after we did the stuff we needed to do there, so we took the long way back to the bus stop. It rained a little while we were walking, but then it stopped. The sky stayed grey, though, which made the flowers pop. 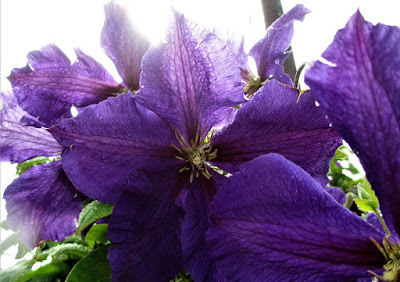 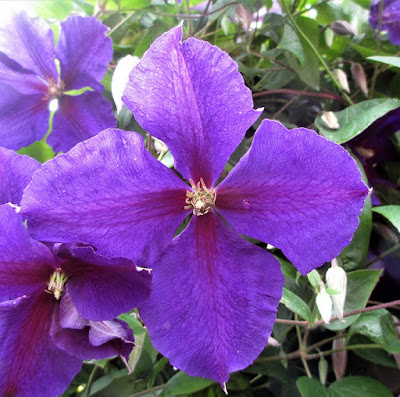 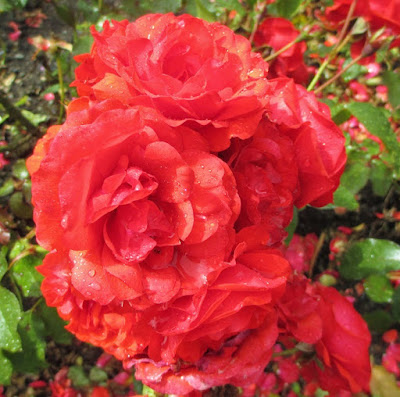 It was a nice day--not too hot and very little sunshine, so pleasant for walking around.

I hope your day has been pleasant, too!
Share
Posted by Shari Burke at 27.7.17