There were some busy bees in Moville this morning. 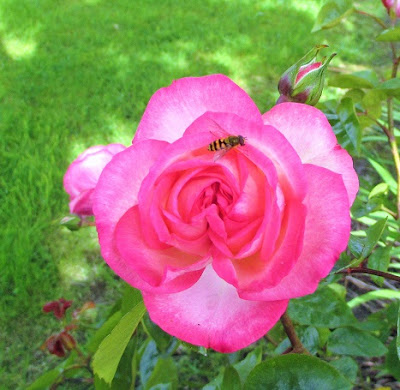 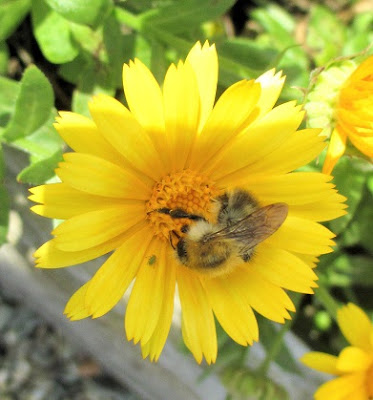 We were busy (and hot!) for a while too--we went up to the garden to water stuff. 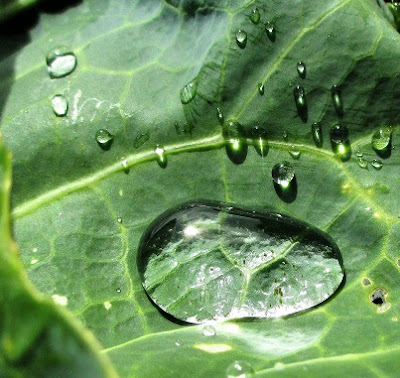 The chard that I picked last week has grown back to just about where it was when I picked some. The other chard plants, which I put outside weeks later than the first plant, have caught up. I will make a dash up there later in the week to pick more. The beans and broccoli continue to grow and the spuds are flowering--such pretty blossoms! 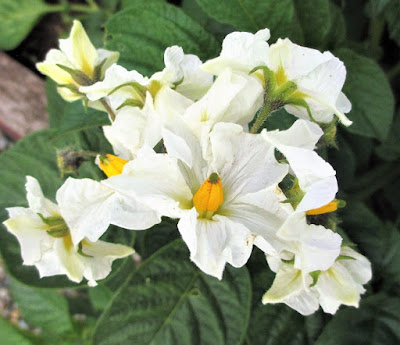 Inside the polytunnel, most things just keep on growing. The peppers--both jalapenos and bell--seem to be growing slowly, so I think we may not have enough time for any peppers to actually form and ripen. I have never had good luck with peppers, so that's not really a surprise. The tomatoes are threatening to take over, though. Last week, Bill put some egg cartons around the strawberries to keep the slugs away from the berries. Today he picked a few caterpillars or something off of the cabbage after he'd filled the watering cans. I worked quickly to get the weeds scraped and everything watered, including the bed in the hoop house belonging to the schoolchildren. They cannot get up there every day and I told their teacher I'd water when we're there, if needed. It's hot today and supposed to be so for the next couple of days, so I figured it could use a good drink. Once I had that done, I got out of there and came home.

I am heartened seeing the chard growing so well. I am hopeful that we will be able to keep some greens, including lots of chard, growing in the polytunnel through the winter. That would be nice. It would also be enjoyable. Right now I go when I must (trying to limit myself to once a week) and leave as soon as possible because it is so uncomfortable, but it should be a different story over the winter, when it is nice, cool, and past the grass, pollen, fungal spores season!

As I was quickly walking down the hill towards home, I walked by a house with a really lovely front garden. A woman was standing on the front step. I said hello and she commented on what a beautiful day it is. I have learned to just go along with this, even though if an Irish person is telling me it's a beautiful day, you can safely bet that it's a day that is too hot, too sunny, and making me miserable!! 😎😕 I heard myself sort of grunt a half-hearted 'yeah' to her joyful 'beautiful day' remark and then I told her that her garden was beautiful. She beamed at me and asked, 'Do you like it?' 'I love it,' I replied. And I do.

Hope you find something beautiful in your day today, no matter what the weather! 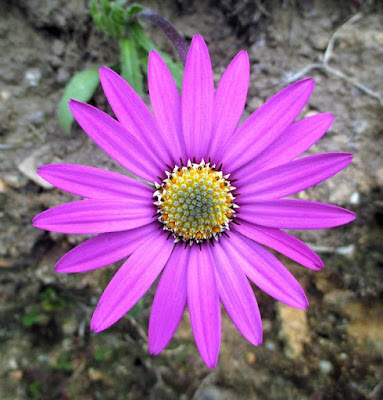 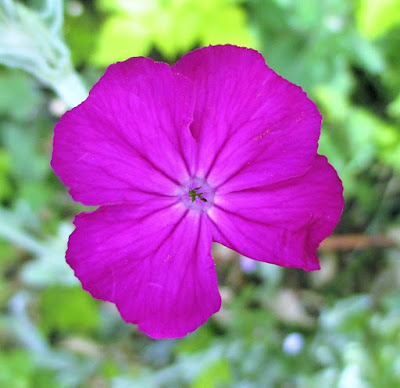