Yesterday I made a loaf of bread using the whey from my first batch of Greek yoghurt. I added some of the pizza seasoning our neighbour gave me. It is so good! Love my bread maker! 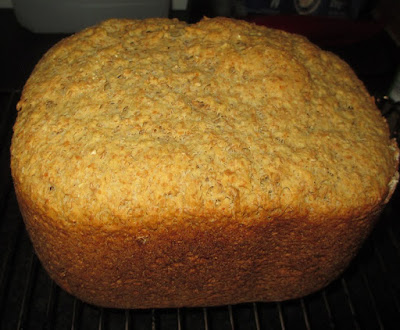 I just put my second batch of yoghurt in the strainer, so in a couple of hours, I'll have more Greek yoghurt and more whey. Yay! The first batch did not last long--I mixed it with hot salsa and we had it on nachos for a couple of nights, along with some coriander (cilantro) from our garden, homemade refried beans, and a bunch of other stuff. There was enough left for me to have the last bit with some beans and rice for lunch one day, too 😋 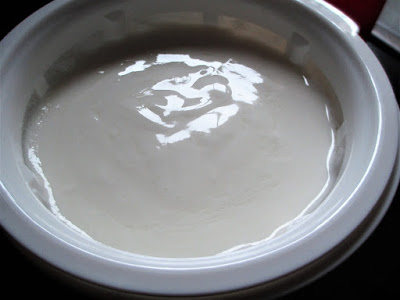 We found a yoghurt maker at Lidl and we bought it. I'd been thinking about starting to make yoghurt and did a little bit of clicking around. I could have started making it without a dedicated yoghurt maker, using the slow cooker or a thermos and a cooler, or probably in other ways as well. But those methods would have also required me to buy stuff--like a thermos and cooler, thermometer, cheesecloth to strain for Greek yogurt, etc. Not only would it have cost the same or more to buy the stuff for that as it did to buy the little machine, but the process would have taken attention and time, as I would have had to monitor the process, wrap the slow cooker in towels, and other things. I hate buying mass-produced items new, and am not an impulse buyer, but after looking into it, it was clear that this would be a useful purchase for us. The yoghurt maker is small, lightweight and simple. I put the milk and few tablespoons of yoghurt in the machine at night and turn it on. In the morning, it is ready to sit in the fridge for 24 hours. After that, I pour it into the strainer and let it sit. I only have to spend a few minutes. I have a feeling that, like the bread machine, this will get a lot of use. 😀
Share
Posted by Shari Burke at 5.6.17