The Hope in Dystopia

Recently, I got an email from a friend in which she mentioned the fact that she'd read the book, Oryx and Crake by Margaret Atwood, on the recommendation of one of her other friends. When she finished it, she was left wondering why he'd suggested she read it. She said she wanted to read utopian novels, not dystopian ones, which she finds depressing.

This got me thinking about my own thoughts on the matter. I thought Oryx and Crake was a great book and I was about to begin The Year of the Flood, the next book in the trilogy (I've now finished it and I liked it just as much as O and C). I did not find them upsetting or depressing as my friend did--in fact, I realised that in a weird way, I found them hopeful and full of a sense of possibility.

I do not have a fondness for utopian novels--I've read a few and found them bland and unmemorable. They simply do not seem as plausible to me as the dystopian novels I've read. I should say here that I only read a particular kind of dystopian novel and I am aware that there are many kinds of books within the genre. If a novel is all about the brutality, I'm not interested. If it's too sci fi-like, I am also not likely to read it. The dytopias I am drawn to are those that seem plausible and like logical outcomes of what we are doing now. I am also usually more interested in what comes after society has broken down than the path to the destruction. This is because what I find hopeful about such novels is the fact that the dysfunctional cultures that brought humanity to catastrophe have been destroyed and a new way is possible. The ways in which people begin to rebuild communities is what I always focus on in these kinds of books and it is that which makes me feel hopeful. As the reader learns about how the disaster came about, how societies broke down, and how new kinds of dysfunction take centre stage, we also learn about how there are always resisters. There are always people who rebel against the status quo and people who imagine a better world. It isn't that I think that eventually such thinking will lead to utopia--as long as there are human beings there will be conflict. But there will also always be people who can imagine a better, more just, more humane society than whatever the current situation provides. No matter how ugly and terrible things get, there are always people who pay attention, learn how to work the system, and, in ways large and small, create something better, even if on a small scale. I like reading about that. That's why such novels make me hopeful and not depressed.

Here are some of the books I've read over the past couple of years which I enjoyed very much and which fit this pattern:
Station 11 by Emily St John Mandel
The Mandibles by Lionel Shriver
Oryx and Crake by Margaret Atwood
The Year of the Flood by Margaret Atwood

The Sunlight Pilgrims by Jenni Fagan does not focus on the aftermath of a catastrophe, but on the experience of a few people as a crisis is gradually unfolding.

I would particularly enjoy a sequel to Station 11 to see how she imagines new cultures were built. 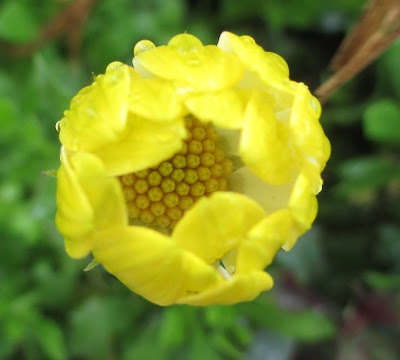