This morning, Patsy Cavanagh, a local singer/songwriter came to the Moville Library for a music and storytelling event. What fun! He told us the stories behind some of the songs and what inspired them.

He took a request from his friend (and our expert gardener at the community garden), Paddy, who said it was his favourite. It's called Can't Hold Back the Years.

This one, Home to Donegal, has been translated into several languages, including Norwegian and Danish. He said he has no idea what they are saying, but he's been assured that the song in those languages convey the same meaning. He said the song was inspired by playing in places like The Ballyliffin Hotel during the time of year when emigrants return home. He'd see them come in with their families for a meal. Afterwards, they'd go along and join in the sing song.  It was interesting for me listening to the song, because while this is not my homeland--not the land where I was born--I can so relate to the idea of coming back home to Donegal. It took me until I was in my 50s to feel that way about a place. It's not that I felt like I didn't have a home before, because I always made a place 'home,' even if it was a tent while we were camping across the northern US. I have always found my homes to be very important to me, but that had to do with the space inside the walls, not the world outside those walls. I liked some of the places I lived, but I always felt disconnected in some ways. I knew that, while they were nice and I liked them, they were not 'my' place. This is different. This is home inside the house and outside in the landscape.

Foyle Waters is an emigration song. Moville used to be a place where people would board large steamers as the first step in their journey to the US. He said that as the steamer would be leaving, people used to light turf and wave it as the ship went by as a way to say good-bye to their loved ones who were leaving. Back then, when someone left, you knew you were probably never going to see them again and they knew they would probably never see their people and that landscape again.

Listening to these songs and the others he played, I was reminded of how much place plays a part in both individual lives and the cultural stories here. I have been deeply affected by places I have lived, both positively and extremely negatively, but not in the same way. There has never been one place that has been 'my' place and I have not been in any one place longer than a decade. Most places have been far more temporary. I do not regret this, because I have learned a lot about the cultures in each place and have met some wonderful people. I know that I would not have been able to stay in one place for a long time because, for one thing, I never was in a place where that felt like the right thing and for another, I do not think I was wired that way. It's different for a lot of people here, though. I have had so many people ask me if I am 'homesick' or if I think I will go 'home.' It shouldn't still surprise me, but it does. For them, I was born in the US and lived there until I was in my 50s, so it must be home to me. I have never thought of the US as home, though, so I am still startled when people assume that it is. I have no doubt that there are many people who have left Ireland who do not feel the least bit nostalgic and are happy to be wherever they are or who move around a lot and are happy to do so. The people we talk to are those who have either been here forever, have traveled and always come back, or who went to live elsewhere for a time, but have returned home. In any case, I am glad to be able to answer enthusiastically, 'YES!' when people ask if we are happy here and if we think we'll stay.

Patsy started off this morning talking about how music is a universal sort of communication. I guess so--his songs got me thinking about a lot of things this morning and made me appreciate this place even more! 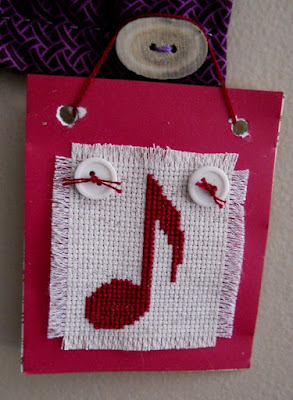