I fired up the bread maker this afternoon to make some dough for jalapeño cheese rolls. I used the same ingredients and amounts that I use to make the wholemeal pizza crust, and added red jalapeños from a jar and some cubed extra mature cheddar cheese. When the dough was done in the machine, I kneaded in a small amount of dry jumbo porridge oats before forming the rolls and baking. They are delicious! 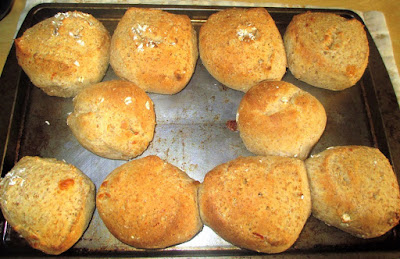 The rest will be handy for breakfasts or lunches. They're big enough to be used in small sandwiches too, if we want them that way.

I have some leftover potatoes that will be handy for supper tomorrow--might turn them into potato pancakes.

We picked up a new-to-us kind of biscuit this afternoon and we will try those with a bit of the lemon pudding I made this afternoon.

I had to actually plan supper today, after having lasagna for the last few nights--made a pan and had the leftovers to heat and eat. 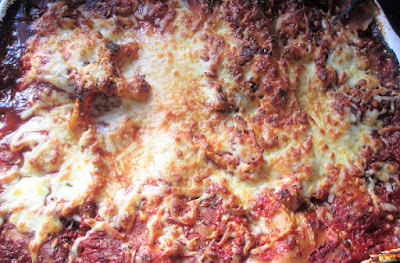 It's always nice to have stuff in the fridge ready to go or to use in something else. It's also really great to have freezer space again after having just a tiny compartment in the under-counter fridge that was in the apartment.

We are supposed to have a few cooler days with a chance of wintry showers. Might be some soup in our near future and some more rolls to go with it!