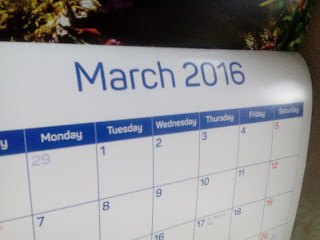 In the early morning light
the birds announce their arrival
bearing gifts--
my spring shroud of sadness
and
the tiny lead seed
that burrows into
the pit
of my stomach
and
prepares
to germinate.
Share
Posted by Shari Burke at 23.3.16 0 comments

Spring has arrived. This is always a tough time for me. My annual depression kicks in and I have to start to adjust. I can usually get used to it enough so that it becomes a sort of hum in the background of my life until the end of summer. I read a poem today and the last lines were, " Spring has arrived/ I must not despair." That describes me so well! This year I have also been coming to grips with the fact that we are moving--something I was completely unprepared for and not keen on doing.

Bill was unhappy about a few things here, some of which could be remedied and some that could not. I was feeling quite happy here and knew that the things that bothered me could be easily fixed. I was feeling settled and he was not. So we had to decide what to do, since our lease here will be up next month and we were required to give a 35 day notice.

We had planned a trip to Moville because we both wanted to see it and we were drawn to the shore path they have there. We booked a few nights in the Moville Boutique Hostel, which turned out to be an excellent place, and off we went on the bus. I liked the place. Bill loved it.

As it happened, there was a place available to let. In our previous meanderings around sites like daft.ie, we had come across Moville, which is how we even knew about it, but there was almost never anyplace suitable available for long term letting. But this time there was an apartment in a good spot that was not too big for us and with rent even less than we pay now. I had told Bill that if he really wanted to move, he would have to do all of the communication with letting agents--I'd done it the last two times and since he was the one who wanted to move, I figured it was his turn!

He called the letting agent and set up an appointment to see the place. I had said if it looked like it would be OK, I would agree to move. It did and I did. We knew there were people behind us wanting to look at it and it was unlikely to be around for long, so we agreed to come back with the security deposit before we left town.

I spent the next day sick in bed and Bill started having second thoughts. I told him that it really was up to him because I really had no interest in moving, although I could already see that there were plenty of things about Moville that will be quite good for us, and even better than Killybegs.

By the following day I was feeling better and was extremely hungry besides! We went out to breakfast and walked around town for a couple of hours. He decided to go for it, so we went and handed over the security deposit. We will be going back on 30 March to pay the rent, sign the lease, and get the keys. Our wonderful friends and neighbours are escorting us up to Moville with our stuff. It's about 2 hours away--still in Co Donegal (I really hope I never have to leave Donegal!!).

I will really miss Killybegs and my cottage here at the Old Coast Guard Station. I will miss looking out the window at the garden and the harbour as I am cooking. I will miss the people--both the humans and Little Man Fergus. That said, there are some really good things that I am looking forward to in Moville.

There is a local library branch there--tiny, but right around the corner from us. This means we will be able to request books and pick them up there. We will be able to pick books up at other branches when we are in other towns and return them locally. This is much more convenient than going into Donegal Town on a Thursday afternoon to do these things.

The shore walk there is wonderful--goes from Moville to Greencastle along the shore of Lough Foyle and to where it meets the sea. We only went halfway when we were there and I fell in love with it. Looking forward to walking the entire trail. I can see myself spending a lot of time sitting on any of the many benches just reading, stitching, or writing while listening to the water and the birds. It is only a few minutes from our apartment. 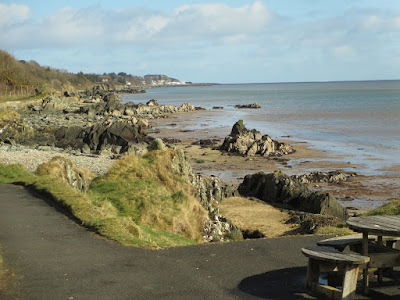 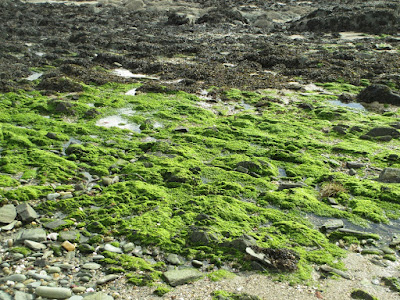 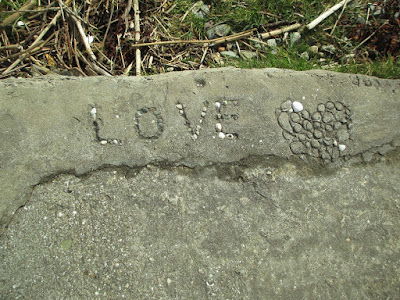 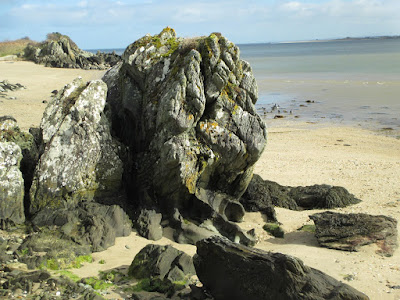 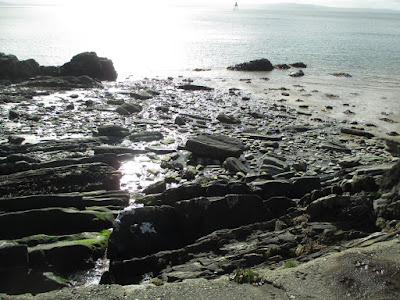 There is good bus service so we will be able to do lots of day trips to places like Letterkenny, Buncrana, and Derry, which is about 30 km south of Moville.

One huge thing is that the apartment has electric storage heat! Hurray! We would not have taken it if it didn't, I think. One of the things we have both HATED here was the open fire. We could have had kerosene delivered to run the boiler that is in our shed or we could use the fire which has a back boiler. Both heat the water and the radiators. The immersion hot water tank can also be heated electrically. We were totally clueless about this open fire stuff, but did not really want to be dealing with kerosene deliveries and minimums and all of that, so we went with the fire. I can now say that I hope to never see an open fire again. Neither of us did well--coughing, clogging, bloody noses resulted. We found out that in order to have a fire hot enough to actually heat the radiators, we would have to burn coal. They burn a lot of coal in this country. Once we needed fires every night I had a constant taste of coal dust in my mouth. We supplemented the coal with briquettes, some logs, and some turf that our neighbour gave us, but it was still expensive and I was always aware of the environmental costs. At least some of the electricity we use, both here and in Moville, is generated by wind. We had electric storage heat in Ballinrobe and it was wonderful--clean, efficient, easy to use, and no fumes or dust.

So we move along. This would not have been my choice and I have shed a few tears, but Bill would have really regretted not going. He said if I did not like it he would stay in Killybegs, but I did like it and could see no reason to deny him this. I spent a few days feeling sad, but decided that that was enough of that and it was time to stop acting like a spoiled brat. With so many people sleeping rough and/or having no secure place to live, I am going from one wonderful place to another with my favourite person. There is much to be grateful for and to celebrate. So I will.
Share
Posted by Shari Burke at 20.3.16 4 comments

books at the charity shop

Found these on a couple of trips to the charity shop. The ghost stories book is a reprint of one that was originally published in 1926. Obviously the person that owned it did not care about the introduction because those pages were not even cut apart! Was very pleased to find these as they will be an interesting angle on Irish folklore. 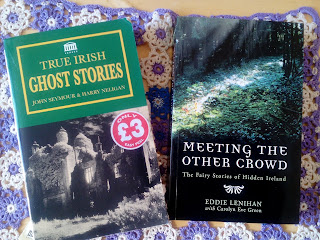 We are off for a few days in Moville next week. Be fun to see another part of the island!
Share
Posted by Shari Burke at 5.3.16 1 comments