The Storm Has Passed

I woke up this morning with another sinus pain/ice pick (this time on the left side) feeling. I was resigned to having another day of not doing much, but by early afternoon I was feeling better. This coincided with the end of the storm, so I wonder whether it had something to do with barometric pressure. I'm still not feeling quite right, but at least I feel better than I did and I am grateful for that!

The storm came through overnight and this morning, bringing very high winds and some lashing rain. At one point, just as I was about to drift off to sleep, I heard gushing water and feared we'd sprung a leak somewhere, so I dragged myself out of bed to investigate. It was all coming from outside and we were quite snug and dry in here. A few hours later I got up to see what was going on outside and watched hail bouncing off the windows. I was prepared to lose power and although many did across the country, we did not.

We spent a cozy night inside listening to the wind play a tune on the metal railings of the deck. Bill read and I tatted and cross-stitched. This morning I read a little more of the book I am trying to read so I can return it to the library and I read a few passages aloud to Bill. He thinks he might want to read it too, so we might buy ourselves a copy and I'll just move on to something else and return this one. It probably would be a good book to have to refer back to in future.

We are staying in again today and I just made us some tea. I noticed my rosemary plant on the windowsill is still blooming. 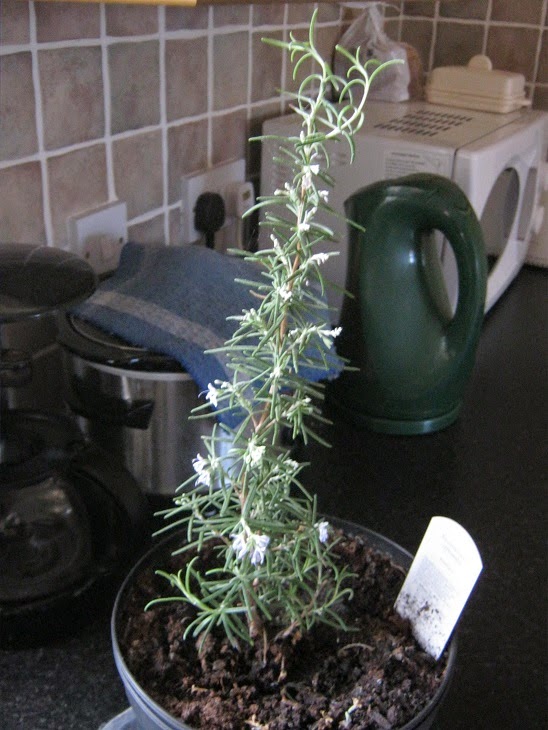 It started about 6 weeks ago, I guess. I had thought about putting some very small ornaments on it for Christmas, but Mother Nature had better decorations, so I left it alone and just enjoyed the flowers!

I am surprised to see the plants doing so well. I thought my parsley would kick the bucket in the chilly bedroom, but it's going great. I trimmed back my mint and dried it so the new shoots could have space to grow. In the kitchen, I planted some new garlic cloves the other day and have some sprouts. I used most of my celery last week and new stalks are growing taller. Even my avocado plant has grown 4 new leaves in the past few weeks! 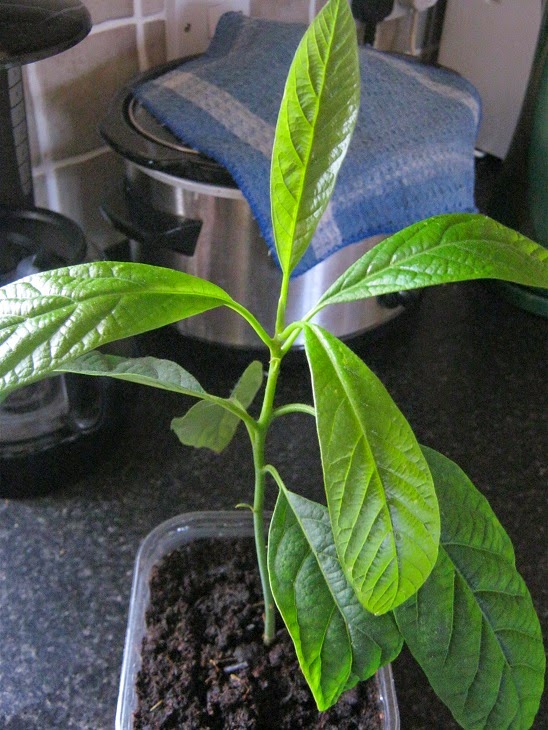 Things are quiet now, both inside and outside. In a couple of hours, I will make some macaroni and cheese for supper. It seems like a good day for it. After that, I'll see what I get up to.

I hope that wherever you are, you are having a peaceful and satisfying day!