We've been told for the past several days that yesterday and today would be the start of some "arctic" conditions--"bitterly" cold with various forms of precipitation, some frozen and some not. Now let me say that I think it is very good to warn people of potentially bad weather and the possible consequences. Here even a little bit of ice or snow can cause big problems, especially for people on the roads. The roads are narrow and many have no shoulders--there are stone walls right up against the road in many places. Add to that people who are not used to driving on icy roads and the potential for serious crashes and other incidents is greatly increased. That said, I have been amused at the coverage as I continue my adjustment to a different conception of "winter."

I saw a Facebook post yesterday that showed a road bordered by tall walls of snow on either side. The accompanying blurb informed people that "arctic" conditions were on the way. Read on and you learn that there could be as much as 3cm of snow accumulation (!) and temperatures were going to plummet to around -5 (C) at night!! That is +23F. I have been in the arctic at this time of year and I can say that that's not arctic, unless you're talking about an arctic spring. Those conditions might look like the arctic in late March or early April. Of course, as climate change continues its ugly march and changes the arctic in highly disturbing ways, maybe those will soon be arctic winter conditions.

In any case, it's chilly out and the wind is blowing, so it feels a little chillier still. We are alternating between sunshine and showers that are some mix of rain, snow, sleet, and/or hail. The road is wet and not icy--at least around here, though as the temperature drops at night, it may well become so. I hope that people are careful and it does seems as though traffic is light. There is a bit of a contrast, though, between what our winter storm looks like and what it looks like in the Maine town we lived in before we moved here! They really did have walls of snow along the roads as they got 2 feet dumped on them the other day! They are well prepared for it and probably did a good job clearing the roads and sidewalks promptly. One of the problems here is that much of the country is rural, the roads are winding and narrow, and the road clearing infrastructure is not as well organized or developed as it is in places with long, cold winters. Small issues quickly become big problems.

As winter "rages" I will continue to enjoy looking at the patterns made by the twining tree trunks and the silhouettes of the branches against the sky. They will start to leaf out soon enough. 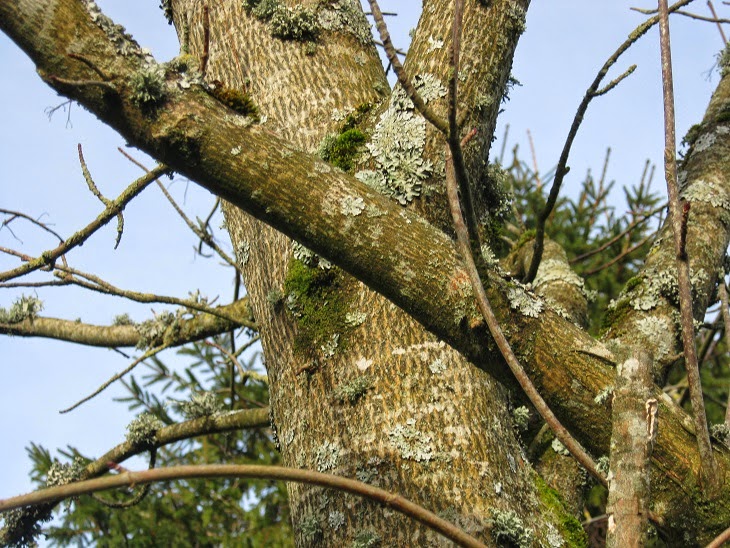 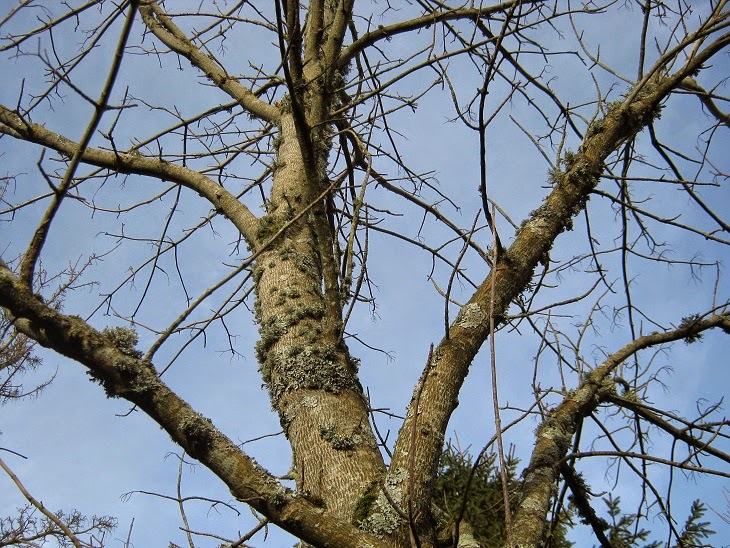 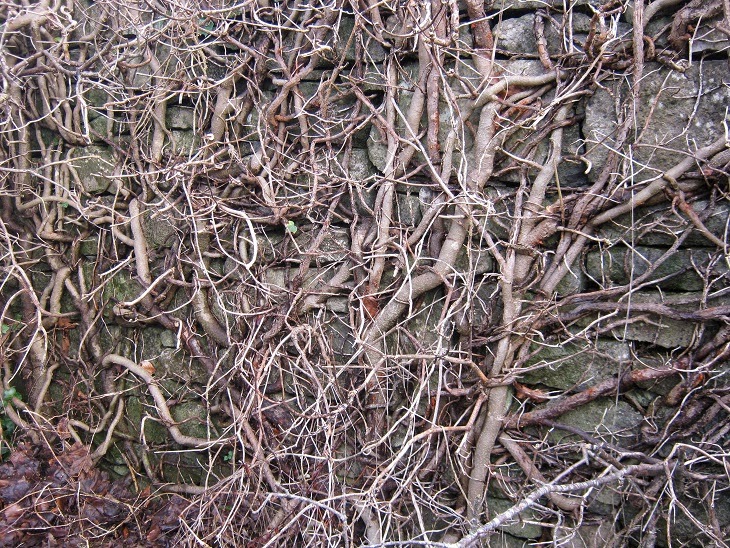