For some reason that song has been running through my head today. I suppose it's because after three days of brain fog and a moving headache, I am feeling better and hoping that I might be able to do some stuff that I've been unable to do lately. The pain in my head would morph from a vertical, migraine like pain which felt like someone was inside my face trying to hack their way out the right side with an ice pick, to a horizontal mask of sinus pain. Add to this several nights with hardly any sleep and it all equals brain fog and an inability to concentrate on anything much. I got up this morning, ate breakfast, had a cup of coffee, took some medication, went back to bed for a while, then got up and made some fish chowder for lunch. I still have some sinus pressure, but am feeling better than I have been.

I have had this book from the library since before Christmas and had planned to be done with it by now. 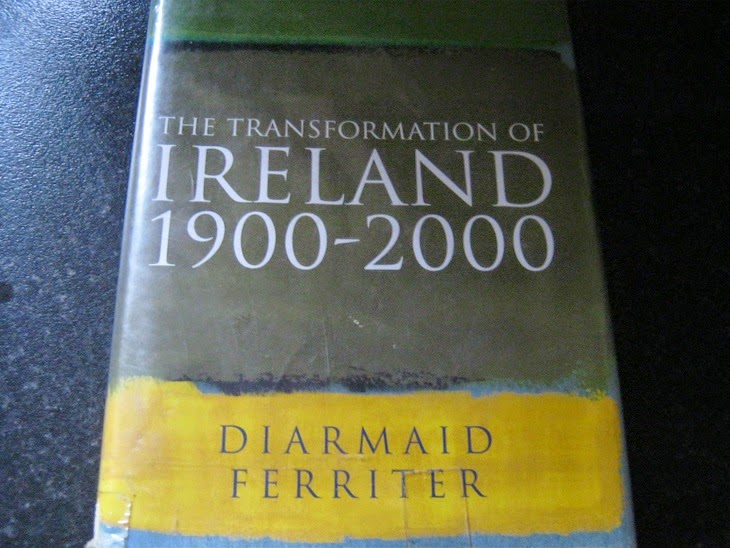 I've read another book of his and it was really informative. He's a good writer, especially for an academic, and he packs a lot of information into the 700+ pages of small print. This requires attention and I have not been able to concentrate on it these last few days. I'm hoping I can get into it now. Talk of the commemoration of the 1916 Rising has begun--as have the arguments about what this should look like. In order to make sense of what I am hearing about that and to better understand stuff about Irish culture today, I need a better grasp of this period of history. When we first got here, another book by this author (Ambiguous Republic) along with some books by Fintan O'Toole (Ship of Fools, Enough is Enough, and Up the Republic) helped me put some of my own early observations into context. I expect this book will be equally enlightening and I am eager to delve into it!

Haven't done much on the stitching front, either. I have a cross-stitch project in progress that I planned to be working on, but there is a lot of counting with that one and I decided to set it aside until a day when I can better concentrate on it. I have been able to work on a tatted mat made of motifs--I have done so many of these motifs over the past few months that it's all kind of automatic now. This is my mindless project--I always try to have one of those ongoing for times such as this, when I can't really concentrate well on other stuff. Usually I have a length of thread left after weaving in the ends on each motif. I hate to waste stuff, and if the thread is long enough, I make a center ring for another motif. If it's not long enough for that, I save it for cross stitching. I grabbed one of my older charts and started stitching with these scraps, changing colour whenever I ran out. 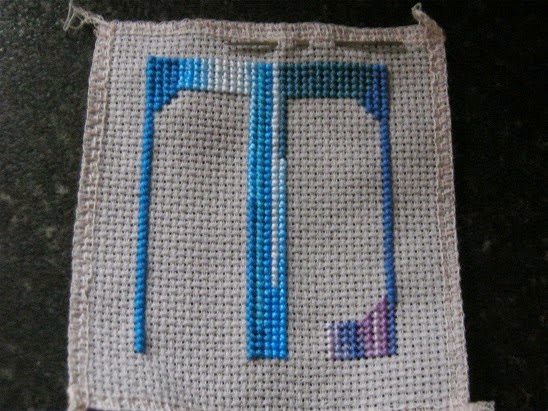 The stitching is done with strands of embroidery floss, lengths of crochet cotton, and lengths of perle cotton. The aida cloth I'm stitching it on was in a package of small scraps that someone was selling on ebay. Bill saw the listing and got it for me, since he knows how much I like to use odds and ends and scraps. A few pieces  came with the edges like that--I'll probably crochet around it when I'm done with the cross-stitch.

There was more snow overnight, but it's all gone now. The rain and wind have arrived and from what I hear, both are going to pick up as the day goes on. Some places have been warned about high waves--some places last year had a lot of flood damage in a storm like this. Hopefully people will not suffer the same sort of damage this time.