We had a couple of errands to do this morning, one of which took us right by the charity shop, so we popped in. I made a beeline to the book room, starting on the right side as I usually do. As I was scanning the shelves, one of the volunteers came in with several books and was sticking them wherever she could find a spot. She was behind me and Bill was next to her, looking at the books on that side. I heard him say, 'There's an Agatha Christie.' As I was turning around, I was replying that I probably already had it on my e-reader. Then I saw that I was wrong. There was one of her novels that I do already have, but the book that had just been placed on the shelf was this one: 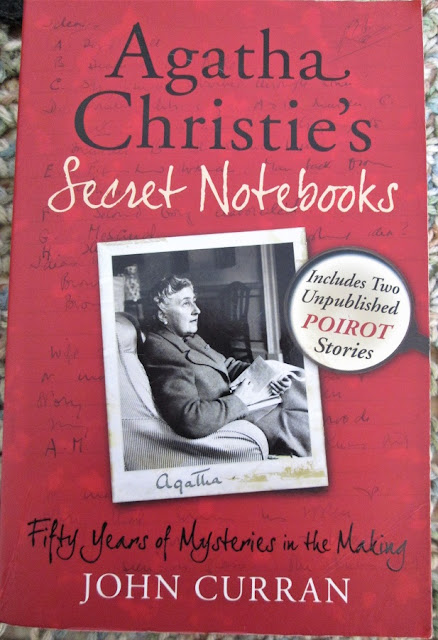 I wasted no time grabbing the book off of the shelf, where it had rested for a mere 30 seconds or so. 😀 I'd heard of this book when it was published a decade ago--somehow I was offered a free e-book that was an excerpt or a preview or something. I had it on my e-reader for a while before I read that and I knew that there was a more in-depth book out there, but never remembered to request it from the library. I'm glad to have it--I've loved Agatha Christie since I was a teenager. As Bill said, 'It's a keeper.'

We kept on browsing and the volunteer came in with more books, commenting on how many they have and how they have trouble finding space for them. I told her that we try to come in regularly to help out by making room on the shelves. She laughed, but she actually was sticking books into the space I had just created. One of the books was this one: 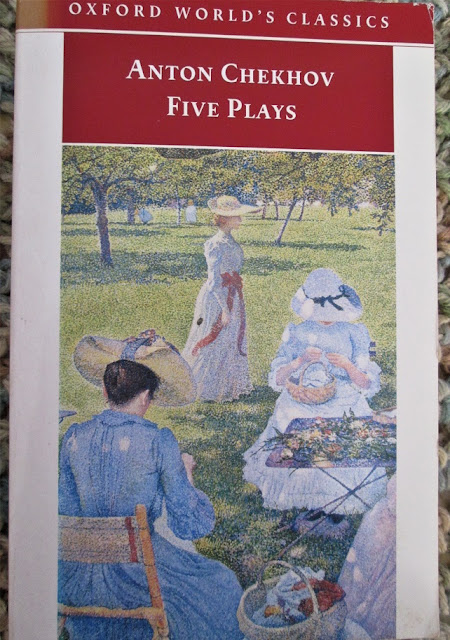 I think the last time I read Chekov, other than a short story or two, was in my very first year of college, when I took a World Lit class. That was over 30 years ago, but I do remember liking him, so I was happy to find this one, too.

One of the books Bill picked up was also one that she was putting on the shelf as we stood there. Clearly we were in the right place at the right time today.
Share
Posted by Shari Burke at 27.11.19